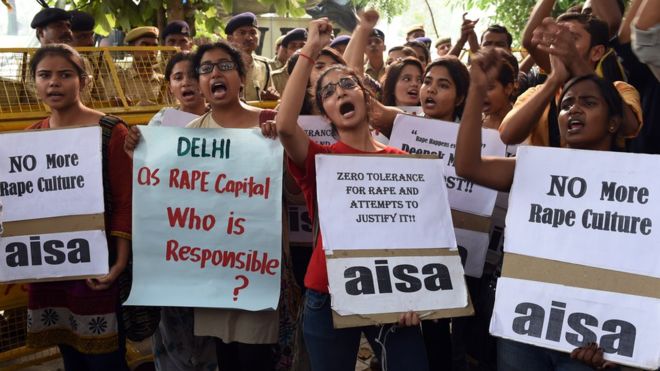 An eight-month-old baby girl has been raped, allegedly by her cousin, in the Indian capital Delhi.

Police say she is in a critical condition after being admitted to hospital on Sunday. They have arrested the 28-year-old cousin.

Delhi Commission for Women chief Swati Maliwal, who visited the girl, described her injuries as “horrific”.

The debate over sexual violence in India has grown after the fatal gang rape of a female student in 2012.

The rape of the baby girl happened on Sunday but came to light on Monday after local media reported it.

Ms Maliwal tweeted that the baby had undergone a three-hour operation and that her cries could be heard in the hospital.

Is this a new low for India?

This distressing case of assault on an infant has shocked India and made national headlines. The extent of her injuries has horrified many and prompted them to wonder whether we have reached a new low.

But a look at the statistics, compiled by the government, shows that such crimes are not uncommon.

And worryingly, their numbers are rising rapidly.

A couple of years ago, an 11-month-old was kidnapped by a neighbour while she slept next to her mother and brutally raped for two hours.

And in November 2015, a three-month-old was kidnapped and assaulted in the southern city of Hyderabad.

How are people reacting to the news?

Ms Maliwal described what she heard when she visited the hospital where the baby was being treated.

“Her heart-rending cries could be heard in the intensive-care unit of the hospital. She has horrific injuries in her internal organs,” she tweeted after visiting the hospital on Monday night.

“What to do? How can Delhi sleep today when 8 month baby has been brutally raped in capital? Have we become so insensitive or we have simply accepted this as our fate?”

She also tweeted a direct appeal to Prime Minister Narendra Modi that “stricter laws and more police resources” were needed to protect girls in the country.
Others joined her, expressing shame and anger over the horrific crime.

Has the situation for women improved in recent years?

The 2012 gang rape and murder of the 23-year-old student on a bus in Delhi sparked days of protests and forced the government to introduce tougher anti-rape laws, including the death penalty.

There has also been a change in attitudes – sexual attacks and rapes have become topics of living room conversations, and not something to be brushed under the carpet, our correspondent says.

However, brutal sexual attacks against women and children continue to be reported across the country.

But what is heartening is the refusal of women to give up their fight, our correspondent adds. 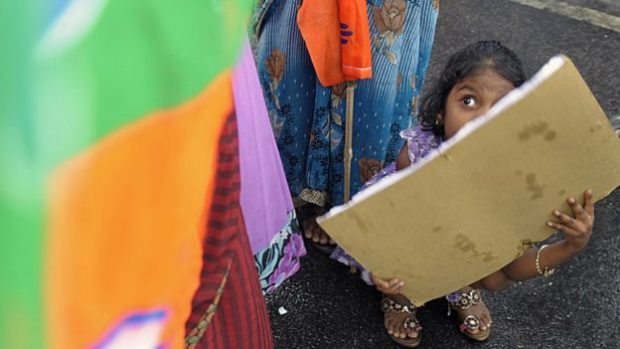 What is the scale of child rape in India?

Police recorded 19,765 cases of child rape in 2016
240 million women living in India were married before they turned 18
53.22% of children who participated in a government study reported some form of sexual abuse
50% of abusers are known to the child or are “persons in trust and care-givers”