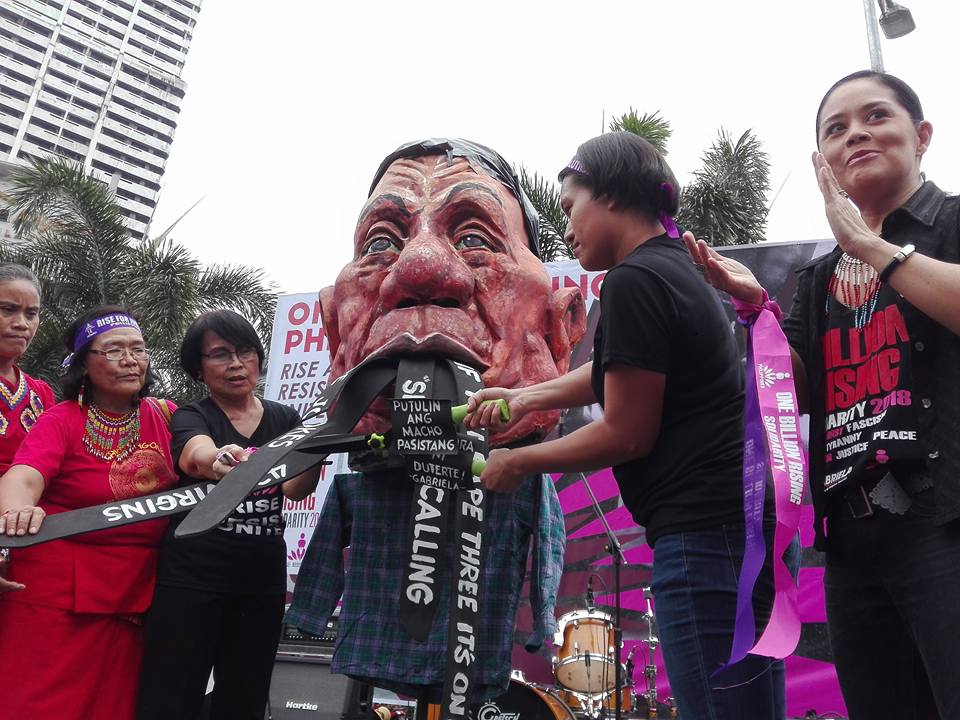 Photo: Ridiculing the president by symbolically cutting his tongue

The Feminist Party Gabriella deplores in the most decisive way president Duerte’s misogynist and bloodthirsty calls. Here is their post in their facebook and photos from mobilisations of One billion rising:

“On Harry Roque’s justification of Pres. Duterte’s statement to shoot female NPA guerillas in their vaginas

Presidential spokesperson Harry Roque’s lame justification cannot cover up Duterte’s anti-women verbal diarrhea, which has already angered women and various groups across the country and the globe. It is a ridiculous defense of Duterte’s un-presidential and obscene endorsement of violence against women.

Whether taken literally or not, Duterte’s “shoot in the vagina” remark is a glaring proof of his macho-fascist mindset, and constitutes a flamboyant seal of approval to what was otherwise barbaric acts that the AFP used to conceal or keep secret.

We should remind Roque and the President that in 2011, 2 female NPA fighters who were killed by state forces were found without their pants and their panties were torn in the crotch area. 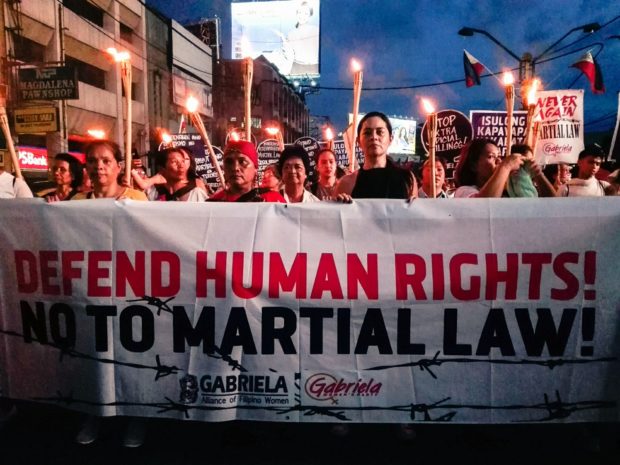 The AFP denied these allegations but now having the green light from the President, they might as well admit to these facts and claim the prize from their fascist leader.

Roque should also be fully aware of the magnitude of the President’s statement as the former lawyer of the victims of the Ampatuan Massacre where a witness testified that women victims were stripped and shot in the genitals, their vital parts chopped with a knife.

The mouth of the President is a weapon of war in itself; always suffering from verbal diarrhea discharging sexist remarks. Such statements erodes the very fabric of our community and our society.

Tomorrow, Feb. 14, Gabriela will lead a massive dance protest to seriously call out President Duterte’s misogynist remarks in line with the One Billion Rising campaign. Duterte should expect angry vaginas to furiously denounce his macho-fascism. We advise this regime to take the anger of vaginas, women and the nation literally and seriously.” #
13-2-18 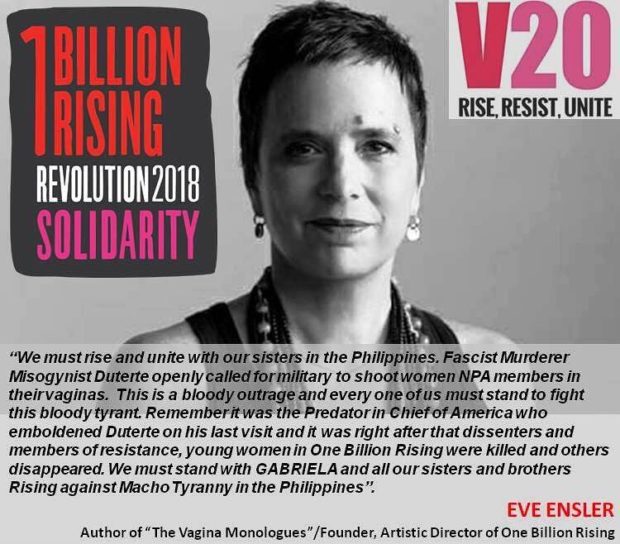