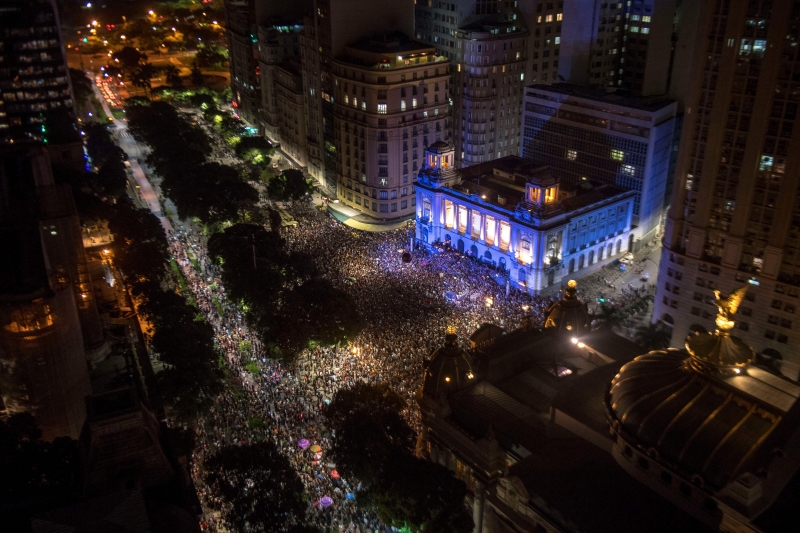 A massive protest on the assassination of Marielle Franco in Rio de Janeiro, and scenes from her funeral.

Brazil: Authorities must bring all those responsible for Marielle Franco’s death to justice

If the State fails to bring the culprits to justice it sends a message that human rights defenders can be killed with impunity. The authorities must make clear that this is not the case and move swiftly to investigate those who killed Marielle and those who ordered her death.”

Elected to the Rio de Janeiro city council in 2016, Marielle was known for defending women’s rights, with a particular focus on the black women’s struggle, as well as LGBT rights, and for denouncing police abuses and extrajudicial executions, particularly in the favelas. Days before her killing, she was appointed rapporteur of the commission to monitor the intervention of the armed forces in public security tasks in Rio de Janeiro. 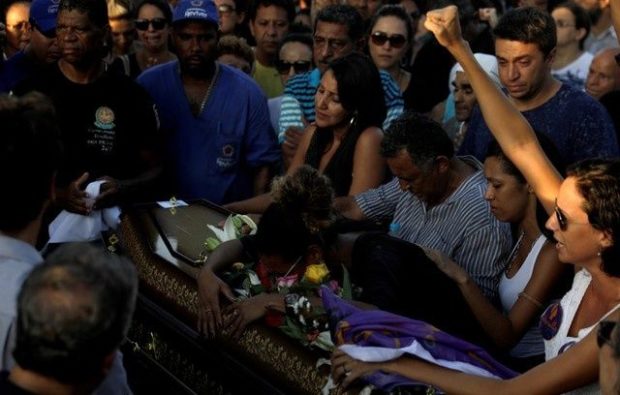 Marielle and her driver were shot dead while driving through Rio’s Estacio neighborhood after participating in a public debate on 14 March. At least 13 shots were fired, four of them hitting MMarielle in the head. The nature of the shooting and the reported involvement of assailants in two vehicles indicate that it was a carefully planned assassination carried out by trained personnel.

Amnesty International calls on the Brazilian authorities to conduct a prompt, thorough, impartial and independent investigation that not only identifies the shooters, but also those who ordered the killing. 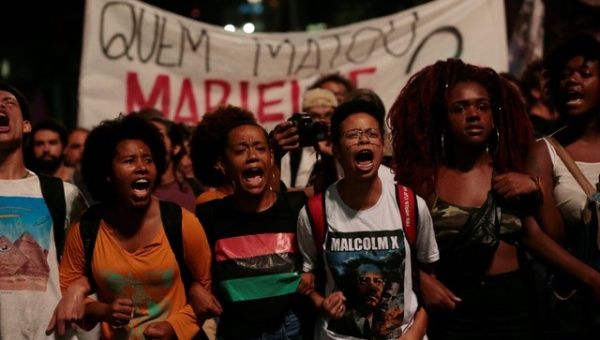 Failure to identify all those responsible would put dozens of human rights defenders at grave risk. Brazil is one of the world’s deadliest countries for human rights defenders, with at least 58 killings in 2017. Such killings typically discourage mobilization, fueling fear and silence in society.
“The killing of a black, lesbian, human rights defender who stood up for the most marginalized sectors of society is clearly intended to silence her voice and generate fear and insecurity. But we will continue to raise our voices. People in Brazil and all over other world have mobilized since Marielle was killed and will not rest until the truth is known and justice is done. They tried to silence us but we’ve shown that we’re not afraid.”