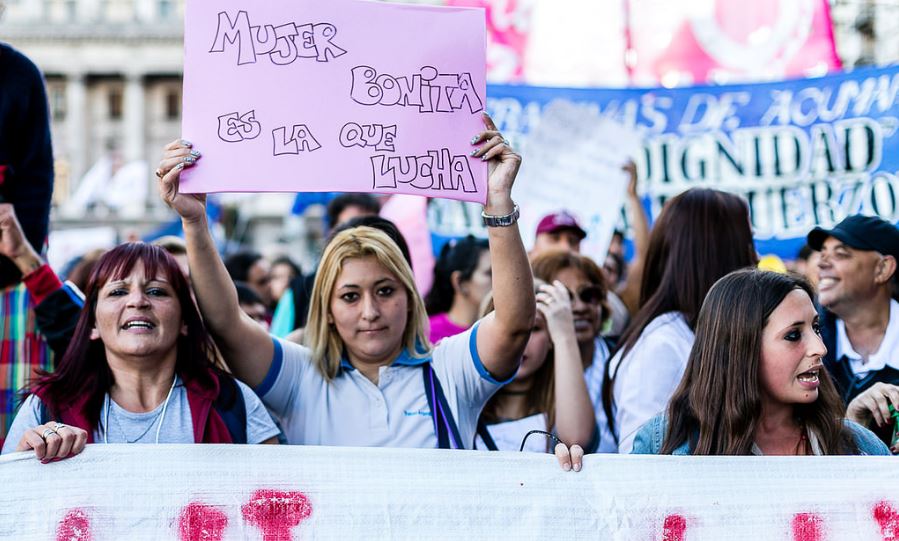 “If the measure is effective, Argentina would become the most populous country in Latin America to allow abortion, a landmark in the region, where there are strict laws against it,” highlights Bárbara Ester, researcher at the Latin American Strategic Center of Geopolitics (CELAG). 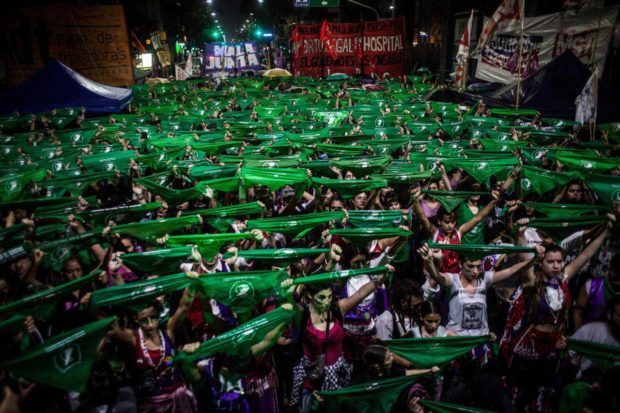 One of the few campaign promises fulfilled by Mauricio Macri’s right-wing party Cambiemos has been to enable the debate on the decriminalization of abortion in Congress. In this sense, their position marks a clear differentiation with respect to the conservative progress in the region, which has meant a legal and real setback in women’s rights. Argentine legislators are debating a measure so that a pregnancy can be terminated within the first fourteen weeks of gestation. If the measure is effective, Argentina would become the most populous country in Latin America to allow abortion, a landmark in the region, where there are strict laws against it.

Last year Argentina was the first country to organize a global strike on the International Women’s Day. This year’s mobilization power has had a major impact on both international and local levels. On March 8, women again carried out a massive march in which dominated two colors: violet as a sign of adherence to this international strike and green, to defend the bill presented in Congress to legalize abortion.

Given the powerful mass demonstrations by the Women’s movements, Mauricio Macri- who has personally said that he is against abortion- tried to satisfy with the historical demands of feminism. That same day he announced the submission of a bill to the Parliament to equate the wage gap between men and women, extending maternity and paternity leave while, at the same time, instructed his legislators to enable the discussion on voluntary termination of pregnancy project. Unlike the positioning of conservatism in the region, Cambiemos is pragmatic and seeks from a liberal conception to win adhesions with issues with strong support in public opinion.

The government agreed to the legislative process, but does not have a party line in favor towards its congressmen but it grants “free will” and “freedom of conscience” to its legislators with respect to a backbone policy of public health. The following table, prepared by the Feminist Economy, reflects the tentative vote-in favor or against the measure-according to the orientation in favor. 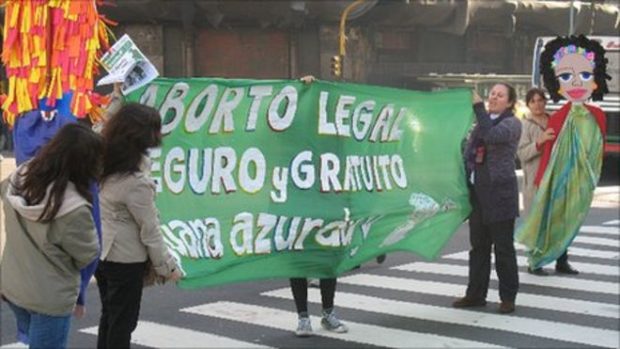 The analysis is not exhaustive but seeks to reflect the data both in absolute terms (number of people) and in relative terms (percentage within the block). As one can see, Cambiemos is the one that presents the greater opposition to legal abortion. The Front for Victory is the group that would bring the highest rate of positive votes to the project, followed by a substantial number of votes of alliance Cambiemos, which come largely from the Radical Civic Union. The lack of support received by the legal abortion project by the 1país coalition is striking. The only block that 100% supports the project is Worker’s Left Front (FIT). Cambiemos has given the condition of the possibility of debate but at the same time is its most fierce opponent (in absolute terms) to decriminalization.

Another conclusion that is possible to extract is that, mainly, the benches do not have a clear line, and abortion -the nuclear issue of feminist debates- has ceased to belong exclusively to the demands of the left to join the corpus of the individual rights. In this sense, Cambiemos itself can interpret the body as part of “private property” of women, as argue the famous ultra-liberals like Gloria Álvarez.

The importance of Public Opinion

A recent public opinion study conducted by Amnesty International and Centre for the Study of State and Society with the consultancy Quiddity revealed that more than half (59%) of the Argentine women and men are in favor of decriminalization of abortion. 70% of the people interviewed consider it very or quite important for Congress to debate decriminalization. The numbers speak for themselves, and it is speculated that the influence of pro-abortion movement constitutes one of the main reasons that Macri was motivated to take a relatively neutral stance.

Some hypothesis that explain this tendency:

-The Catholic Church has been losing influence in recent years, but the Pentecostal Churches do not have the same strong social roots that they have in other Latin American countries.

-12 years of progressive government have made the State assume policies and debates on gender equality, while the use of inclusive language and the very figure of Cristina Fernández de Kirchner marked an impact on a symbolic level.

-Argentina has a tradition of secular and liberal rights whose exclusive economic and social model is compatible with individual liberties.

This fact represents a clear differentiation with respect to regional fashion in which the role of Pentecostal churches has jeopardized women’s rights and LGTBI communities. In this sense, Cambiemos is pragmatic and prefers to be guided by opinion polls and focus group than to be locked up in the system of traditional values. If the decriminalization was approved, Argentina would be one of the few countries in the region to allow abortion without grounds restricting it.

The fact that voluntary termination of pregnancy is discussed in Congress is not because the government is interested in guaranteeing and extending women’s rights. On the contrary, the measures that the government has been passing undermine rights achieved by women.

This is evident when looking at the repression of the massive march on March 8 or the harassment of transvestites and LGTBI communities, to the 67 million budget cut to programs for the prevention of gender violence and the closure of care programs for victims of sexual violence crimes.

Policies of ‘adjustment’, repression of social protest and state neglect are related to the dismantling of gender policies. Since 2015 the absence of publicity for the free hotline for assistance and prevention of gender violence (144) reduced the number of calls by half. Several programs on gender-based violence were closed while others were emptied. Currently, the budget received by the National Council of Women, i.e. the body responsible for implementing protection against gender violence, is only 0.0055% of the total national budget.

The continuously updated online poll run by Economía Feminista predicts an open end with 101 votes in favor of the voluntary termination of pregnancy, 108 against, 23 unconfirmed votes and 2 abstentions. However, activists argue that it will be difficult for senators to vote against it if the measure gets broad support in deputies. If approved in the Lower House, it must be supported in the Senate, where the weight of the rural provinces-with greater religious and conservative influence-will be felt. The same recount warns that only 16 senators have pronounced themselves in favor of decriminalization; 27 have said to be against it, and 29 have not declared their position. Therefore, if the orientation of the current vote is maintained, it is unlikely that decriminalization will become a law.

Activism in favor of women’s rights, whose key milestone was in 2015 with the “Not even one less” campaign against Femicides, has made a strong impact on the political agenda. Argentina has adopted in recent years some of the most progressive social policies of Latin America -Universal Allocation per Child (AUH) and the retirement of housewives. However Law 26,485 that sanctions comprehensively gender violence, etc.- has not updated its regulatory framework on abortion – with returns and turns – since 1921. Maybe that’s the much-touted “heavy inheritance”.