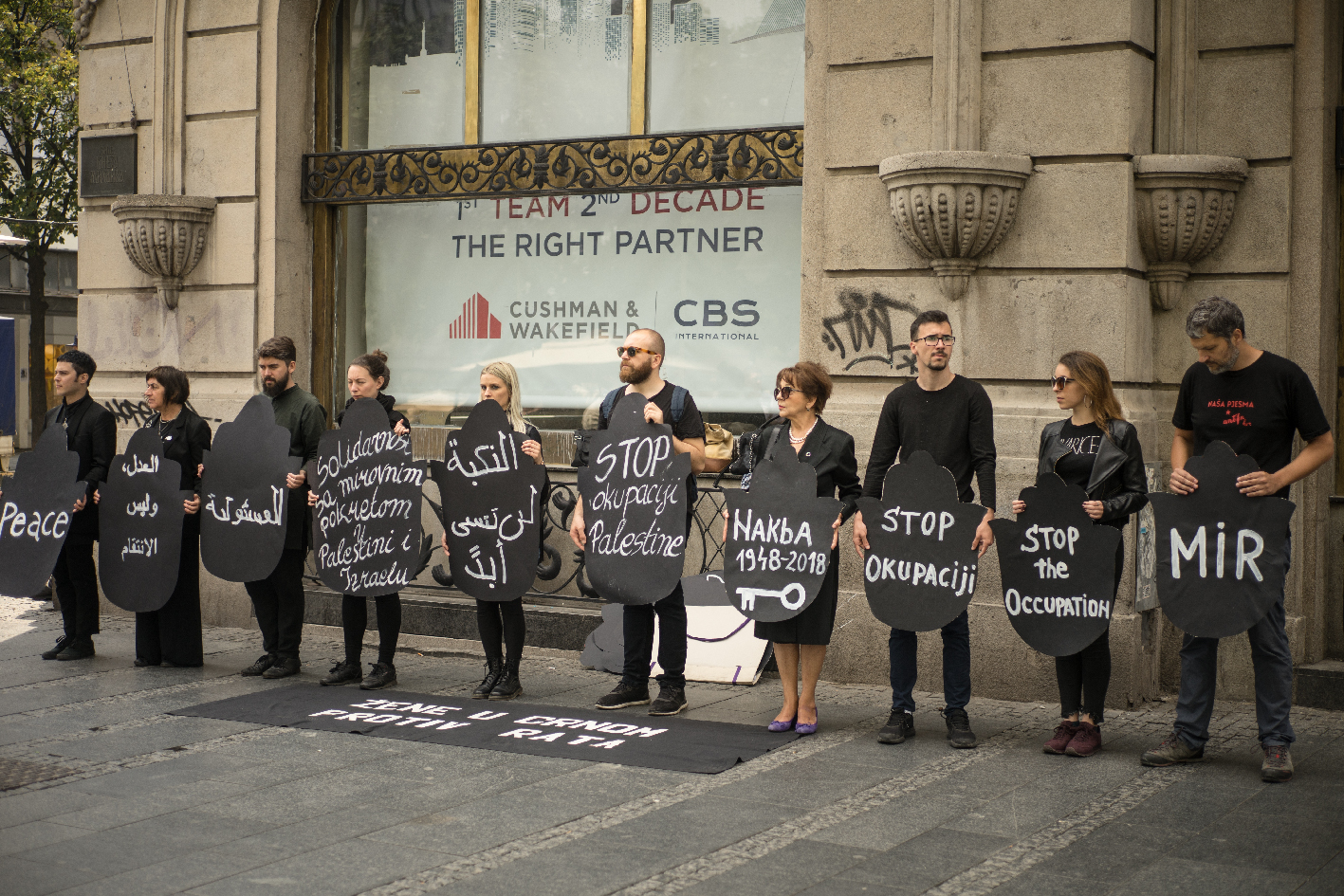 Women in Black protest in favour of Palestine, in different cities of Europe.

On the May 14th 2018 at Knez Mihailova street in Belgrade, Women in black organised peace action „We will never forget Nakba 1948“ regarding to 70 years from the begining of Nakba (Disaster), when on the teritory of Palestine was created the state of Israel. Action was in black and silence.

On the protest we raised the following banners on arabian, hebrew, english and serbian lenguage:

Around 20 activist atended the protest. Protest was passed with increased presence of police, without media coverage. 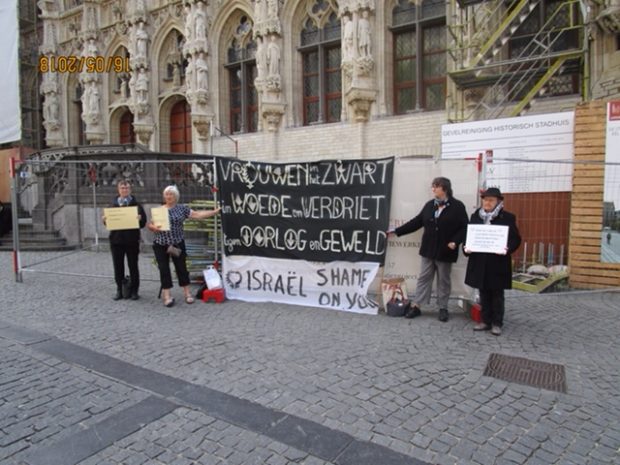 WOMEN IN BLACK IN THE BELGIAN CITY OF LEUVEN 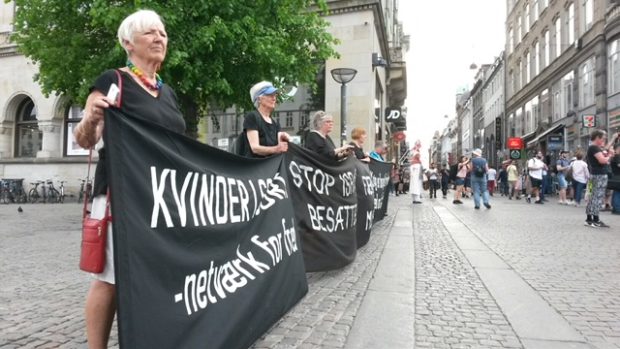 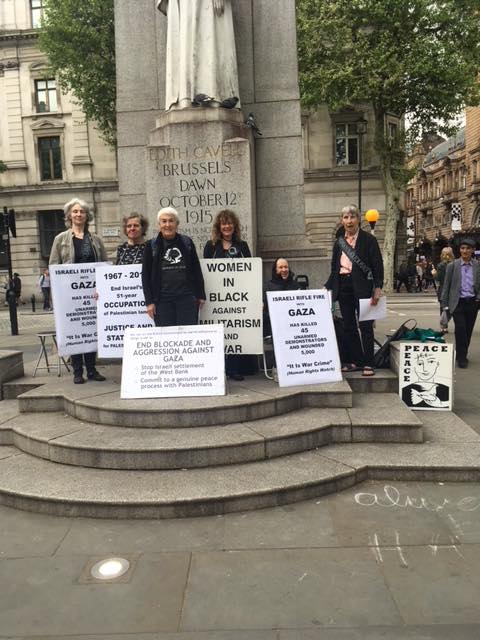