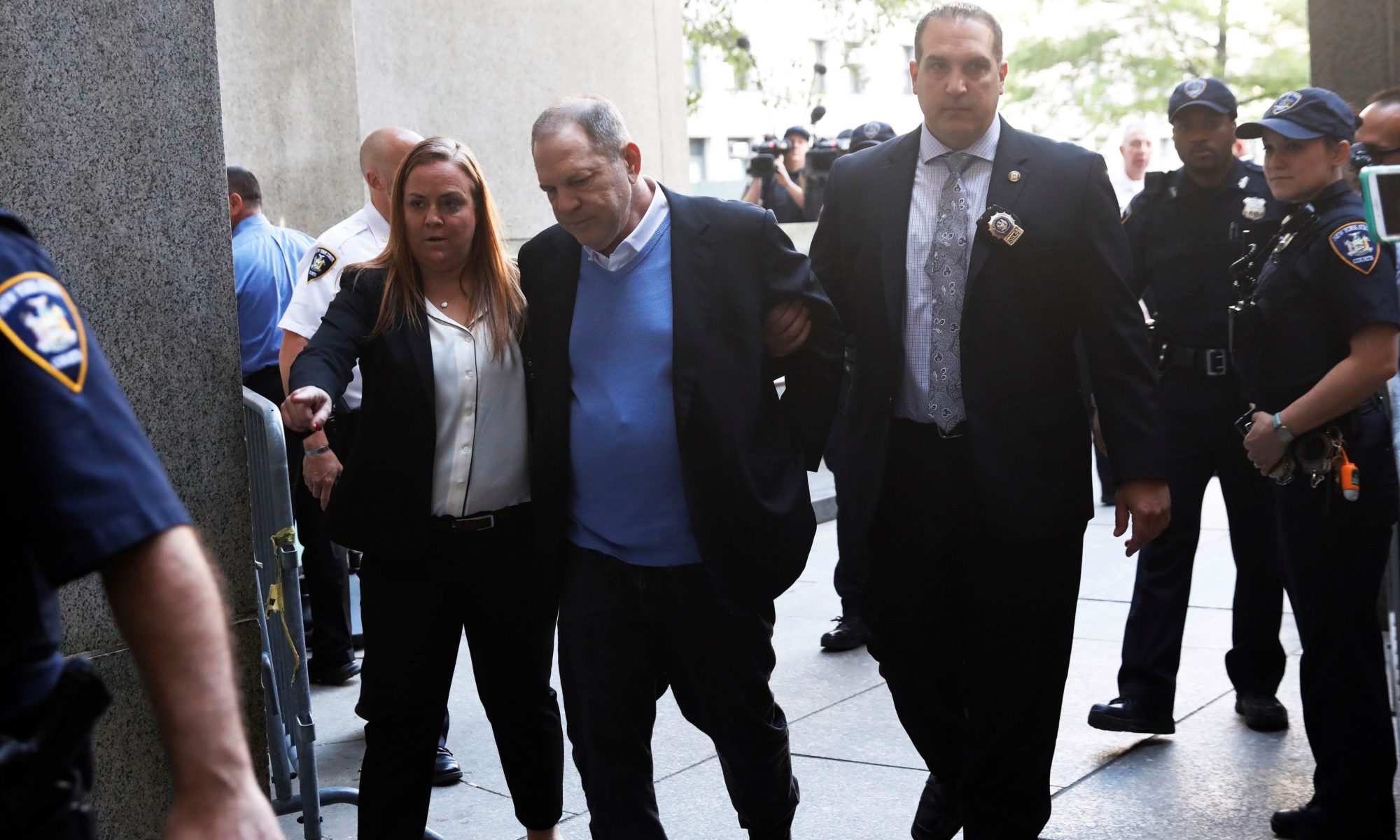 This is a gratifying moment. But the criminal justice system is, for better or worse, not where the majority of #MeToo cases are tried

On Friday, police in New York made the first arrest of the #MeToo movement: Harvey Weinstein was arrested and charged with rape, a criminal sex act, sex abuse and sexual misconduct, based on the allegations of two women. For the women and men around the world who have watched and participated in the #MeToo reckoning, this is a cathartic moment.

As much as we’ve heard that #MeToo is a witch-hunt that has destroyed men, until now, not a single high-profile man accused of sexual assault had faced any criminal charges. (Bill Cosby, a famous man who has gone to trial for allegedly drugging and raping women, was accused before the #MeToo movement began.)

What is Harvey Weinstein charged with – and what happens next?

That Weinstein is the first is certainly gratifying, and all the women who have spoken up certainly deserve our thanks today. But the criminal justice system is, for better or worse, not the venue in which the overwhelming majority of these cases are tried.

We should absolutely push to have the criminal system address allegations that are violent and criminal. But we also have to create change elsewhere, demanding more from our workplaces, updating the civil system and creating alternate routes to justice for the overwhelming majority of women who will never have their stories heard by a jury.

The evidence against Weinstein remains to be seen. We know these charges are based on the testimony of two accusers, one who is currently anonymous and accused him of rape, and the other, Lucia Evans, who says Weinstein forced her to perform oral sex on him. Investigators have reportedly been interviewing witnesses and combing Weinstein’s financial records (ostensibly for evidence of payoffs); it’s unclear what, if anything, they’ve found.

The sheer volume of women who have accused Weinstein of sexual assault certainly bolsters the prosecution’s case. But assuming this case goes to trial, that’s not what the jury will be weighing; they’ll be looking (at least in theory) only at the evidence placed in front of them, and determining if Weinstein is guilty beyond a reasonable doubt.

The sad truth is that throughout the history of American jurisprudence, juries and judges have not given the word of a woman equal weight to that of a man. Without physical evidence, or at least robust corroborating evidence, an accusation from a woman – even from two women – has typically been insufficient to even bring a sexual assault or rape case, let alone convict.

This case may be different, especially if Weinstein’s financials and emails point to his guilt. It’s important that both Weinstein and his accusers get their day in court – regardless of the outcome, it’s crucial that women are heard, and also that criminal defendants have the opportunity to mount a vigorous defense (something that’s trickier to do in the court of public opinion). But this is not the norm in sexual assault cases, and it’s almost never the norm in harassment cases. Pushing the criminal justice system is crucial feminist work. But so is the less made-for-TV stuff, and there, we’re losing badly.

Last week, the US supreme court ruled against employees and held that employers have a right to require private arbitration to settle disputes, rather than going through the court system, and will have to bring those claims individually instead of in a group. This is a huge blow to the #MeToo movement: it means employers have the right to bar employees from bringing sexual harassment or even assault claims in civil court, and that a group of employees who were, say, harassed by the same manager, cannot band together and bring a case. It’s hard enough already to bring a successful sexual harassment case; this just made it all the more difficult.

Nor is it clear that employers have improved sexual harassment policies in their offices, or that police departments have made changes in how they handle sexual assault and harassment cases. No doubt the prominence of #MeToo has inspired some shifts in more conscientious (or more risk-averse) workplaces, but hard to see systematic shifts. Certainly there hasn’t been policy change on a federal level, with a president who has himself been accused of harassment and assault. And while media narratives have improved, with every high-profile accusation, there is still a chorus of worry about a man whose life has been unfairly ruined.

Weinstein’s arrest is a decisive milestone in the #MeToo movement’s progress. But we shouldn’t miss the fact that most men accused of sexual assault and harassment won’t be held accountable in the courts. That’s why we need a variety of avenues for women to find justice. Hopefully with Weinstein, though, that avenue leads to jail.