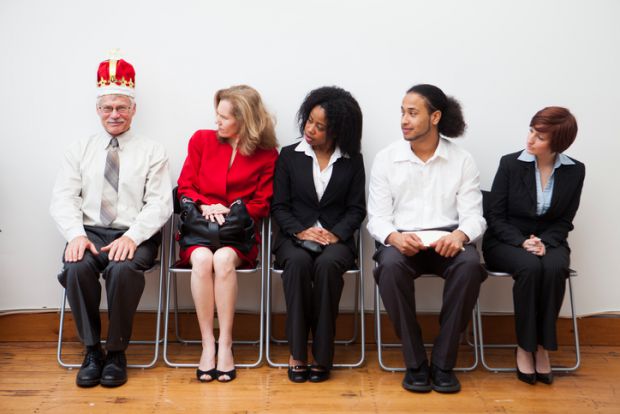 Seventy-two per cent of women working in UK universities believe men are at an advantage when pursuing top jobs, Advance HE survey says

Almost three-quarters of women working in UK higher education believe that men have a better chance of achieving a leadership role, a new poll suggests.

Some 72 per cent of more than 2,000 women surveyed for a study by Advance HE’s Aurora initiative, which aims to support women in higher education leadership, agreed that they were less likely to gain a leadership role than a male colleague, despite 80 per cent saying that they had the confidence to seek out opportunities to lead.

The poll, which was carried out by Loughborough University researchers, also found that 69 per cent of respondents say that they would be comfortable asking for promotion, although less than half (45 per cent) indicate that they have the confidence to ask for a salary increase.

Two-thirds (66 per cent) reported that leadership is a major part of their official work and nearly three-quarters (72 per cent) stated that they “engage in leadership at work that isn’t part of my official job duties”.

The full survey results have been published ahead of Advance HE’s 2018 Aurora Conference in London on 7 June, as part of a five-year longitudinal study into Advance HE’s Aurora initiative for women working in higher education. The publication follows a set of summary results published earlier this year.

Alison Johns, chief executive of Advance HE, said that it was concerning that women felt at an innate disadvantage when putting themselves forward for senior roles.

“Even though women are putting themselves forward, there is still a sense that men have a better chance of achieving leadership roles,” she said. “We need to debunk this perception by collecting more evidence that the world of higher education is changing.”

According to figures published in November by one of Advance HE’s predecessor agencies, the Equality Challenge Unit, only 23.9 per cent of professors are female, while men make up the majority of senior managers (69.6 per cent).

Among academic staff, the proportion of women on the highest pay spine range was half that of men (11.1 per cent versus 22.7 per cent), it added.

Ms Johns added that the study showed the “very real impact the Aurora programme is having not only on individual women in higher education but also in support of institutional strategies to tackle the challenge of getting more women into leadership roles”.

“There remains work to be done, but the individuals and supporting institutions are to be congratulated on progress made,” she added.