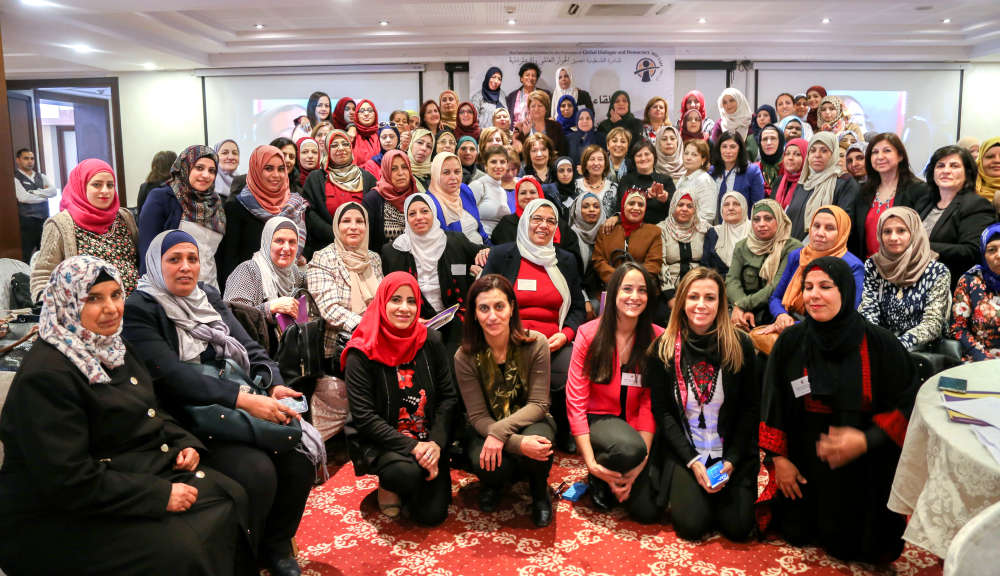 Top image: Palestinian women leaders met at a National Gathering in November 2016 to engage in a dialogue and address some of the issues that concern women in the context of politics and communities. Photo courtesy of MIFTAH.

By: Courtesy of MIFTAH

Palestinian women face a complicated reality in terms of political participation and access to decision making. Palestinian feminist and human rights movements have registered a number of important achievements over the past years in terms of addressing legal and structural discrimination and advancing equality among various social groups as a major principle of democracy. These achievements include the amendment of the Palestinian Elections Law, securing a 20 percent quota representation in local councils and the Legislative Council, and the ratification without reservations of the Convention on the Elimination of all Forms of Discrimination Against Women (CEDAW).

Despite these achievements, however, gender disparities remain significant in numerous aspects of life, including political participation and access to decision-making positions, resulting in discrimination against women in terms of access to opportunity. Discrimination against women within this framework refers to “any distinction, exclusion or restriction made on the basis of sex which has the effect or purpose of impairing or nullifying the recognition, enjoyment or exercise by women, irrespective of their marital status, on a basis of equality of men and women, of human rights and fundamental freedoms in the political, economic, social, cultural, civil or any other field.”iii 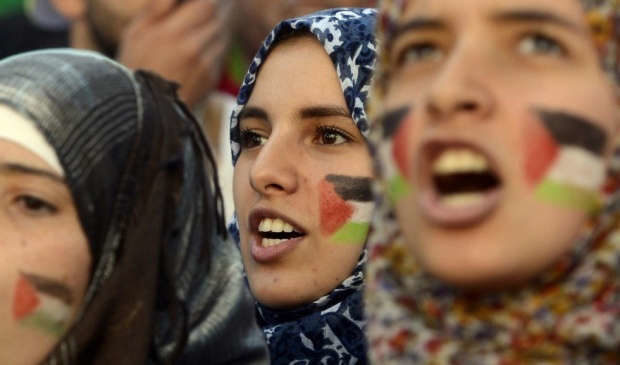 In the public sector, for example, the proportion of women who occupy decision-making positions is restricted to 11.7 percent, with females comprising only 16 percent of deputy ministers, 3 percent of assistant undersecretaries, and 12 percent of general directors.iv This figure rises to 22.7 percent in terms of the proportion of women assuming the position of minister, with 5 of a total of 22 ministers being women. However, there is only one female governor among a total of 16, and only one woman among the 18-member PLO Executive Committee.v On the level of external representation, the findings remain dire, with females comprising only 5.8 percent of Palestinian ambassadors.vi Figures do not improve significantly on the judicial level, as only 17.2 percent of the judiciaryvii and 16.7 percent of the public prosecution staff are women.viii

The continued internal division between the West Bank and the Gaza Strip has restricted democratic processes to only the 2005, 2012, and 2017 municipal elections and the 2006 legislative council elections. Furthermore, the division has had a compounded impact on Palestinian women in Gaza, since the 2012 and 2017 municipal elections only took place in the West Bank. In addition, the paralysis of the Palestinian Legislative Council raises tensions in strategies for legal reform. In light of the impossibility of amending legislation through democratic channels, the feminist movement and stakeholders are left to face the dilemma of whether to seek advancement and improvement of women’s rights through presidential decrees – and risk the dissemination of an undemocratic mentality of centralization and the absence of separation of authorities.

A conference titled UNSCR 1325 15th Anniversary: Challenges and Prospects was held in October 2015 in Amman, Jordan, to commemorate the fifteenth anniversary of the United Nations Security Council Resolution on Women, Peace and Security. Photo courtesy of MIFTAH.

A closer look at the conditions that surround women’s political participation and access to decision-making reveals that, similar to other areas, gender-based discrimination and mediocre political participation and access to decision-making positions in Palestine are primarily fueled by societal patriarchy. This, however, does not negate the multitude of factors that further exacerbate the situation as a whole. Traditions and customs, which perpetuate the perception that women are auxiliary to their male counterparts, including father, brother, and even son, are major impediments that reinforce and further entrench societal patriarchy.

On another level, notwithstanding the importance of securing the 20 percent quota, this advancement remains insufficient for a number of reasons. Firstly, the legal amendment has not fulfilled its desired role of also affecting the societal belief that women are inferior to men. The election of women to local councils barely passed the 20 percent threshold, standing at 21.2 percent in 2017x and 21.0 percent in 2012,xi and did not enable active and true participation, in light of the absence of a conducive environment that challenges societal patriarchy. In addition, simple measures, such as ensuring that streets have adequate lighting, would have encouraged women’s participation in local councils and in the wider arena of public life, particularly in more liberal and progressive communities.

Furthermore, despite women’s (albeit limited) penetration into the public sphere, it was not matched by men shouldering a larger portion of responsibility in the private sphere. The majority of these women still assume full responsibility for household affairs, which hinders their effective and true participation in public life. 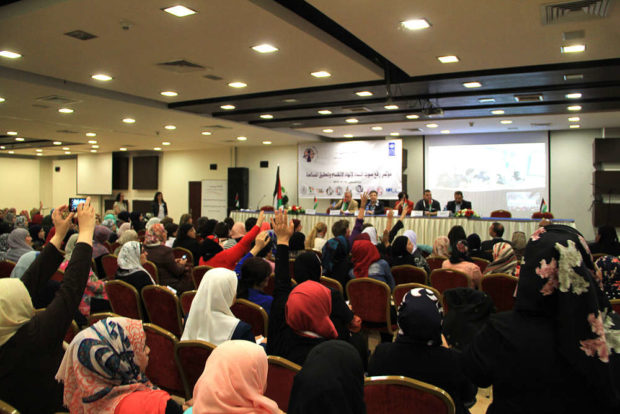 On a more general level, the Palestinian political scene has witnessed major and comprehensive regression in political participation. This has had an inherent compounded and disproportionate impact on vulnerable and marginalized social groups, including women, youth, and people with disability, among others. A number of reasons have led to this overall regression, including the internal Palestinian division, which halted the regular exercise of democratic processes. Another factor is the decline in Palestinian political parties, which is mirrored in an inadequate and below-par discourse that does not fulfil national aspirations. This is primarily informed by the absence of rejuvenation and integration of the younger generation, which in and of itself is exacerbating an already significant generation gap.

So what are the possible steps forward? Within the existing framework, a number of measures are paramount to addressing and promoting women’s political participation. Despite the ratification without reservations of CEDAW on April 1, 2014, the Palestinian polity has yet to publish the decision in its official paper; this is a very important step to demonstrate the political will to work on advancing political participation. This political will needs to materialize through taking serious steps towards harmonizing national legislation with international standards in order to guarantee, at least minimally, the elimination of discrimination against women. This extends beyond legislation that regulates political participation, to include legislation that maintains women’s inferiority, such as the personal status law and penal code.

There is a need to develop and reach consensus through the promotion of platforms for dialogue on a collective women’s agenda that sets women’s priorities and confirms demands in relation to political participation and access to decision making. This agenda is envisioned to unify women’s efforts towards increasing political participation at decision-making levels, engaging political factions, influencing values created by the educational system, and utilizing the media. With respect to political factions, there is a need to secure their commitments and ensure the implementation of bylaw reform with the view to promoting the political participation of women and youth, particularly at the decision-making levels.

On another level, gender-responsive planning and budgeting at the municipal levels remains important in order to address the disproportionate impact of intersectional oppression and marginalization, including that of age and gender, through strengthening women’s capacities to engage and influence the formulation and development of community and fiscal policies, as well as prioritize the needs and rights of various social groups. It is crucial within this context to promote participatory planning, including its reflection in the rules and regulations of local government units, in order to give value to subsequent participatory budgeting.

The Palestinian Initiative for the Promotion of Global Dialogue and Democracy, MIFTAH, is a Palestinian civil society organization, established in 1998 in Jerusalem, which seeks to promote the principles of democracy and good governance within various segments of Palestinian society through leading in-depth dialogue and the free flow of information and ideas.