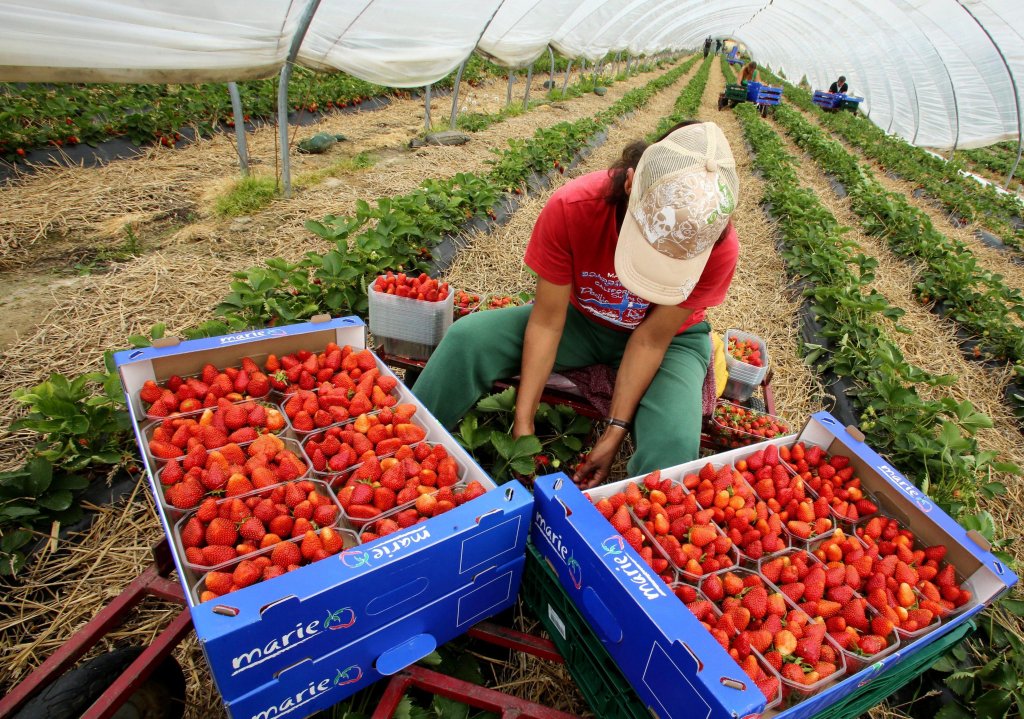 In Greece, we had a horror racist crime involving strawberry workers in the area of Manolada-Ilia, where over 200 workers made a protest demanding their due salaries for 6 months, which were very low anyway, under conditions of harsh exploitation. The answer of the bosses’ thugs was to shoot against them, wounding 20 workers, in April 2013. In the courtcase that followed, the shooters were acquitted, but the case was referred to the European Court of Human Rights which overturned the rule of the Greek court and decided for compensation of the workers, some years later. These were all men.
Now, we have another massive exploitation of strawberry workers, concerning women, which is followed by sexual abuse and obviously rape. It is a big shame for the “hospitality” of the European states to migrant workers, big shame for violence against women at work and the crime of rape.
Sissy Vovou

The Andalusia town council has asked for an investigation to be conducted into the sexual assault and exploitation of female seasonal migrant workers after a reportage spotlighted the issue.

An investigation has been called for by the Andalusia town council into the exploitation and sexual assault of female migrants employed in seasonal work after a piece of investigative journalism focused on the area. The migrants in question work in the strawberry fields in Huelva, but cases have been reported in Morocco and Italy as well.

“It is no longer just an urban legend. It is a fact that we have decided to report to the prosecutor’s office so that an inquiry can be conducted,” Andalusia town council justice affairs councilor Rosa Aguilar said.

The decision was made after meeting with unions and organizations working with female migrants.

At least one case of sexual assault is contained within the report filed by the socialist-led town council, which has started a campaign to encourage victims to report cases to the authorities. It has also called for the labor ministry to exercise greater vigilance and carry out more inspections.

Over 18,000 women, most of whom holding either Moroccan or Romanian nationality, arrive in the Huelva province to pick strawberries in the vast greenhouses of Andalusia, where a sea of white plastic covers fields from Huelva to Palos de la Frontera. Over 300,000 tons of strawberries are produced in the area every year. In 2017, Spain exported 600 million euros worth of strawberries.

The legal complaint has come on the heels of investigative journalism conducted by the German magazine Correctiv and BuzzFeed News in which 28 seasonal workers in Spain, Morocco and Italy spoke out about harassment, sexual assault and violence suffered at the hands of their supervisors. The over 100 women interviewed in the three countries also said that they had been subjected to verbal assault, insults and humiliation during their work.

The investigation included testimony from Kalima (not her real name), a Moroccan woman in Palos de la Frontera, who said that she had been raped repeatedly by her supervisor between March and April 2017. She and her fellow migrant workers, she said, had been threatened to be punished in their work if they refused sexual relations with the man. Another one of the migrants, Sabiha, said that her supervisor had subjected her to ”cruel and inhuman” treatment, who ”often didn’t let us take a shower for a week at a time” and degrading treatment due to their not speaking Spanish. Kelima reported her attacker to the authorities and is currently in a women’s shelter.

Unreported due to fear, ‘immigrants have 90% of abortions’

But most women do not report the incidents to the police out of fear of losing their jobs. No attacker has been sentenced yet. The rate of abortions is very high in Palos de la Frontera and most of the women having abortions there are immigrants, the investigation found. Of the 185 abortions recorded in 2016, 90% were immigrant workers, the investigative journalists were told by Josefa Mora Gomez, a social worker employed in the local healthcare unit. Part of the investigative piece focused on Puglia, a region in southern Italy in which about 40,000 female Italian seasonal workers and 18,000 foreign ones ”are exploited”, according to the Italian trade union FLAI-CGIL .The female workers, who reportedly work 12-hour days for between 25 and 30 euros, suffer sexual intimidation, according to the reportage.