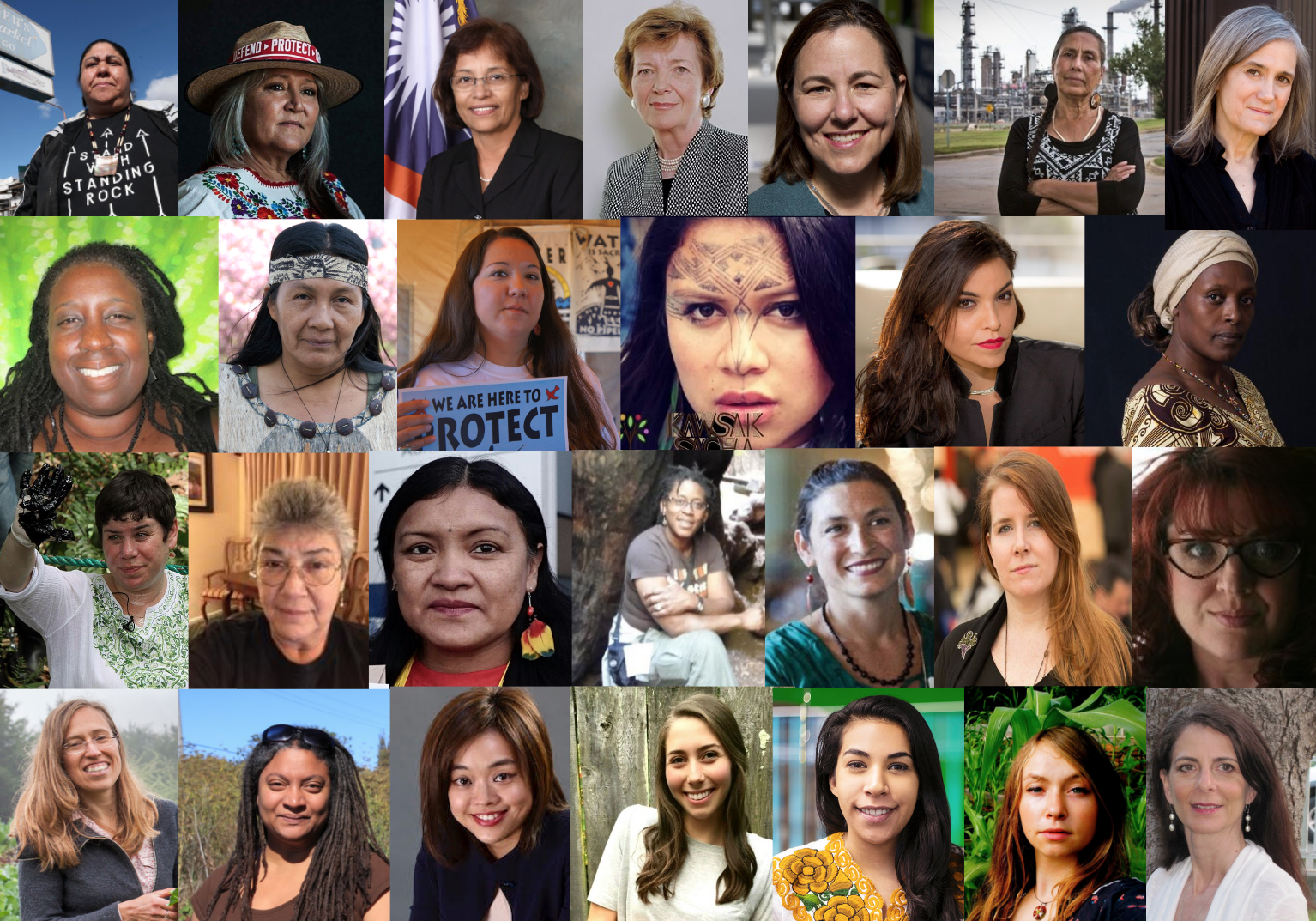 This September 2018, policymakers from across the U.S. and around the world will gather in San Francisco, California, for the Global Climate Action Summit (GCAS). The Summit’s stated goals are to encourage more action to achieve the aims of the Paris Climate Accord.

Recognizing an important political moment to apply pressure and stand for justice, the global movement for climate justice will also engage with a strong presence – holding actions and events, and organizing to build our power collectively. The climate justice movement will be working to expose greenwashing and false climate solutions, and to at the same time support and demonstrate the many effective, community-based solutions being put into action everyday by people worldwide. We will call for real climate leadership for a just transition to renewable energy that breaks free from the fossil fuel industry, and supports workers and communities. We will rise to ensure that the voices of those most marginalized and impacted by climate disruption and extractive economies are heard within the high-level forums that will take place during GCAS.

The Women’s Earth and Climate Action Network (WECAN) International, will be on the ground in-action and in solidarity with diverse allies from the global movement for climate justice throughout the week leading up to and during the Global Climate Action Summit.

Please join us for our September 11th public forum –  ‘Women’s Assembly for Climate Justice: Women Leading Solutions on the Frontlines of Climate Change  – and march with us on September 8th as part of ‘Women For Climate Justice Contingents’ in San Francisco, or in your home community!

Women Leading Solutions on the Frontlines of Climate Change 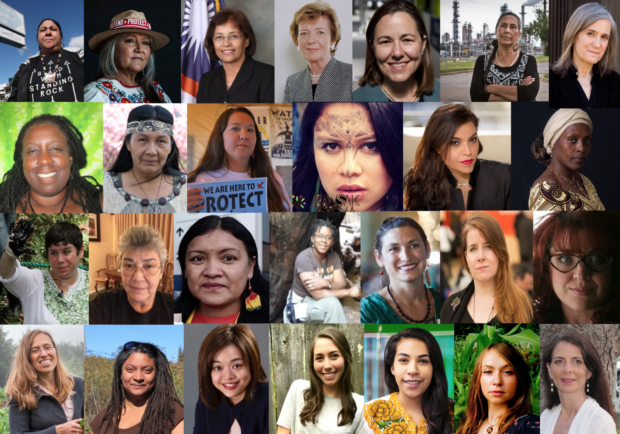 All are invited to join WECAN International on Tuesday September 11th, 2018, for the ‘Women’s Assembly for Climate Justice: Women Leading Solutions on the Frontlines of Climate Change’.

This free, public event will be held on Tuesday September 11th

at The Green Room (second floor)

in the War Memorial Building across the street from City Hall

Please click here to RSVP to attend the Assembly

* Seating will be available on a first come, first serve basis, and we encourage people to arrive early to secure seats

For those not in California, portions of the event will be

for the ‘Women’s Assembly for Climate Justice’

‘Women’s Assembly for Climate Justice: Women Leading Solutions on the Frontlines of Climate Change’, will be an extraordinary gathering of women leaders from across the United States and around the world, joined in solidarity to speak out against environmental and social injustice, draw attention to root causes of the climate crisis, and present the diverse array of visions and strategies with which they are working to shape a healthy and equitable world.

International advocates, grassroots, Indigenous, and frontline women leaders, and policy-makers, will discuss topics including the intersectionality of gender and environment; Indigenous rights; the just transition; women and forest protection and regeneration; fossil fuel resistance efforts; women and agro-ecology/soils; environmental racism; and women’s leadership and calls for action within a climate justice framework.

This dynamic public Forum is to be presented the day before the Global Climate Action Summit (GCAS) in California. A list of key calls to action from the WECAN Forum will be presented to the leadership of the GCAS the following day.

September 8th- March With Us! ‘Women For Climate Justice’ 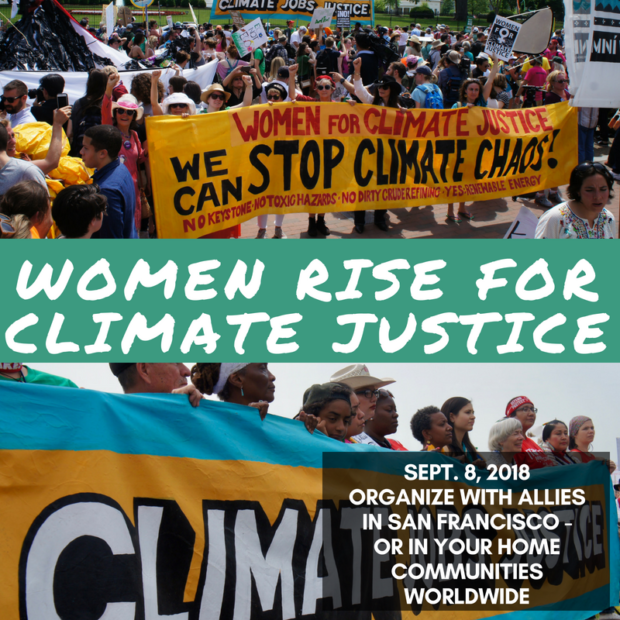 Women, girls, and allies are invited to join a diverse coalition of women’s groups, climate justice organizations, and others, to organize and march together as a part of ‘RISE for Climate, Jobs and Justice’ – the 2018 People’s Climate Movement March.

A ‘Women For Climate Justice’ contingent will take action at the march in San Francisco, California – and everyone is also encouraged to organize independently as ‘Women for Climate Justice’ in home regions across the U.S. and around the world!

This march is taking place in the context of years and decades of strategic organizing by many climate, Indigenous, labour, racial justice and other social movement leaders; and is being called in part in response to the Global Climate Action Summit, taking place in San Francisco in September 2018. The march also comes roughly two months before U.S. mid-term elections, making it an important moment for many to demonstrate commitment to voting as part of their dedication to stopping extraction and defending the planet and all communities.

For updates, reminders, and to invite friends and allies – click here to visit the core

Allies in the Bay Area, California are also invited to join us for a second

collaborative ART BUILD on Saturday, August 11th from 10 am – 5 pm in Richmond, CA

As ‘Women for Climate Justice’ Contingents in San Francisco and around the world, we will be sending a clear message that as women, many of who stand on the frontlines of climate change across the U.S. and around the world, we are gravely concerned about the impacts of climate change, and the implications of administrations and government officials that promote advancement of fossil fuels, extractive economies, climate skepticism, environmental racism, bigotry and inequitable treatment of women and frontline, Indigenous and marginalized communities. No to sacrifice zones!  We will raise our voices to demonstrate women’s power to build just climate solutions – and take a stand for for all future generations to live in a healthy, just and thriving world.

QUESTIONS about WECAN International organizing around the September 2018 People’s Climate March and GCAS may be directed to emily@wecaninternational.org.

Learn more about actions in the Bay Area, California and worldwide at riseforclimate.org