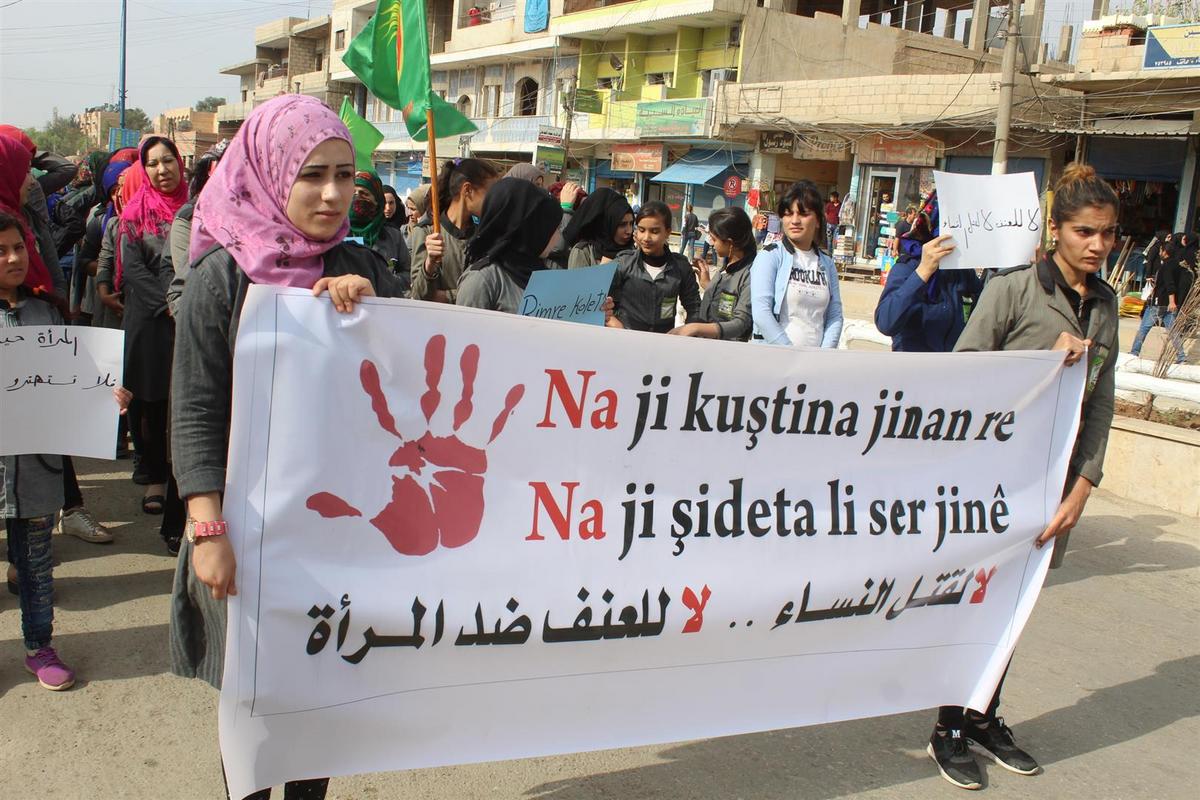 A demonstration against violence against women has taken place in Girkê Legê, Rojava.

In Rojava, activities have already begun to mark the International Day for the Elimination of Violence against Women on 25th November. Hundreds of women gathered in Girkê Legê upon the call of women’s movement Kongreya Star to demonstrate against violence and killings of women. 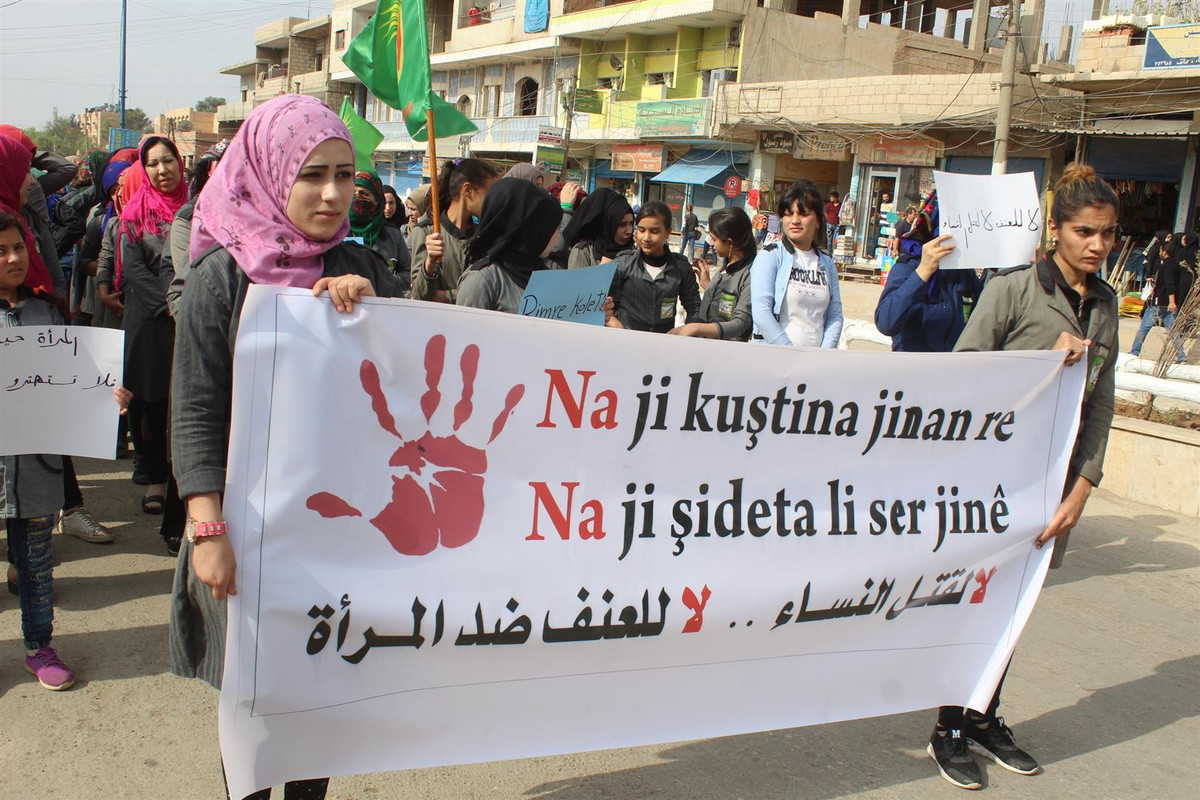 The demonstration started from Şehîd Xebat Square and continued to the city center where Eyhan Mûrad gave a speech on behalf of the Kurdish women’s movement, condemning violence against women as an outgrowth of a patriarchal mindset.

“Women become victims of a patriarchal mentality. They are considered possessions of men. The independent identity of women is disregarded. With this patriarchal mindset, society cannot evolve,” Eyhan Mûrad said, announcing that the Kongreya Star would continue to fight against violence against women and ultimately free all women.