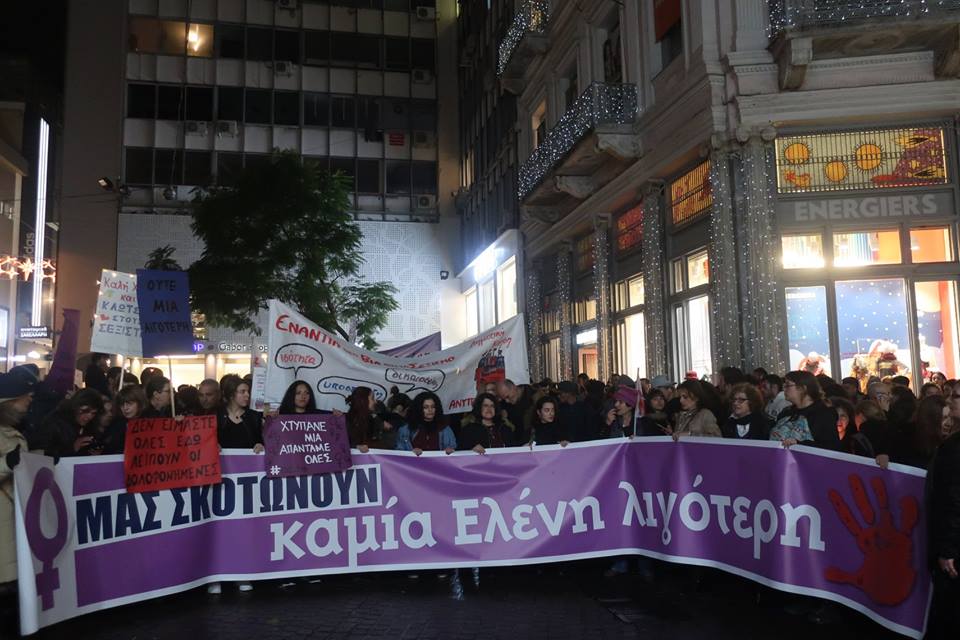 Thousands of people, mostly women, participated in the protest in Athens, on the 14th of December, for the rape and death of Eleni Topaloudi in the island of Rhodos, on the 28th of November. The slogans were around the issue of Eleni and violence against women, and it was a very dynamic march. 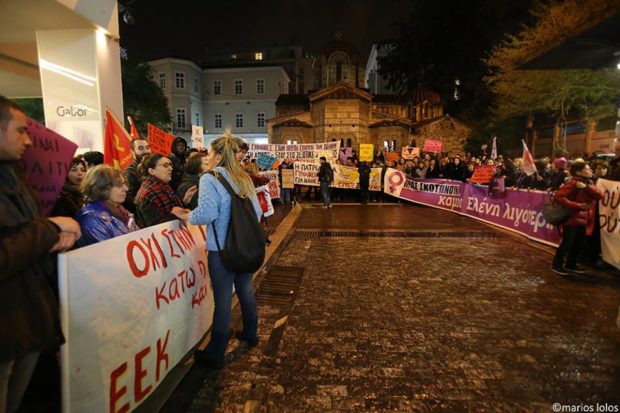 In the initial gathering, Ermou Street

It is very encouraging that the women’s and feminist movement in Greece is showing at last signs of massiveness, and we hope to follow soon the examples of Spain and Italy, speaking at least about Europe, but also of other movements in other continents, where the feminist movements are more massive, like in the US and in Latin America.

We underline the participation of many young women for the first time, the massive presence of refugee women, mostly from the Refugee shelter of CITY PLAZA, also the participation of older generations of feminists, who in the past were able to organise massive protests which played their decisive role in changing the laws in the 1980s and in the mentality about the “role” of women. 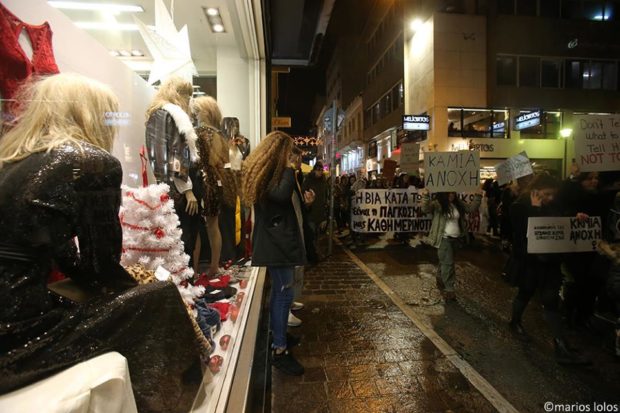 To Mov participated with a long banner (first photo, saying: they kill us-Not one Eleni less), inspired by the Italian feminists’ demonstration, and distributed hundreds of leaflets to the people who were walking around the march.

See the story of the barbarous acts against Eleni Topaloudi, in previous post in our website tomov.gr, in the English and Spanish languages.

In the march there were many feminist and antipatriarchal organisations, of course women who come for the first time, but also political organisations with progressive ideas, supporting our cause for the elimination of violence against women.