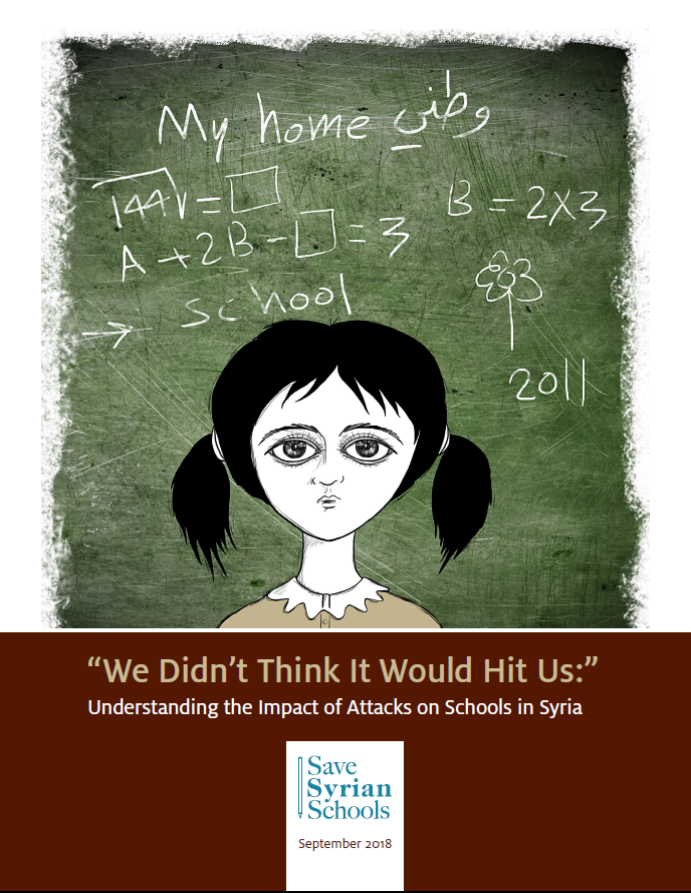 As a result of attacks against schools, hundreds of teachers have been killed, scores have left the country, and many others simply no longer show up for work. Damaged transportation infrastructure makes it difficult to even get to school, and frequent arrests of students and teachers who do make it and are believed to be partaking in anti-government protests compound fears of future attacks. Terrified parents refuse to send their children to school for fear of more violence, exacerbating the education gap and expanding the “lost generation” of Syrians growing up knowing only conflict and receiving little or no education.

What is more, this fear has affected girls in higher numbers than boys and led to increased rates of child marriage, as parents desperately seek other options for their children.

Conversely, parents spoke out about fears of their children, especially boys, becoming radicalized after living with so much violence all around and not having school as an option.

This report examines attacks on schools in Syria from multiple angles: from the legal implications of such attacks to the everyday impact on students, teachers, families, and society at large. It is the product of Save Syrian Schools, a collaborative project led by 10 Syrian civil society organizations and ICTJ that demands an end to the killing of Syrian children and justice for the bombing of schools.