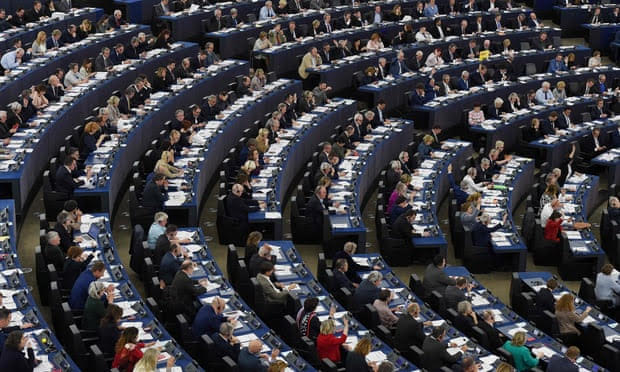 Ratio of females in European Parliament up to 39% from 36%, analysis of results shows.

Six states returned a broadly gender-balanced group of MEPs to the European Parliament.

More women have been elected to the European Parliament than ever before but men still account for 60% of MEPs, according to an early analysis of the European election results.

The proportion of female MEPs has increased slightly from 36% five years ago to about 39%, or 286 out of 751 seats, with nearly all of the official results confirmed.

The gender balance will be above the 30.2% average of the EU’s national parliaments. Eleven member states enforced gender quotas on parties in the 2019 elections, up from eight in 2014.

The balance is superior to that of the House of Commons in London, where 32% of MPs are women and the US House of Representatives, where 23.6% are female.

The result nevertheless leaves the European Parliament languishing behind 16 parliaments around the world in terms of female representation.

The outcome will strengthen calls for EU leaders to appoint a first female president of the European commission or council, to replace Jean-Claude Juncker and Donald Tusk respectively.

Gwendoline Lefebvre, the president of the European Women’s Lobby (EWL), which carried out the analysis, said: “We now need to focus on the future of the European Union. We ask from the member states that they each propose two people for the role of European commissioner, at least one of them being a woman. It will offer more diversity of experience, background and perspectives to choose from and will benefit all people in Europe.”

After a meeting of the EU’s heads of state and government in Brussels on Tuesday to discuss the bloc’s top jobs, Tusk had hinted at some resistance to gender parity in appointments to five big positions that will soon be vacant.

The 28 leaders need to find candidates for the roles of president at the commission, council, European Central Bank, and as foreign policy high representative. A president of the European Parliament needs to be chosen by MEPS.

“Gender balance means at least two women, if it is possible, we will see,” Tusk said. “But this is at least my plan and my personal ambition and as I mentioned I felt very strong support, maybe not from everyone.”

Three of the 28 EU heads of government are women, including the outgoing British prime minister, Theresa May.

Women said to be in the running for a senior EU post include the former Danish finance minister Margrethe Vestager, the managing director of the International Monetary Fund, Christine Lagarde, and the World Bank chief executive, Kristalina Georgieva.

Joanna Maycock, the secretary general of the EWL, said the group’s members would analyse the results at a meeting in a few weeks but called for the next European commission to include a commissioner with responsibility for progressing women’s rights.

The 2019 European election results follow a general trend towards better representation of women in the parliament, which has been directly elected since 1979 when voters returned a set of MEPs of whom 15.2% were female.