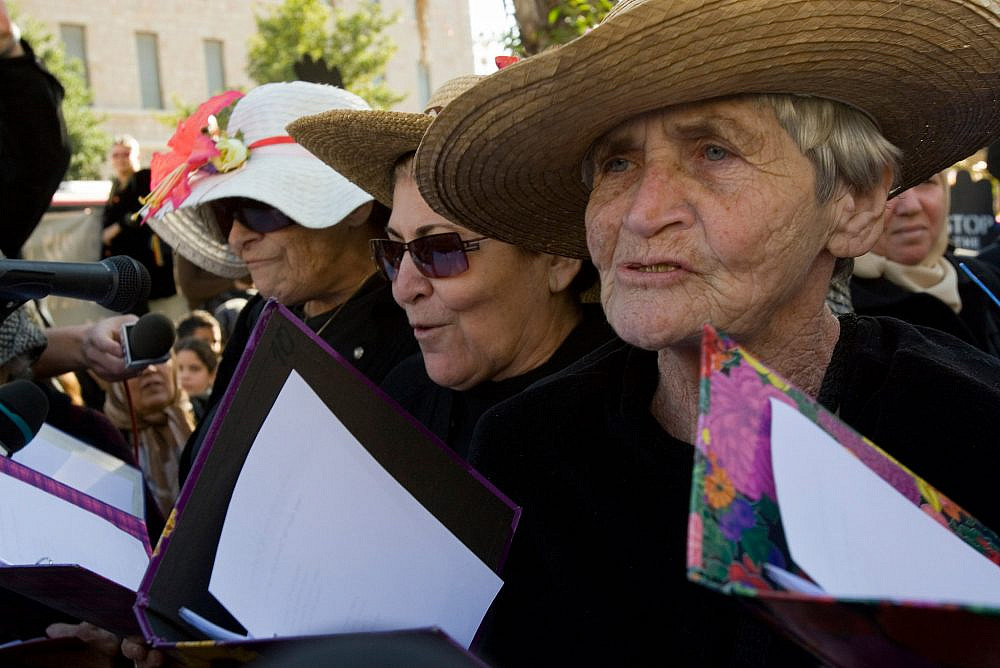 Hava Keller, who died at the age of 90 this week, was one of the few Israelis who spoke publicly about her role in the Nakba, and was at the heart of several groundbreaking anti-occupation and feminist movements.

Hava Keller, a veteran anti-occupation activist, passed away in Tel Aviv on Tuesday at the age of 90. Keller was one of the founders of the feminist anti-occupation group Women in Black, as well as Gush Shalom and Women for Political Prisoners. She was also an activist with Ta’ayush and other left-wing groups.

Over the past three decades, Keller had been a consistent presence at left-wing protests, always standing curbside with a sign and driven, according to friends’ recollections following her death, by an unshakeable belief in human rights.

Keller was born in 1929 in Łódź, Poland. Her family fled the country in December 1939, assisted by German friends in the city, and made their way to Lithuania. In January 1941, a few months before the Nazis occupied the country, Keller’s family left for Tel Aviv along with other Jews who had received a permit to go to Palestine.

Keller joined the Haganah Zionist paramilitary group when she was in ninth grade and was arrested by the British on numerous occasions for hanging political posters. She took part in the 1948 conquest of Acre; in 2006, she provided testimony about the occupation to the Israeli NGO Zochrot, which works to document the Nakba:

“People fled in cars. My job was to sit in an observation tower and count the number of vehicles leaving Acre. There were almost no residents there when I entered Acre. We walked around the city. One apartment gave me a shock. We arrived… and the door was open. On the table were pitas and coffee, as if they had been in the middle of breakfast. There was a pair of baby’s shoes on the floor. [I thought to myself] that his feet must be cold, that we had to find the child. I started shouting and crying”.

Keller cited it as one of the moments in which she understood that something was not right.

Toward the end of the 1948 War that followed Israel’s establishment, Keller took part in a Haganah operation that expelled Palestinians from Bir es-Seba, would become Be’er Sheva after the war. In 1949, she was among the Israeli guards overseeing Palestinian laborers who were dismantling the railroad to Rosh Hanikra, near the Lebanese border, on the grounds that train transport to Lebanon was no longer needed. When one of the workers tried to escape, Keller and the other guards shot him to death.

Her son, Adam Keller, remarked this week that his mother “rarely mentioned horrifying incidents. Once, for example, she recalled shooting someone who ran toward her.”

‘That was the day my Zionism died’

Following the 1948 war, Keller got married and had two children. She and her husband, Ya’akov, were among the founders of Kibbutz Saar, near the Palestinian village of al-Sumayriyyah whose residents had been expelled in 1948. For months, Keller asked fellow kibbutz residents when the Palestinians would return, and was always told “soon.” One day, she saw that the village’s houses had been torn to the ground, with just an aqueduct left intact. Kibbutz Lochamei Hagettaot (Fighters of the Ghetto) now stands on the ruins of the village.

“That was the day my Zionism died,” Keller told a Zochrot tour group 10 years ago. “I understood that Israel had no intention of living in peace with the Palestinians, and that they wanted to expel them from the country.” 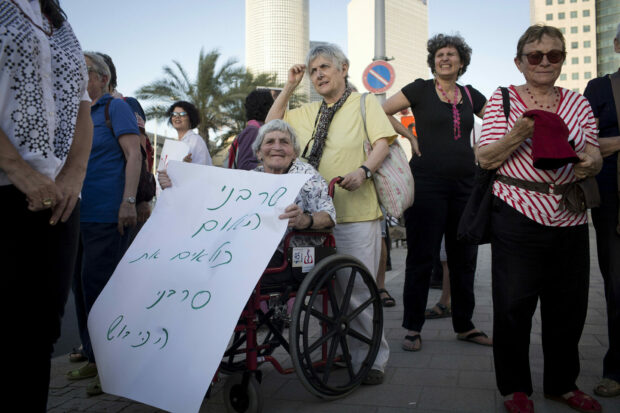 Keller’s political activism began in the 1950s, when she became involved with Mapam, a socialist-Zionist party. She took part in solidarity demonstrations with striking laborers who were fighting for better conditions.

“The word ‘feminism’ didn’t exist in Israel at the time, but she resented that women in the kibbutz were ordered to work in the kitchen or doing laundry,” her son, Adam, recalled.

The Kellers moved to Tel Aviv in 1953. Hava was part of the first history course taught at Tel Aviv University, and taught history and civics to ninth-graders for several years. One parent, according to her family, complained to the school where she taught that she was “turning my son into a leftist.” The principal rejected the complaint.

In the early 1980s, Keller’s political activism intensified with her opposition to Israel’s invasion of Lebanon and occupation of the West Bank, Gaza and East Jerusalem. She also became active on behalf of Palestinian prisoners.

When the First Intifada broke out in 1988, Keller became involved with “Hala Hakibush” (“Down with the Occupation”) and, along with other women, founded “Women for Political Prisoners.” For years, Keller took part in weekly protests outside Hasharon Prison in central Israel, which coincided with prisoners’ family visits. Keller also brought warm clothes, blankets, and other items for the women in the prison.

Following the Oslo Accords in the mid-1990s, Keller participated in the struggle for the release of female Palestinian prisoners, who were supposed to be freed as part of the agreement. Israel initially refused to release inmates who had received life sentences, but relinquished as a result of the campaign. 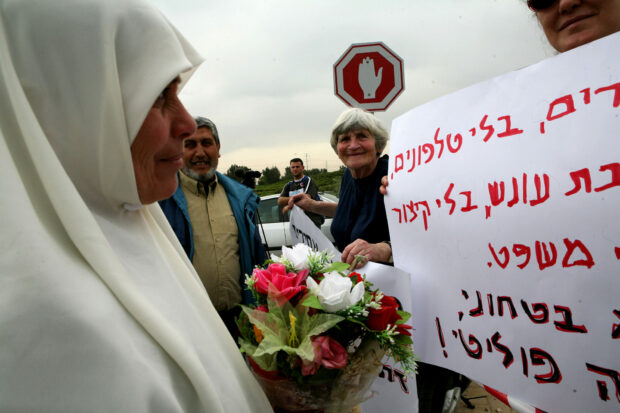 “Her dedication to the cause of Palestinian prisoners was, in part, connected to her sense of guilt over her past,” explained Adam, her son.

“Everyone loved her,” recalls Malka Geyer, a friend of Keller’s. “We got in touch with Suha Arafat [Yasser Arafat’s now-widow] in order to establish ‘Women for Children’ (specifically minors in detention), and went to meet her in Gaza. She took us to sit with Arafat. As soon as Hava appeared, he got up to hug her.

“Her activism was known throughout the [occupied] territories,” Geyer continues. Even Arafat, who was in exile in Tunisia before being allowed back into the country in the early ’90s, had heard of her.

In 1992, after Yitzhak Rabin’s government expelled hundreds of Palestinians to Lebanon, Keller helped establish a joint Jewish-Arab committee to oppose the deportation. In addition, she and others launched Gush Shalom in response to what they saw as the insufficient action of Peace Now, then Israel’s most prominent pro-peace organization.

From 1988 to 2018, when her health began to decline, Keller attended several protests every week — especially those of Women in Black in central Tel Aviv. She also regularly took part in demonstrations in the West Bank, including in Bil’in, as well as inside the Green Line, including al-Araqib in the Negev, Givat Amal in Tel Aviv, and the social justice protests of 2011.

Friends and family who attended Keller’s shiva (the week-long mourning period in Judaism) in Tel Aviv this week recalled a woman who insisted on helping others, whether people or animals. Rina Moss, a friend, noted “her deep understanding of rights as universal” and her need “to do what was necessary, no matter what people said.”

“She had an inner need to protest,” said Ursula, another friend. Keller’s son, Adam, added that at one point she was attending three-to-four protests a week.

Keller requested that she be cremated and her ashes scattered in the sea along the Tel Aviv coast, where she lived most of her life.

Photos of Keller  in protests, until the year 2013