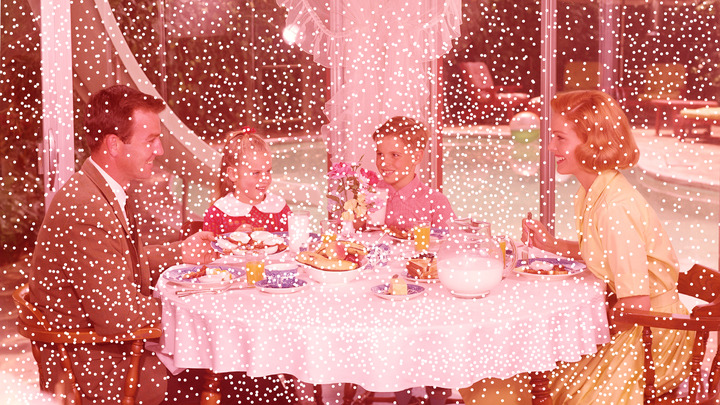 Enough already. When people try to be cheerful about social distancing and working from home, noting that William Shakespeare and Isaac Newton did some of their best work while England was ravaged by the plague, there is an obvious response: Neither of them had child-care responsibilities.

Shakespeare spent most of his career in London, where the theaters were, while his family lived in Stratford-upon-Avon. During the plague of 1606, the playwright was lucky to be spared from the epidemic—his landlady died at the height of the outbreak—and his wife and two adult daughters stayed safely in the Warwickshire countryside. Newton, meanwhile, never married or had children. He saw out the Great Plague of 1665–6 on his family’s estate in the east of England, and spent most of his adult life as a fellow at Cambridge University, where his meals and housekeeping were provided by the college.

For those with caring responsibilities, an infectious-disease outbreak is unlikely to give them time to write King Lear or develop a theory of optics. A pandemic magnifies all existing inequalities (even as politicians insist this is not the time to talk about anything other than the immediate crisis). Working from home in a white-collar job is easier; employees with salaries and benefits will be better protected; self-isolation is less taxing in a spacious house than a cramped apartment. But one of the most striking effects of the coronavirus will be to send many couples back to the 1950s. Across the world, women’s independence will be a silent victim of the pandemic.

Purely as a physical illness, the coronavirus appears to affect women less severely. But in the past few days, the conversation about the pandemic has broadened: We are not just living through a public-health crisis, but an economic one. As much of normal life is suspended for three months or more, job losses are inevitable. At the same time, school closures and household isolation are moving the work of caring for children from the paid economy—nurseries, schools, babysitters—to the unpaid one. The coronavirus smashes up the bargain that so many dual-earner couples have made in the developed world: We can both work, because someone else is looking after our children. Instead, couples will have to decide which one of them takes the hit.

Many stories of arrogance are related to this pandemic. Among the most exasperating is the West’s failure to learn from history: the Ebola crisis in three African countries in 2014; Zika in 2015–6; and recent outbreaks of SARS, swine flu, and bird flu. Academics who studied these episodes found that they had deep, long-lasting effects on gender equality. “Everybody’s income was affected by the Ebola outbreak in West Africa,” Julia Smith, a health-policy researcher at Simon Fraser University, told The New York Times this month, but “men’s income returned to what they had made pre-outbreak faster than women’s income.” The distorting effects of an epidemic can last for years, Clare Wenham, an assistant professor of global-health policy at the London School of Economics, told me. “We also saw declining rates of childhood vaccination [during Ebola].” Later, when these children contracted preventable diseases, their mothers had to take time off work.

According to the British government’s figures, 40 percent of employed women work part-time, compared with only 13 percent of men. In heterosexual relationships, women are more likely to be the lower earners, meaning their jobs are considered a lower priority when disruptions come along. And this particular disruption could last months, rather than weeks. Some women’s lifetime earnings will never recover. With the schools closed, many fathers will undoubtedly step up, but that won’t be universal.

Despite the mass entry of women into the workforce during the 20th century, the phenomenon of the “second shift” still exists. Across the world, women—including those with jobs—do more housework and have less leisure time than their male partners. Even memes about panic-buying acknowledge that household tasks such as food shopping are primarily shouldered by women. “I’m not afraid of COVID-19 but what is scary, is the lack of common sense people have,” reads one of the most popular tweets about the coronavirus crisis. “I’m scared for people who actually need to go to the store & feed their fams but Susan and Karen stocked up for 30 years.” The joke only works because “Susan” and “Karen”—stand-in names for suburban moms—are understood to be responsible for household management, rather than, say, Mike and Steve.

Look around and you can see couples already making tough decisions on how to divide up this extra unpaid labor. When I called Wenham, she was self-isolating with two small children; she and her husband were alternating between two-hour shifts of child care and paid work. That is one solution; for others, the division will run along older lines. Dual-income couples might suddenly find themselves living like their grandparents, one homemaker and one breadwinner. “My spouse is a physician in the emergency dept, and is actively treating #coronavirus patients. We just made the difficult decision for him to isolate & move into our garage apartment for the foreseeable future as he continues to treat patients,” wrote the Emory University epidemiologist Rachel Patzer, who has a three-week-old baby and two young children. “As I attempt to home school my kids (alone) with a new baby who screams if she isn’t held, I am worried about the health of my spouse and my family.”

Single parents face even harder decisions: While schools are closed, how do they juggle earning and caring? No one should be nostalgic for the “1950s ideal” of Dad returning to a freshly baked dinner and freshly washed children, when so many families were excluded from it, even then. And in Britain today, a quarter of families are headed by a single parent, more than 90 percent of whom are women. Closed schools make their life even harder.

Other lessons from the Ebola epidemic were just as stark—and similar, if perhaps smaller, effects will be seen during this crisis in the developed world. School closures affected girls’ life chances, because many dropped out of education. (A rise in teenage-pregnancy rates exacerbated this trend.) Domestic and sexual violence rose. And more women died in childbirth because resources were diverted elsewhere. “There’s a distortion of health systems, everything goes towards the outbreak,” said Wenham, who traveled to west Africa as a researcher during the Ebola crisis. “Things that aren’t priorities get canceled. That can have an effect on maternal mortality, or access to contraception.” The United States already has appalling statistics in this area compared with other rich countries, and black women there are twice as likely to die in childbirth as white women.

For Wenham, the most striking statistic from Sierra Leone, one of the countries worst affected by Ebola, was that from 2013 to 2016, during the outbreak, more women died of obstetric complications than the infectious disease itself. But these deaths, like the unnoticed caring labor on which the modern economy runs, attract less attention than the immediate problems generated by an epidemic.

These deaths are taken for granted. In her book Invisible Women, Caroline Criado Perez notes that 29 million papers were published in more than 15,000 peer-reviewed titles around the time of the Zika and Ebola epidemics, but less than 1 percent explored the gendered impact of the outbreaks. Wenham has found no gender analysis of the coronavirus outbreak so far; she and two co-authors have stepped into the gap to research the issue.

The evidence we do have from the Ebola and Zika outbreaks should inform the current response. In both rich and poor countries, campaigners expect domestic-violence rates to rise during lockdown periods. Stress, alcohol consumption, and financial difficulties are all considered triggers for violence in the home, and the quarantine measures being imposed around the world will increase all three. The British charity Women’s Aid said in a statement that it was “concerned that social distancing and self-isolation will be used as a tool of coercive and controlling behaviour by perpetrators, and will shut down routes to safety and support.”

Researchers, including those I spoke with, are frustrated that findings like this have not made it through to policy makers, who still adopt a gender-neutral approach to pandemics. They also worry that opportunities to collect high-quality data which will be useful for the future are being missed. For example, we have little information on how viruses similar to the coronavirus affect pregnant women—hence the conflicting advice during the current crisis—or, according to Susannah Hares, a senior policy fellow at the Center for Global Development, sufficient data to build a model for when schools should reopen.

We shouldn’t make that mistake again. Grim as it is to imagine now, further epidemics are inevitable, and the temptation to argue that gender is a side issue, a distraction from the real crisis, must be resisted. What we do now will affect the lives of millions of women and girls in future outbreaks.

The coronavirus crisis will be global and long-lasting, economic as well as medical. However, it also offers an opportunity. This could be the first outbreak where gender and sex differences are recorded, and taken into account by researchers and policy makers. For too long, politicians have assumed that child care and elderly care can be “soaked up” by private citizens—mostly women—effectively providing a huge subsidy to the paid economy. This pandemic should remind us of the true scale of that distortion.

Wenham supports emergency child-care provision, economic security for small-business owners, and a financial stimulus paid directly to families. But she isn’t hopeful, because her experience suggests that governments are too short-termist and reactive. “Everything that’s happened has been predicted, right?” she told me. “As a collective academic group, we knew there would be an outbreak that came out of China, that shows you how globalization spreads disease, that’s going to paralyze financial systems, and there was no pot of money ready to go, no governance plan … We knew all this, and they didn’t listen. So why would they listen to something about women?”

Helen Lewis is a London-based staff writer at The Atlantic and the author of Difficult Women:  A History of Feminism in 11 Fights.
Source: The Atlantic March 19