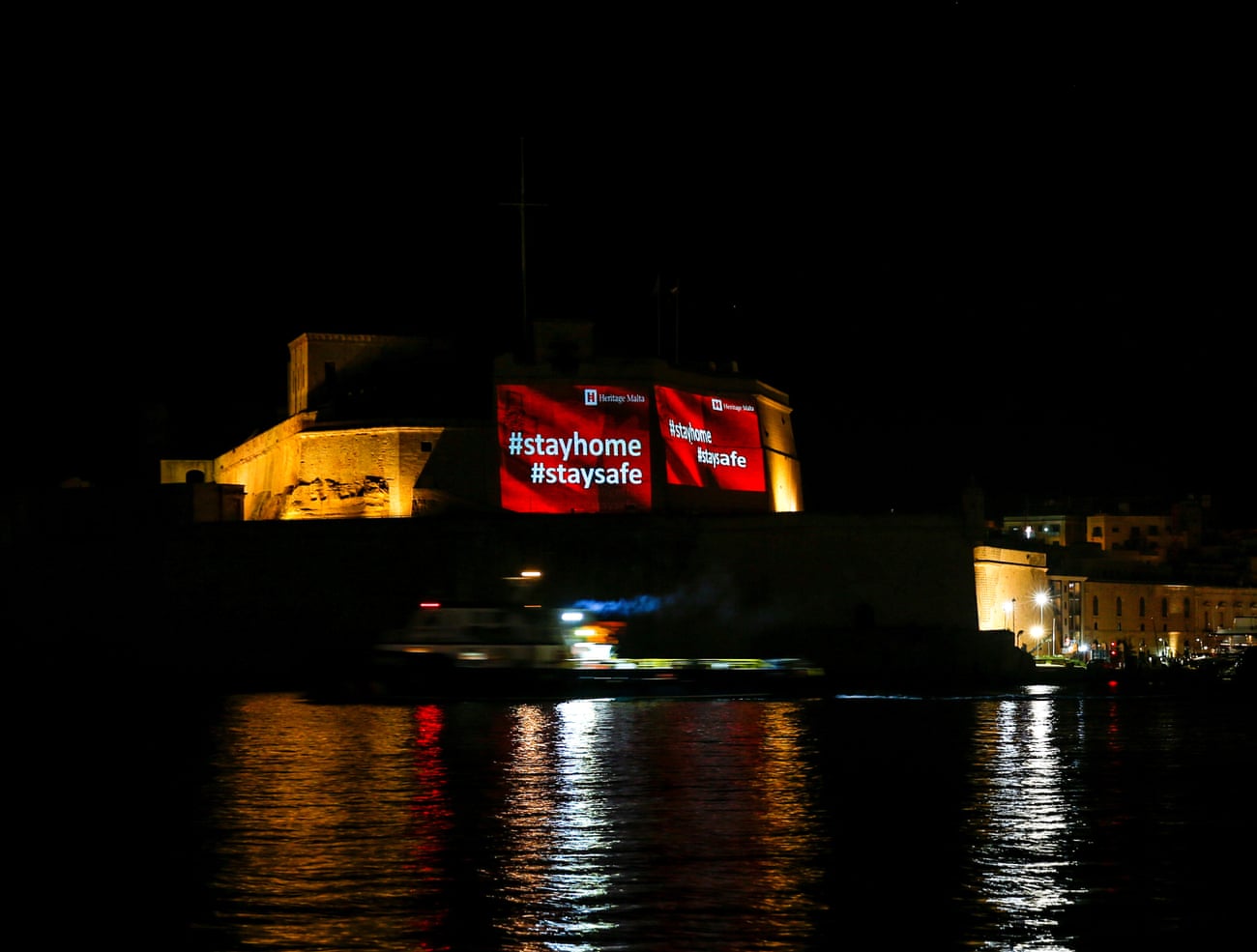 The nurse who told Marija she was still pregnant thought she was giving her patient good news. She chided Marija, who was seven weeks along, for not starting her vitamins sooner and sent her home.

But Marija (not her real name) was devastated. Six days earlier, she had tried to terminate the pregnancy with abortion pills she ordered online. But she had experienced terrible morning sickness throughout her pregnancy, and had thrown up after taking the first of the two pills. She was worried the medication had not had time to work before she vomited. After taking the second pill and bleeding for a few days, she went to the hospital to find out if she had miscarried.

Marija could not tell the nurse about the pills. Abortion is illegal in all circumstances in Malta, the only EU country that has a total ban on the procedure with no exceptions for rape, incest, foetal abnormality or the health of the mother. It is also highly taboo in the staunchly Catholic island nation. So Marija listened to the advice about the pregnancy the nurse thought was wanted, went home and booked a flight to the UK.

In mid-February, Marjia flew to London to have a surgical abortion at a Marie Stopes clinic in Ealing. She travelled alone, staying two nights in a hotel before flying home. The pills had cost €100. Overall, the trip cost €1,500, equivalent to a month’s salary for the 34-year-old accountant. She split the fee with her boyfriend.

A month later, Marija’s journey would have been all but impossible. Malta officially closed its borders as part of its coronavirus lockdown on 11 March, in effect also shutting any legal route to abortion. Currently, ordering pills online is the only way to terminate a pregnancy on the island, and it is a criminal offence.

If Marija had not been able to get out before the borders closed, “I think I would be dead by now” she says – rendered suicidal by the idea of having to carry an unwanted pregnancy to term.

“When I saw that positive test, I was so scared and trapped. You don’t think properly, you don’t have anywhere to go. You’re stuck here.”

The Abortion Support Network, a charity that helps people travel from Malta, Gibraltar and Poland to access abortions in countries with more liberal laws, saw a dramatic increase in calls to its hotline when borders closed in March. “The contacts we are getting are a lot more frantic,” says the network’s founder, Mara Clarke.

At the moment, the charity is advising women who are under the 12-week cut-off point for a medical abortion to order abortion pills online from Women on Web and Women Help Women, which distribute the medication worldwide, usually for a donated fee.

There are indications that a very small number have been able to leave the island for an abortion during the pandemic, but the overwhelming majority are turning to abortion pills. Women Help Women told the Guardian demand from Malta had tripled since the pandemic began.

Malta’s abortion law dates to the British colonial period. Under the criminal code, anyone who seeks or assists with a termination can be sentenced to up to three years in prison. But prosecutions are rare.

“This pandemic has cemented how dire the situation is, how desperate women are, how absolutely ugly it is to have a total ban,” says Lara Dimitrijevic, a lawyer and founder of the Women’s Rights Foundation.

But Dimitrijevic and many other activists point out that the travel ban has merely accentuated an existing problem, where legal abortion is only available to those who can afford a flight out of the country.

“The women who would generally travel now have to resort to a situation where they have to purchase pills,” she says. “They have to become criminals.”

Clarke puts it more bluntly: “Now almost everybody knows what it’s like to be a poor woman living in a country with a bad abortion law.”

The Women’s Rights Foundation is part of the first wave of abortion activism ever to take place in Malta and has been joined by a handful of advocates for change, grouped under the collective Voice for Choice which organised Malta’s first ever demonstration against the abortion ban in September last year.

Isabel Stabile, the only openly pro-choice gynaecologist in Malta, and a member of Doctors for Choice, says she has seen an increase in patients seeking advice about unwanted pregnancies.

“The vast majority of them have had terrible stories, stories on the lines of, ‘I’ve got a diagnosis of a serious congenital anomaly and the [Maltese] National Health Service won’t do anything about it, because the law is what it is – can you help me?’”

The well-travelled route from Valletta to London for those needing abortions mirrors the journeys of thousands who had to leave Ireland and Northern Ireland to end unwanted pregnancies before liberalisation in those countries.

Charmaine (not her real name), who travelled to the UK from Malta to end a pregnancy in 2011, describes her country as “like Ireland on steroids” when it comes to abortion – “in terms of how small we are, how tight-knit we are, how difficult it is to to leave the country”.

Many in the Maltese pro-choice movement point to the case of Savita Halappanavar, who died of septicaemia after doctors in an Irish hospital refused her a termination while she was miscarrying in 2012. There have been close calls in Malta too – in 2014, Canadian holidaymaker Marion Mifsud Mora was refused a termination after her waters broke at 17 weeks’ gestation, and she had to be flown out of the country to end the pregnancy and fight off the ensuing infection.

Marija has not told anyone except her boyfriend about her abortion. “Here, even if you say the word that you agree with abortion, they look at you sideways,” she says.

No one interviewed for this article who had had an abortion wanted their real name used, mainly because family support would not be available. “If my father knew I had an abortion … I’m sure he would disown me,” Charmaine says.

Anti-abortion sentiment cuts across Maltese social and economic lines. Even university students are mostly opposed to it. Children are still shown the notorious 1984 anti-abortion film, The Silent Scream, as part of sex education.

Dimitrijevic says she has had bullets left at her home for her pro-choice stance, and had her car tyres slashed. Mina Tolu, who ran unsuccessfully on a Green party ticket during the 2019 European parliament elections, was hit with a wave of online vitriol after releasing a video which challenged Maltese politicians to discuss abortion. One of the party’s co-founders quit in protest.

“You cannot prepare yourself for those comments. I regret not having had a strong enough support network to help me get over the barrage,” Tolu says.

But the fault lines have changed over time. Alfred Sant, who served as Malta’s prime minister in the 1990s and is now an MEP, has seen it firsthand.

“When the government started stocking contraceptive pills in state clinics in the late 70s or early 80s, all hell broke loose,” the veteran politician recalls. “Then a few years ago, the controversy focused on legalising the morning-after pill.”

Sant, 72, describes himself as “leaning towards pro-choice” but qualifies that by saying that the issue is “not a cut and dried one”. He was the only one of Malta’s six MEPs to vote in favour of a resolution in March which called on EU member states not to use the pandemic as an excuse to restrict reproductive health services.

He believes the public mood is gradually shifting and says it is “inevitable” that abortion will eventually be legalised.

But that looks unlikely during this political term. Former prime minister Joseph Muscat, who resigned in January after the scandal surrounding the murder of Maltese journalist Daphne Caruana Galizia, hinted that he would push for a national debate on abortion in his resignation speech. But his successor, Robert Abela, poured cold water on that notion, affirming his anti-abortion stance immediately afterwards. President George Vella, a former doctor, vehemently opposes legalisation, and has spoken at anti-abortion rallies.

Malta is due to reopen its borders on 1 July. But that does not mean accessing abortion overseas will suddenly be easy. Currently, the list of 17 countries to which travel will be permitted does not include the main destinations for abortions – the UK, the Netherlands, Spain and Belgium.

• The headline on this article was amended on 15 June 2020 to remove a reference to Ireland, where abortion is now legal, as stated in the article.

… we have a small favour to ask. Millions are flocking to the Guardian for quality news every day. We believe everyone deserves access to factual information, and analysis that has authority and integrity. That’s why, unlike many others, we made a choice: to keep Guardian reporting open for all, regardless of where they live or what they can afford to pay.

As an open, independent news organisation we investigate, interrogate and expose the actions of those in power, without fear. With no shareholders or billionaire owner, our journalism is free from political and commercial bias – this makes us different. We can give a voice to the oppressed and neglected, and stand in solidarity with those who are calling for a fairer future. With your help we can make a difference.

We’re determined to provide journalism that helps each of us better understand the world, and take actions that challenge, unite, and inspire change – in times of crisis and beyond. Our work would not be possible without our readers, who now support our work from 180 countries around the world.

But news organisations are facing an existential threat. With advertising revenues plummeting, the Guardian risks losing a major source of its funding. More than ever before, we’re reliant on financial support from readers to fill the gap. Your support keeps us independent, open, and means we can maintain our high quality reporting – investigating, disentangling and interrogating.

Every reader contribution, however big or small, is so valuable for our future.