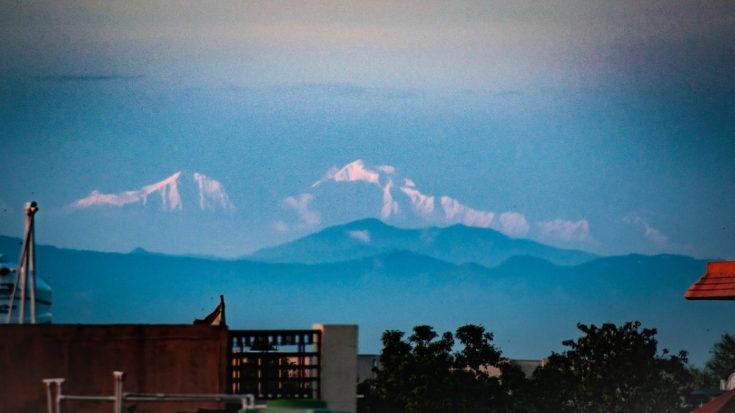 What decades of advocacy on climate change could not do, Covid-19 has done. Motivated by terror of an invisible but deadly enemy, millions of people have withdrawn from public spaces. Buses, trucks and cars have disappeared from our streets. Airports and train stations are silent and empty. Shops and markets are closed. Construction is at a standstill. Only bare essentials like food and medicines are being bought and sold. Factories have been shut down indefinitely. As a result, power and water consumption have fallen steeply from their normal levels. Our collective carbon footprint has shrunk to half of what it was just a few weeks ago. The air is cleaner and the skies are blue again. Everyone agrees that halting climate change in its tracks requires a radical transformation of our ways of being and doing. Perhaps the pandemic gives us reason for hope. Even though the changes we are seeing have been brought about by a combination of mass terror and state coercion, the experience of the global lockdown overturns many of our earlier assumptions. It seems now that whole populations can indeed change their ways of thinking, being, and doing if motivated to do so by something that touches on their survival.

1 This post is inspired by the author’s engagement with climate researchers in Nepal and Bangladesh as part of an ongoing IDRC-funded project on “Accelerating Climate Action: Social Equity and Empowerment of Women and Girls”

But when life returns to normal, will these changed behaviours and practices continue? Will people recognise and acknowledge their own culpability in the climate crisis? Will they resolve to transform their relationship with the natural world, and demand that their governments follow suit? For gender advocates working on climate change, there are other equally urgent questions. It took years of hard work to get gender equality commitments into global climate agreements. Will policymakers in the post-Covid world continue to uphold these commitments? Will women’s voices and concerns still be heard in global climate negotiations? Or will we see a repetition of history, where crisis becomes a vehicle to jettison principles and exclude critical perspectives? Optimism about the transformative possibilities of the pandemic should be tempered by our knowledge that those responsible for creating the problem of climate change still retain their power to set the global development agenda. Already, we are seeing governments all over the world piggybacking on the Covid crisis to undermine and roll back the social and environmental gains achieved through years of struggle2 . 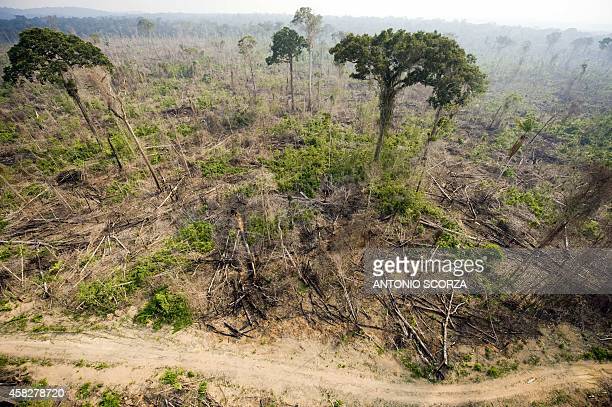 Aerial view of a cut down sector of the Jamanxim National Forest, Brazil. Credit: Antonio Scorza /AFP via Getty Images

Climate justice and gender justice cannot come about without confronting and challenging the injustices and inequalities embedded in the discourses and practice of development. To make this happen, we need to bring a sharper edge to the way in which we engage with both climate action and gender justice. We need an approach that rejects the tarnished tropes that have brought us to the edge of disaster. We need to look at the world, and ourselves in the world, through new eyes. We need to put climate action under a feminist lens. A feminist lens reveals much that is greyed out in the mainstream discourse. Where gender analysis explores women’s realities as they confront climate challenges, feminist analysis digs deeper to unearth the roots of our existential dilemma: the construction of human beings as distinct and separate from the rest of the living world with Man as the overlord set above the natural order. This is the “master concept” that undergirds our ideas of development, modernity, and progress. The history of civilisation is a grand narrative of the conquest of nature, portrayed as the passive and fertile female waiting to be transformed through the action of the powerful and active male principle. The association of nature with the female principle allows women’s productive and reproductive powers to be treated on par with natural resources: available for exploitation without cost, without guilt and without limits. This perception has had devastating consequences for nature as well as for women. A feminist lens reveals how this personification of nature as feminine lies at the root of other patriarchal binaries that sanitise and normalise women’s subordination. The body/mind binary, the starting point of so-called “scientific rationality”, places a higher value on the qualities associated with the “head” – cognition, intelligence, rationality – and conflates them with masculine power and the public domain. On the other hand, qualities associated with the “heart” – emotionality, compassion, gentleness – are considered feminine and soft, best suited to women’s “natural” roles of reproduction and care. The sanctity accorded to the institution of marriage places a cloak of invisibility around egregious abuses of power within the supposedly safe space of home and family. Domestic violence, child abuse, child labour, the denial of dignity to the powerless – all these are defined as “family matters” that should not even be discussed in public let alone addressed through external interventions. Apart from the ways they play out in the lives of individual women, the overlapping operations of the public/private and body/mind binaries also have long-term structural implications for the development sector. For instance, because care work is seen as a dimension of women’s biological role, it is exalted as a “labour of love” that cannot be spoken of in mundane economic terms. The myth that care work is not “real work” can be sustained only because it is performed within the protected private space of the family where its exploitative aspects are hidden from view. In contrast, men’s work is located in the public sphere and is therefore both more visible and more valued.

A feminist lens also reveals the ways in which these constructed binaries and gendered hierarchies of value are enmeshed in the language and practice of mainstream development. For instance, many women’s programmes aim to enhance women’s “access and control of productive resources”. A group of landless women who lease and regenerate wastelands to grow and market a high-value crop is held up as an example of empowerment. Another group, who have also regenerated wastelands but use only half of it grow grains and vegetables for their own consumption, are written off as a failed experiment.3 The basis for comparing the two groups is the money they have earned from farming. What happens to the land and local ecosystems is excluded from the balance sheet, as are the changing relationships within the private domain of home and family. Looking at the work of these two groups through a feminist lens would reveal the connections between land and life, the market economy and the economy of nature, the home and the outside world, economic relationships, and relationships of care.

By dissolving the artificial separation between the “monetised economy” and the “maintenance economy”, a feminist analysis shows that environmental justice and gender justice are organically and inextricably intertwined.4 Feminist economics demonstrates that, without the invisible subsidies provided by women’s care work and natural resources, the glorification of development as a “universal good” would be impossible to sustain. By pulling the carpet out from under the unthinking assumptions that sustain our notions of “normal” and “natural”, the feminist lens frees us from the constraints of a paradigm that treats gender equality and environmental justice as impediments on the path to prosperity.

A feminist lens does not restrict itself to women’s experiences alone. Instead, it takes a wide-angle view of the ways in which all human lives and experiences are shaped by multiple systems of privilege – sexism, racism, classism, casteism, ableism, homophobia, ageism, religious bigotry – that intersect and interact with each other to create complex experiences of power and powerlessness, submission and resistance. A feminist approach recognises that these systems of oppression are not just overlapping, but actually shape and sustain each other. When turned on the global system for climate action, a feminist intersectional lens reveals the mechanisms by which dominant players maintain their control over the climate change discourse and ensure that their own interests and concerns occupy the centre stage. Where the gender approach has brought women and their voices to global climate change negotiations, a feminist approach gives all subordinated groups the conceptual tools to challenge the rules of the game and demand fundamental changes. As a feminist who has been an insider in the development industry, I salute all those “gender people” whose decades of work and struggle lie behind the global affirmation of gender equality as an essential precondition for development. But that affirmation is no longer enough. Covid has foreclosed our options: there is no more room for denial, delay, or bargaining on the need to reimagine development. This is the moment for the gender warriors in the development industry to step into their feminist power and demand not just new rules, but a new game altogether. Tomorrow might be too late.

Kalyani Menon Sen is a feminist activist and independent researcher based in India. Her work focuses on the impact of macro-policies on the lives of women and disadvantaged communities. She is a Gender At Work Associate, and is presently supporting climate change researchers in exploring and integrating feminist perspectives into their work. She can be contacted at kalyani@genderatwork.org