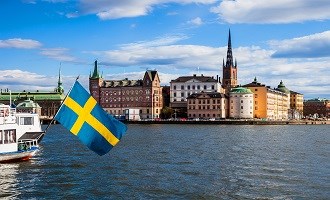 The country changed the legal definition of rape to sex without consent.

LONDON, June 22 (Thomson Reuters Foundation) — Rape conviction rates in Sweden have risen 75% in two years following a major change in the law, spurring calls on for other countries to revamp their legislation.

Sweden changed the legal definition of rape in 2018 to sex without consent. Unlike in many countries, prosecutors do not have to prove the use or threat of violence or coercion.

The National Council on Crime Prevention (Bra) said the rise in convictions — up from 190 in 2017 to 333 in 2019 — showed the change had had a greater impact than expected.

“We were surprised there was such an increase,” Bra senior researcher Stina Holmberg said on Monday.

“It’s a good sign. This has led to greater justice for victims of rape,” she told the Thomson Reuters Foundation, adding that she hoped the law would encourage discussions on the issue of consent in schools and homes.

“This shows an urgent need for other countries to follow suit,” said Katarina Bergehed, senior policy adviser on women’s rights at Amnesty International in Sweden. “Sexual activity must be consensual. Anything else is rape.”

Bergehed said most people still thought of rape as an attack by a stranger, but a review of court cases in Sweden showed almost all victims knew their assailant.

“These stereotypes are not helping victims to step forward — it makes them unsure of whether they really experienced rape or not,” she added.

Bergehed said many women also blamed themselves for what happened, particularly if they had frozen and not fought back.

Police and courts often query a victim’s story if she did not retaliate, but there is growing evidence that many victims experience temporary paralysis when raped.

Bergehed said a study by a Swedish emergency clinic for rape victims showed 70% had experienced a “frozen fright” reaction.

While Bergehed welcomed the rise in convictions, she said the overall number remained “shockingly low”.

Reports of rapes rose to 5,930 in 2019 from 4,895 in 2017, but Bergehed said this was the tip of the iceberg. She said sexual crimes were not prioritised and investigations often flawed, meaning few cases went to trial.

Sweden’s 2018 rape law also introduced a new offence of negligent rape for cases where courts found consent had not been established, but that the perpetrator had not intended to commit rape. The Bra review showed 12 people had been convicted of this offence.

Holmberg said the Supreme Court needed to provide clearer guidance to lower courts on the offence.

Reporting by Emma Batha @emmabatha; Editing by Helen Popper. Please credit the Thomson Reuters Foundation, the charitable arm of Thomson Reuters, which covers the lives of people around the world who struggle to live freely or fairly. Visit http://news.trust.org