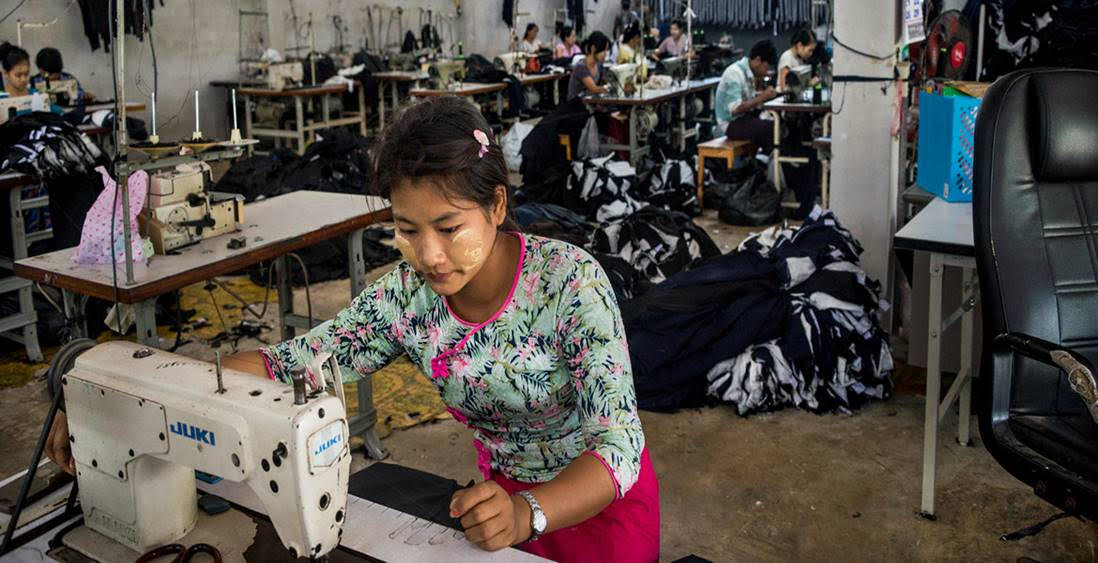 UN Women/Piyavit Thongsa-Ard – A migrant worker sews clothes in a factory in western Thailand. Working more than 12 hours a day, with overtime, they earn less than the minimum daily wage, leaving them with barely enough money for rent, food, or savings.

18 September 2020 – The United Nations is marking the first ever International Equal Pay Day, on Friday, drawing attention to the gender pay gap – the difference between what a woman earns compared to a man, for work of equal value – and the systemic inequalities it is rooted in.

Globally, despite decades of activism, and dozens of laws on equal pay, women still earn less than 80 cents for every dollar men do. For women with children, women of colour, women refugees and migrants, and women with disabilities, that figure is even lower.

Women’s unequal status at work “feeds inequality” in other areas of their lives, UN Secretary-General António Guterres said in a message.

“Women’s jobs are less likely to come with benefits like health insurance and paid time off. Even when women are entitled to a pension, lower salaries mean lower payments in their old age,” he said.

Noting that equal pay laws have failed to address the problem, the UN chief called for greater effort to find solutions.

“We need to ask why women are relegated to lower-paid work; why professions that are female-dominated have lower salaries – including jobs in the care sector; why so many women work part-time; why women see their wages decrease with motherhood while men with children often enjoy a salary boost; and why women hit a ceiling in higher-earning professions,” he stressed.

“We need to recognize, redistribute, and value the unpaid care work that is disproportionately done by women,” he urged.

Such efforts are all the more urgent given signs that the gender pay gap may worsen due to COVID-19 and its fallout, including because so many women work in service, hospitality and informal sectors which have been hardest hit.

“The COVID-19 pandemic has exploited and exposed inequalities of all kinds, including gender inequality. As we invest in recovery, we must take the opportunity to end pay discrimination against women,” said the Secretary-General.

“Equal pay is essential not only for women, but to build a world of dignity and justice for all,” he underlined. 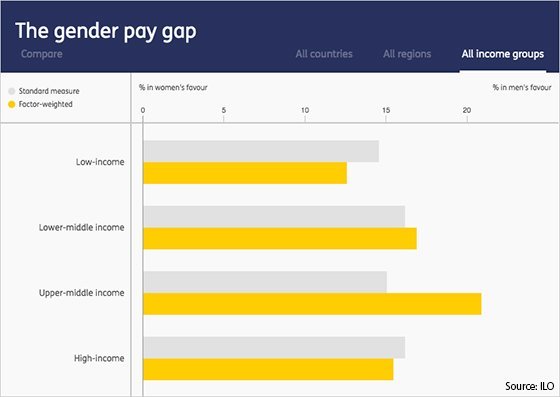 According to UN Women, the UN Entity for Gender Equality and the Empowerment of Women, in spite of significant progress in women’s education and higher female labour market participation rates in many countries, closing the gender pay gap has been too slow.

At the current pace, it could take 257 years to achieve economic gender parity.

Women workers’ average pay is generally lower than men’s in all countries, across all sectors, for all levels of education, and age groups. While gender pay gap estimates can vary substantially across regions and even within countries, higher income countries tend to have lower levels of wage inequality compared to low and middle-income countries.

However, estimates of the gender pay gap understate the real extent of the issue, particularly in developing countries, because of a lack of information about informal economies, which are disproportionately made up of women workers, so the full picture is likely worse than what the available data shows us, says the UN agency.

The International Equal Pay Day, to be commemorated on 18 September annually, was established in 2019 by the UN General Assembly, which voiced deep concern over slow progress in women’s economic empowerment, the undervaluing of work traditionally held by women, and the difficulties in tackling pay inequality.