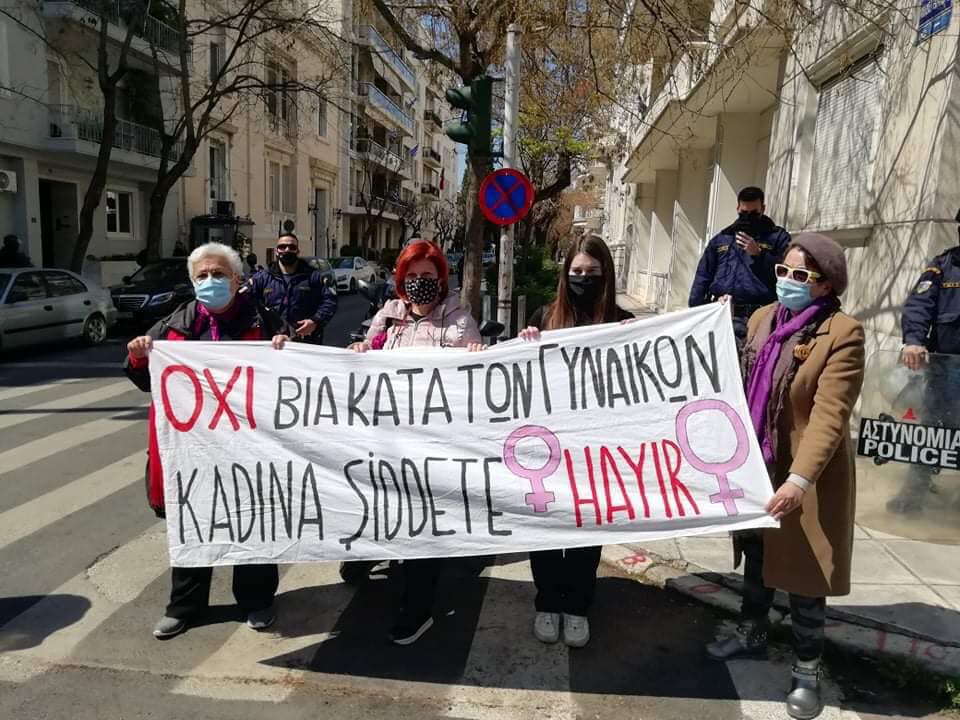 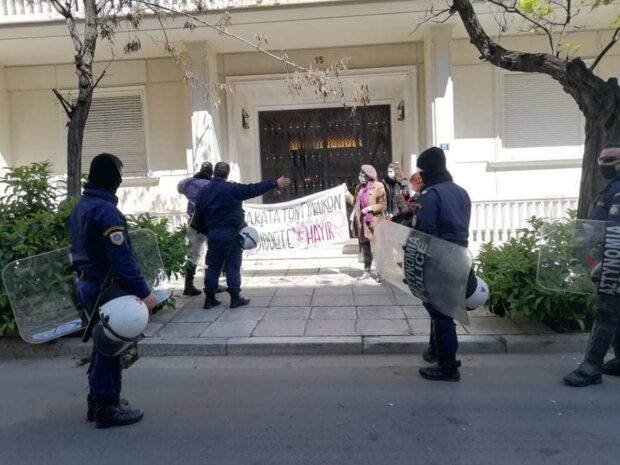 Seven feminists, members of women’s organizations, representing the Committee on Family Law and Consensual Joint Custody, held a symbolic protest on Friday, March 26, 2021 at 12pm against Turkey’s withdrawal from the Istanbul Convention, aiming to deliver the relevant protest memorandum to the Turkish Embassy.

Instead, they were confronted by about 50 police officers who surrounded them (5-6 motorbikes, 12 shielded officers of the MAT forces, 2 patrol cars, etc.), did not allow them to approach the Embassy, ​​initially prevented them from opening their banner and finally forced them to go accompanied by police officers to the nearest Police Station (Syntagma) for identification. 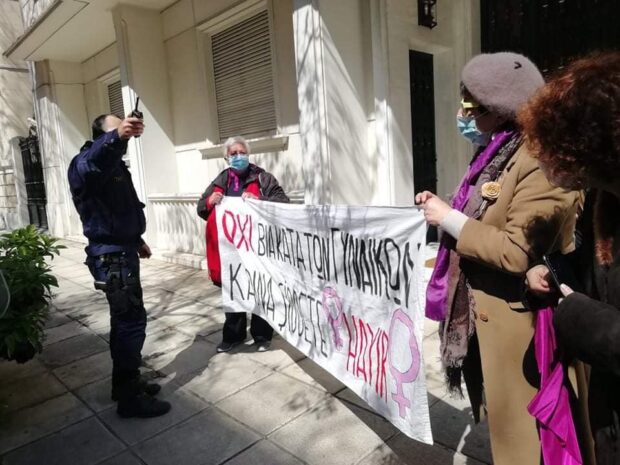 When the 7 women inquired if they were being transferred in, the policemen responded that they are under surveillance.

We, the 7 feminists who anguish over the fate of women – victims of gender-based violence without borders and who wanted to raise our voices today as a sign of solidarity with women in Turkey, strongly protest against the police state phenomena and police arbitrariness aimed at terrorizing every Active Citizen, to reduce personal freedoms and to oppose the constitutional right to protest. 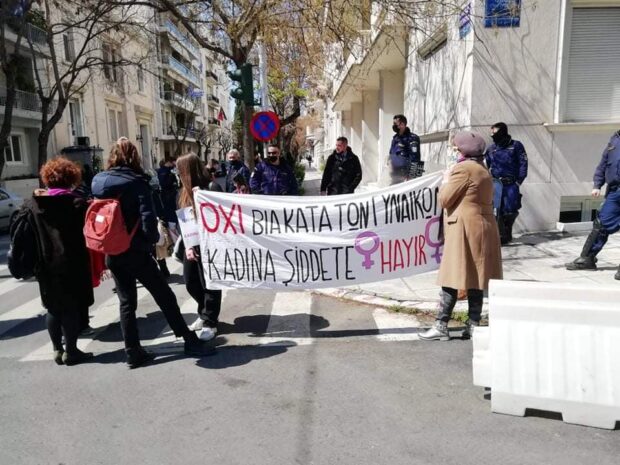 We declare that the arrests and detentions do not deter us, as they did not deter us on November 25th when 14 women were arrested for the small and symbolic demonstration for the International Day for the Elimination of Violence against Women.

In fact, hypocrisy abounds when the Prime Minister, the President of the Republic, politicians, officials of the European Union and the Council of Europe have made statements about this unacceptable attitude of Turkey.

We demand respect for our human rights, such as our right to demonstrate without acts of terrorism, and we denounce the current attitude of the police as illegal. 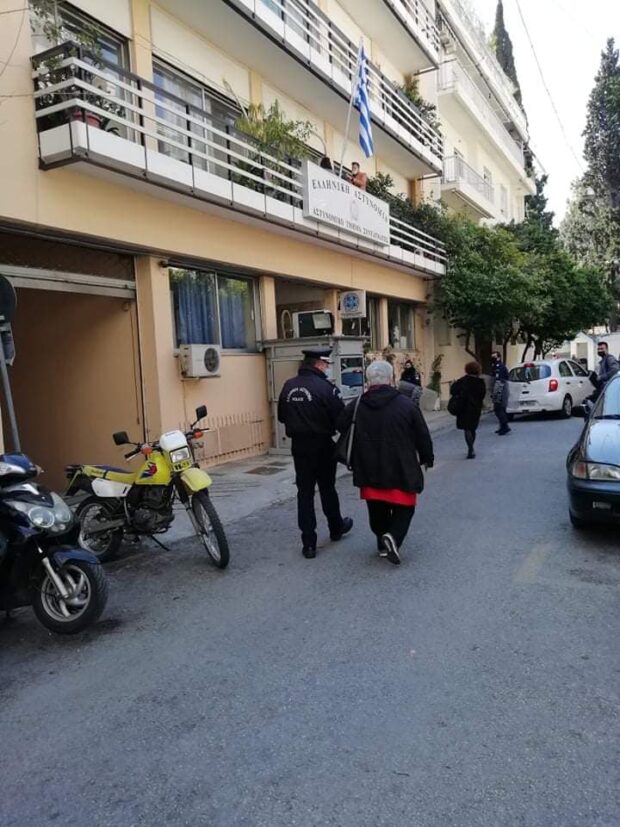 We will openly denounce the police terrorism we experienced today in the feminist movement in Turkey and Europe, and in European institutions.

The above is signed by the following 8 organizations:

Center for Research and Action for Peace (KEDE)
www.kede.org kede@kede.org