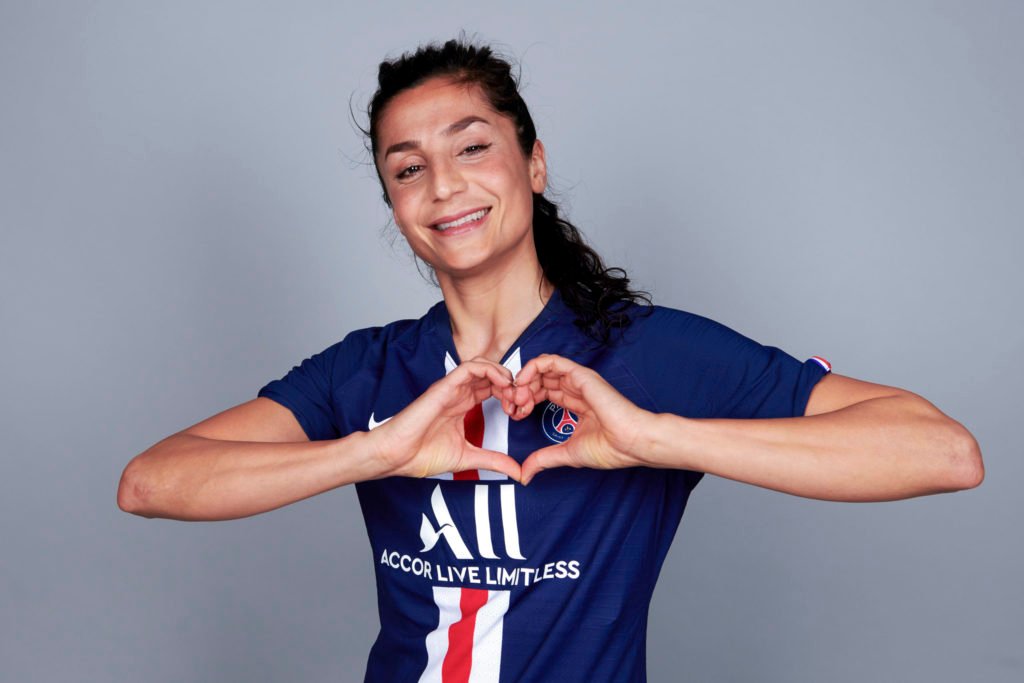 Nadia Nadim is a 33-year-old footballer who plays for Denmark, but she is not your average athlete. Nadia Nadim’s story of tragedy and triumph is an inspiration to many – and it’s currently going viral on social media. While Ms Nadim is today considered to be one of the most influential football players, particularly after she won the French league title in the 2020-21 season with Paris Saint-Germain, her childhood was marked by trauma.
Ms Nadim was born on January 2, 1988, in Herat, Afghanistan. She was just 11-years-old when the Taliban murdered her father, who had been a general in the Afghan army, according to The Independent. With her mother and four sisters, she escaped Afghanistan for Pakistan with forged passports, from where the family made its way to Europe.

“We planned to escape to London, where we had a few relatives, and with forged passports we came to Italy through Pakistan,” Nadia writes on her website.

“From there, me and my entire family went on a truck, thinking we where heading towards London.

“After a few days, we all turfed of the truck, expecting to see Big Ben. We did not. All we saw was trees. We asked a passer-by and found out that the bus had dropped us in Denmark.”

Denmark is the country that became home to Nadia and her family, and it’s here that she began her career playing for the B52 Aalborg club. In 2009, Nadia Nadim made her debut for the Danish national team in Algarve Cup and has since earned a reputation as a prolific goalscorer who has helped her team to several wins. Her fantastic goal in the 2017 European Championship was one of the highlights of her impressive career.

But that’s not all – Ms Nadim even managed to find the time to train to become a reconstructive surgeon, according to CNN. She’s a medical student at Aarhus University and plans to complete her qualification after she retires from football.

While Nadia Nadim’s incredible story is already documented in her autobiography, it began to gain attention again recently.

“Father killed by Taliban in Afghanistan when she was 11, fled to Denmark. Scored 200 goals & represented the Danish national team 98 times. studying to be a surgeon. Speaks 11 languages, on the Forbes list of Powerful Women. show your daughter a role model, show her Nadia Nadim!” wrote a Twitter user two days ago on the microblogging platform, sharing a picture of the footballer.

The tweet has gone viral since it was posted, racking up more than 1.3 lakh ‘likes’ and hundreds of comments from people who hailed Ms Nadim an inspiration and a role model.

Ms Nadim took to Twitter Wednesday to thanks her fans for the outpouring of love she has received. “I’m overwhelmed by all the kind messages. I wish I could reply them all. But thanks, I surely appreciate it, and it warms my heart,” she wrote.

When she’s not playing football, Nadia Nadim spends her time doing ambassadorial work for the United Nations and charity work. Her latest off-field project has been to collaborate with PSG and KLABU, a charity that helps build sports clubs in refugee camps around the world.