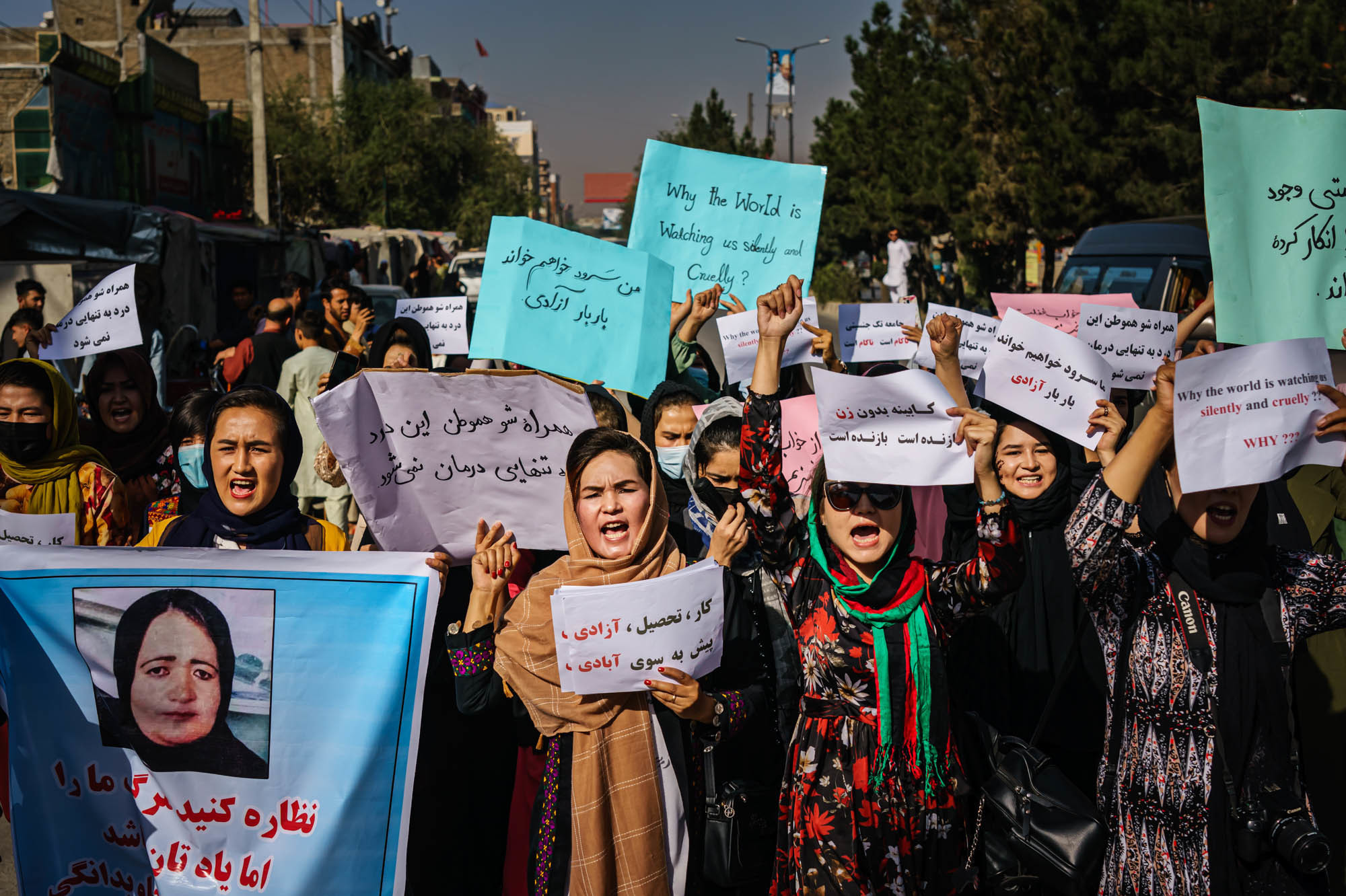 The undersigned 11 women’s organisations, have organised a public protest for the support of the people and of the women of Afghanistan in Athens, in front of Parliament, on the 30th of September 2021, at 6.30 p.m. They will subsequently submit the protest to the parties of Parliament and the Prime Minister.

The pictures we saw the last few days on the internet, with thousands of Afghan women and men squeezing desperate in Kabul airport trying to leave homes, properties, their country, have haunted us.

We follow with deep anxiety what happens in Afghanistan, after the recapture of power by the Taliban, something that froze the international community.

The return of Taliban power signals the beginning of a new tragedy for the Afghani people, and mostly Afghani women and girls who are under the threat of the implementation of a very strict interpretation of the Sharia law, which practically means the deprivation of their human rigts, their humiliation and grave danger for their lives.

It seems that history repeats itself, that the 20 years of American invasion were not finally a salvation, as was presented, but they increased conflicts, they triggered violent clashes and now the price for their failure are called to pay dearly, mainly the Afghan women.

Afghanistan is facing a huge humanitarian crisis. Under these extremely difficult conditions.

We express our solidarity to the Afghani people, more particularly the Afghan women and girls, who are today the target of Taliban. Human rights and their lives are in danger.

We ask the European governments, and of among them the Greek government, instead of building fences which divide people, to regulate simple and legal procedures for all those women refugees from Afghanistan that would address the relevant embassies of the countries, so as to save them from the circuits of refugee trafficking.

We denounce the violation of human rights of women, of vulnerable social groups, of national minorities and all the Afghanian people. And we also refuse to accept the instrumentalisation of Afghani women with the purpose of justifying in any way new wars, conflicts and imperialist tactics.

We demand from the international community to take measures for: the peaceful resolution of differences in the area without exclusions due to gender, for sending of humanitarian aid, the protection of human rights of women and all the Afghani citizens and the protection of the refugees.

We declare our commitment to support the movements of Afghani women and their demands, which are peace, democracy, social justice and human rights.

Singed by the women’s organisations

Centre for Research and Action for Peace KEDE / www.kede.org / kede@kede.org /

Women’s Group of the organisation Social Intervention for the Western area / https://paremvasidytika.wordpress.com/ / paremvasidytika@gmail.com

The cover photo is from recent mobilisation of Afghani women in Kabul.