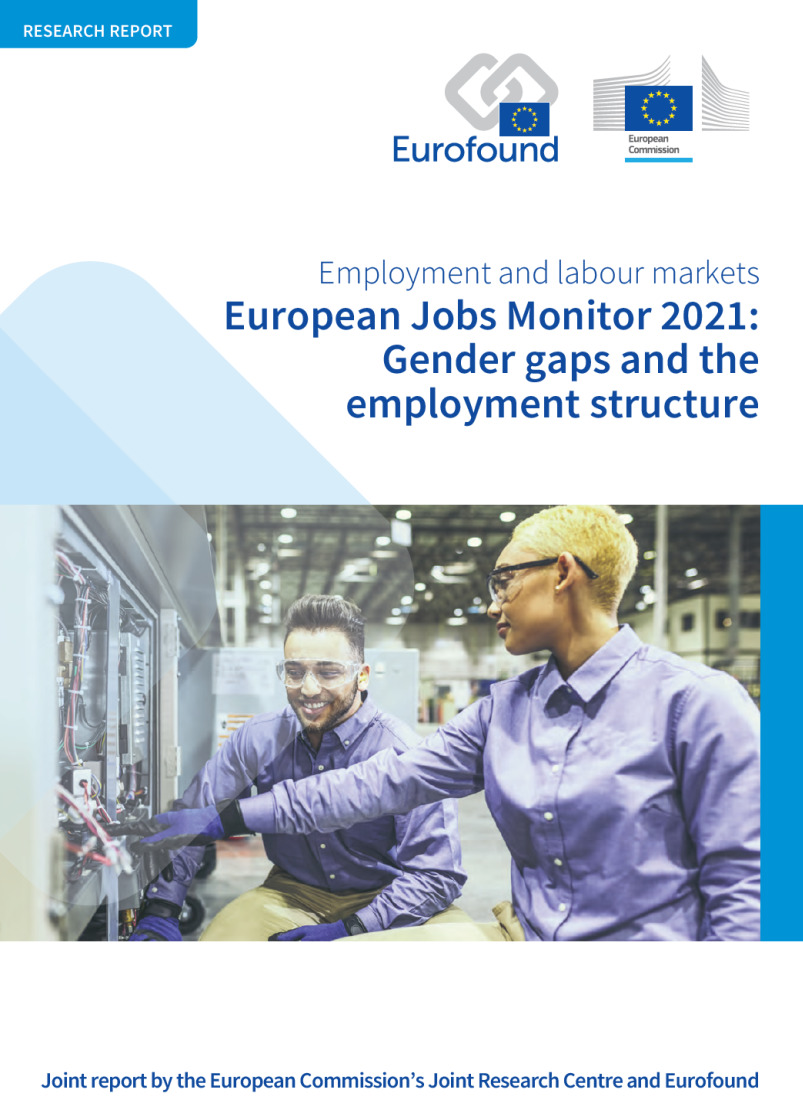 This interesting 86 page report can be found at

Two distinctive features of labour market change over the last two decades have been the large increase in the labour market participation of women and the trend of workforce ageing. These are just the most recent phases of long-standing patterns of change associated with population ageing, the decline of the traditional male breadwinner model at household level and greater economic autonomy of women.

Women’s inactivity rates in particular have declined sharply. This has occurred at the same time as the growth in men’s employment rates has slowed or
stagnated. The result has been a narrowing of the gender employment gap. However, while this gap has contracted, it still persists in nearly every EU Member State. Current policy targets set out in the European Pillar of Social Rights Action Plan aim to achieve higher employment rates and reductions in the gender employment gap (European Commission, 2021b).

An important consideration is that the target levels of a 78% employment rate (72.5% in 2019) among those aged 20–64 years to be achieved by 2030 and a halving of the gender employment gap (11.7 percentage points in 2019) over the same period can be met only if women’s employment growth continues to outrun men’s growth at an even greater rate than that experienced since the late 1990s. This will be especially challenging given that the gender employment gap has remained virtually unchanged since 2014 (Bisello and
Maftei, 2020).

One could have expected the relative expansion of women’s employment in recent decades to have led to a diminution of occupational or job segregation by gender. However, the evidence from different indicators is that jobs have not become more gender mixed. The largest share of employment growth has come in jobs held mainly by women and female-dominated jobs.

However, there are differences between the central and eastern European post-2004 accession Member States and the older Member States. In the former, including many that transitioned from state socialism in the 1990s with its tradition of high labour market participation of women, there has been a steady increase in gender segregation since 1998 from low starting levels. In older Member States, on the other hand, gender segregation has declined, notably after 2011.

There may have been broader macroeconomic convergence (in terms of gross
domestic product per head) between older and newer Member States over the last two decades, but based on evidence in this report trends in employment
segregation by job and gender have instead diverged. Gender segregation in the workforce derives in part from the different task profiles of jobs. Female-dominated jobs are often different from male-dominated or gender-mixed jobs in terms of their task profile. The biggest gender differentiation is in the ‘caring’ content of jobs, which is much more common in female-dominated jobs. Machine use, on the other hand, is much more common in male-dominated jobs. There were also a number of less expected results from the
analysis of the EWCS data. Tasks requiring physical strength were not exclusive to jobs done primarily by men. They were also common in some female-dominated jobs (notably in caring and healthcare).

Women’s employment is skewed to low-wage jobs and women represent a majority in the bottom job–wage quintile (at EU aggregate level) but a minority in all other job–wage quintiles. They are in particular underrepresented in the middle of the wage distribution, where blue-collar jobs traditionally held by
men (for example, in construction and manufacturing) predominate. These gendered attributes of the job–wage distribution have changed, but only gradually.

The question of whether women’s employment growth has been more polarising or upgrading (compared with that of men) was nuanced in the report’s analysis and depended in part on the particular application of the
jobs-based approach used in the European Jobs Monitor.

The state (and hence policy) has had an important role to play in boosting well-paid women’s employment through its role as an employer. In most Member States, the state accounts directly or indirectly for between 15% and 35% of employment. In sectors such as health, education and public administration, policy decisions – namely whether to reduce or expand public expenditure
on such services – have a very direct bearing on the shape of overall employment shifts. Employment in these sectors tends to be biased towards higher skills. It also tends to be biased towards women’s employment, and these two linked features contribute strongly to relatively stronger recent growth in women’s employment in well-paid jobs. Health, education and
public administration combined account for around 60% of net recent (2011–2019) employment growth in mid- to high-paying jobs for women, but these sectors account for the same growth for men only very modestly (<10%). Men’s employment growth has been mainly in other private service sectors.

Notwithstanding higher employment growth for women in well-paid jobs, it is still in the upper part of the wage distribution that the gap in hourly pay between men and women is greatest. The gender pay gap is higher in the highest wage quintile jobs in most countries and over twice as high in percentage terms than those in the lower three wage quintiles.

Human capital variables – education and tenure – have declined in importance over time as factors explaining the gender pay gap (Blau and Kahn, 2017). Indeed, in this analysis, controlling for education increased rather
than decreased the gender pay gap. This is because women are now more likely than men to have tertiary qualifications, on average, while wage returns to education are greater for men the further up the qualification ladder one goes and are highest for those with post-tertiary qualifications. Women are
outperforming men in education, but are being outperformed in terms of pay. In summary, gender gaps are closing, but they are closing more slowly than might be expected based on the characteristics of female workers.