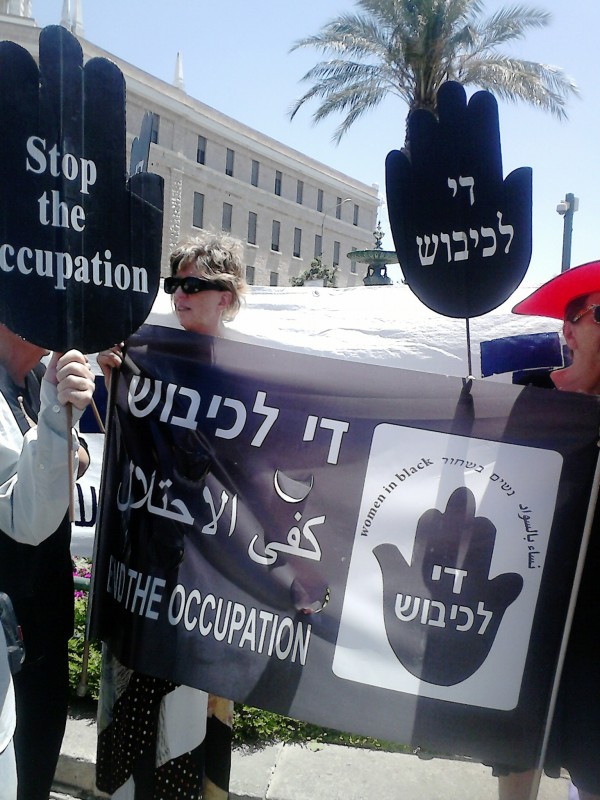 NEW DELHI: Anael, an Israeli friend of mine, recently put up this post on her Facebook page. It was a sketch of the Biblical Abraham, ready to plunge a knife into his little boy, and a hand intervening from behind. Below it was the following message: ‘A Call to All Women: Abraham failed the test God gave him. He was willing to sacrifice his son. That is why God had to send an angel to stop him. Sarah would have passed the test. Hajar would have passed the test. It is time the women take over running this house. It is time we recognize our role: we are here to defend our children. We are not here to send them to defend us.’

My friend put an alternative – some would even call it a feminist – spin on the story of Abraham and his great sacrifice. Abraham is considered the common ancestor of Jews and Arabs, through his sons Isaac and Ishmael, respectively. Yet, as the latest conflagration in Gaza, by no means the first, has shown – Arabs and Jews are spilling each others blood. As the conflict played out on our television screen, and on social media, women in both Israel and Gaza were either losing their children or fearing the very real possibility of losing them any time.

Indeed, women like Anael want to stand up to protect their young – her son was sent off as part of the Israel Defense Force (IDF) to Gaza when Israel decided to launch an offensive to hunt down Hamas. But what mother can see her son go off to war? And how can she bear the fact that he may end up killing people just like them – with homes, children and domestic problems?

I had met Anael in 2006 in Turkey during a track two conference of Israelis and Palestinians. Together with an Arab counterpart she was engaged in peace building work through an initiative called Creativity for Peace under which Israeli and Palestinian women, mostly young, met each other, and through joint fun activities, such as dancing, yoga, poetry writing, painting, came to know each other. I distinctly remember, on my way home the lone Iranian participant at the conference, a senior researcher from Tehran, had expressed amazement at what he found when he, by mistake, intruded on a session of Creativity for Peace: an Israeli and a Palestinian woman staring at each other, with tears streaming down their faces. Reactions like this are not uncommon when the two groups come together.

Anael has not been alone in her yearning for a conflict free existence. One of the early organised efforts to this end was the Women in Black (WiB) movement that had started off as a local protest in Israel in December 1987, soon after the first Intifadah, or Uprising, broke out in the West Bank. A small group of Jewish women from Jerusalem – left-wing activists, academics and ordinary women – decided to launch a simple demonstration to express their belief in peace. Till today, once a week they gather at the Paris Square in central Jerusalem dressed in black and raise their trademark “black hands” placard bearing a single line ‘End the Occupation’ written in Arabic, English and Hebrew. I had met the group first in 2001 in Jerusalem; since then, during my several visits there I have seen participants assemble dutifully even in ‘normal times’ when there has been no exchange of fire between the two sides.

According to Gila Svirsky, one of the best known faces of this movement, WiB was born out of love for Israel. The participants wanted Israel to live in peace with the Palestinians. The occupation was corrupting Israeli society, without achieving sustainable peace. Sure enough, as the violence in Gaza escalated a few weeks back, the WiB held vigils across Israel.

Of course, the attempts at conflict resolution have not been one sided. Arab women like Khulood Badawi, a member of the WiB, have stood in solidarity with their Jewish sisters. Badawi recalls how amazed she had been to see Jewish women, their deemed ‘enemy’, being attacked by Israeli soldiers during a demonstration at the Al Ram check post, one of the entry points to Ramallah in the West Bank, “I saw old Jewish women confront armed Israeli soldiers. These women were in the firing zone for the sake of Arabs…That touched me deeply.”

That is probably one of the greatest dividends that peace building yields: it changes perspectives by allowing one to know the other’s point of view, eventually setting off a chain reaction – from fear to knowledge to understanding and, finally, reconciliation.

This transformation has been epitomised by Dr Nurit Peled Elhanan, an Israeli academic who lost her 13-year-old daughter, Smadar, in 1997 to a Palestinian suicide bomber. Since then, Dr Elhanan has viewed war as a futile exercise that only destroys. In a moving speech some years back she had said: ‘…the useless wars that our children are forced to fight…waged supposedly for the love of the country…. But the truth is that these wars are waged for no reason than the insanity and megalomania of the so-called leaders…. For them children are no more than abstract notions: You kill one of mine, I will kill 300 of yours and the account is settled… But I, who lost my only daughter, know that the death of any child means the death of the whole world…’ Dr Elhanan has devoted her time to forging a dialogue with the Palestinians through the Palestinian and Israeli Bereaved Families for Peace that brings together people who have lost their loved ones in a similar manner.

Besides outright casualties, activists Hannah Safran and Assia Istoshina have noted that there are a number of other ways in which women bear the consequences of war. A recent report by Women’s Security Index (WSI), a group that comprises six organisations of Palestinian and Jewish women, has revealed that during the recent round of fighting in Gaza, domestic violence hot lines in Israel reported a sharp increase in calls. Moreover, Arab women in the country, too, were found to be extremely vulnerable due to rockets fired by Hamas and the prevailing heightened sense of ‘nationalism’. And yet Safran said, “Women have not given up. They are at the forefront of demonstrations against war.”

WiB has continuously held vigils, another group set up a mourning tent in Tel Aviv, Palestinian and Jewish women in north Israel organised “reflections against war” and even those who are otherwise not politically active have created a Facebook group called Khalas, Enough, Dai (Arabic, English and Hebrew).

As Anael has commented on her Facebook page: ‘It used to be easier only knowing the narrative of my own people – but today having met the other side, heart to heart, eye to eye, over all these years I feel the cracks breaking the shell …am not sure I can deal with another loss – be it one of our boys or one of those I know and love from Gaza’.

It is time to listen to these Sarahs and Hajars.