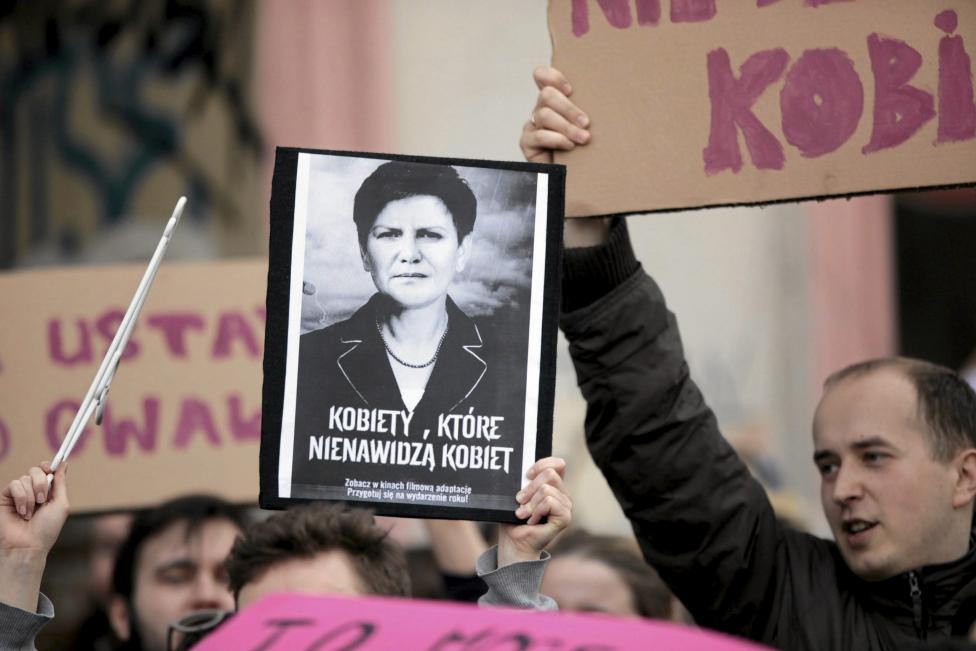 Our bodies are not the property of the government, of politicians or of the episcopate. Our bodies are our own! – said the Chairperson of the Polish Green Party Zieloni Małgorzata Tracz during the demonstration of the Committee for the Defence of Democracy on the 3rd April in Wrocław. Read the speech.

Today I had been planning mainly to talk about how the Minister of the Destruction of the Environment is attacking the Białowieża Forest. However, I will limit myself to making an appeal to the MPs present today at this demonstration to act above all divides and put forward a motion calling for the dismissal of Jan Szyszko. As the Polish Green Party Zieloni we have prepared such a motion and we will be glad to hand it over to the MPs from Lower Silesia present here today.

But today I primarily want to talk about an issue which influences me directly, as well as impacting all Polish women and their close ones. This topic is the inhuman bill which aims to introduce a complete ban on abortion and will bring about a new hell for women. This will be a hell in which raped women will be forced into giving birth, while women with health problems will be made to bear children even if it threatens their lives. This bill changes women into incubators!

Today politicians from various options want to take away our basic rights to decide about our bodies and our lives!

We are dismayed that politicians in the Polish parliament, including the same ones who often talk about the importance of civil rights, are either openly in favour of this bill or silently express their agreement. The opposition parties cannot avoid this topic!

We must show our resistance to these ideas, which are a manifestation of a sick hatred of women. Icelandic women in 1975 organized a one-day “women’s strike”, which paralyzed the country. Similarly, Spanish women organized demonstrations attended by thousands in Madrid in defence of their rights.