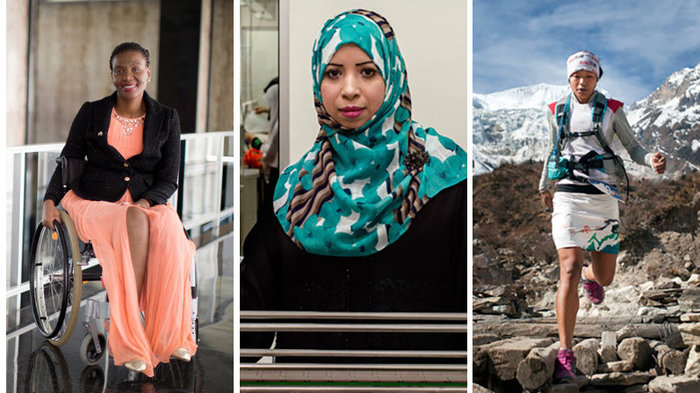 “Feminism” was the most looked-up word in Merriam-Webster’s online dictionary in 2017.

We’ve profiled some extraordinary women in Goats and Soda this year who should be cited in the dictionary’s definition. They pursued their goals in the face of poverty, war and prejudice.

Many of these women were recognized in 2017 for their determination. Malebogo Malefhe of Botswana, who was shot by her boyfriend 10 years ago, was given an International Woman of Courage award by the State Department for her work with domestic violence survivors. And ultrarunner Mira Rai, who grew up in a small village in Nepal, was named National Geographic’s Adventurer of the Year.

Here are seven of the remarkable women we wrote about.

Alika Kinan, the sex trafficking activist who sued her captors 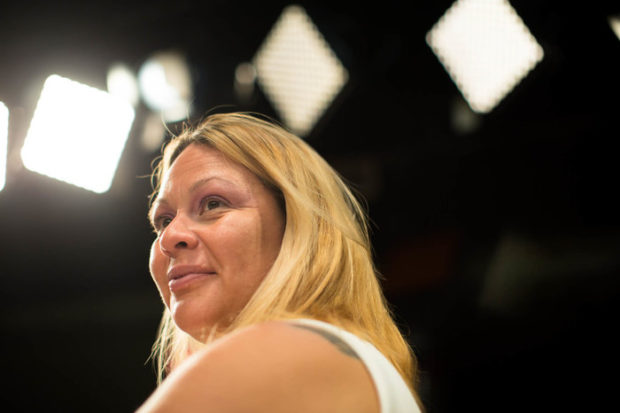 Alika Kinan was one of eight international activists honored at the State Department for their work against human trafficking. – helby Knowles/NPR

When Kinan was a teenager in her native Argentina, a woman offered to buy her a plane ticket. Kinan thought was going to go on a great adventure. Instead, she was trafficked — stripped of her travel documents and taken to a brothel, where she was expected to have sex with 15 to 30 men a day. It was nearly 20 years before she was rescued. She went on to become the first Argentine woman to sue her traffickers and the state, winning a total settlement of about $50,000. Her years of activism against trafficking led her to the U.S. State Department in June, where Kinan was one of eight international activists honored at the unveiling of the 2017 Trafficking in Persons Report. 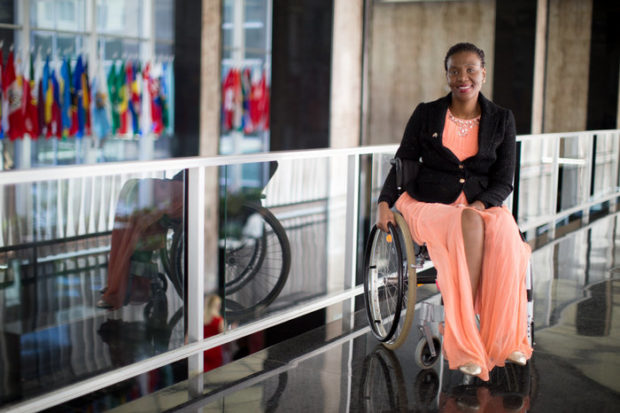 Malebogo Molefhe, a winner of the 2017 International Women of Courage award, at the U.S. Department of State – Ryan Eskalis/NPR

When people find out that Malefhe uses a wheelchair because she was shot by her boyfriend, the first question they ask is: “What did you do to him?” Now Malefhe, who sustained eight bullets from her boyfriend of 10 years, wants to make sure that no woman who has faced domestic abuse is asked this question ever again. Since then, she has devoted herself to fighting gender-based violence in her native Botswana and teaching women that when men hurt them, it’s not their fault. This year, the U.S. State Department gave her the 2017 International Women of Courage award.

Lucy Nabiki Takona, a safari guide who’s forging a path for women in the male-dominated field 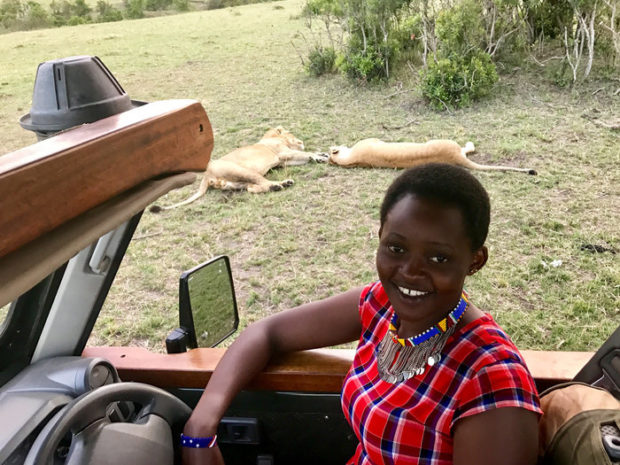 Lucy Nabiki Takona of the Masai community is a female safari guide in a male-dominated profession. Men don’t always think she can handle the job, but she just forges ahead.
Ginanne Brownell Mitic for NPR

As a child, Takona says, she thought her only career option as a woman was to be a teacher. But during a trip to the Nairobi National Museum in her last year of high school, she realized there were other possibilities. “A woman took us around the museum and she really had knowledge, so from that day forward I knew girls could be something more than teachers,” Takona says. So she went to study at the Koiyaki Guiding School for two years on a scholarship from the volunteer travel organization African Impact — and became one of only a few women in the male-dominated field. In November, she took the exam for the coveted silver badge. She did not pass but is determined to try again. 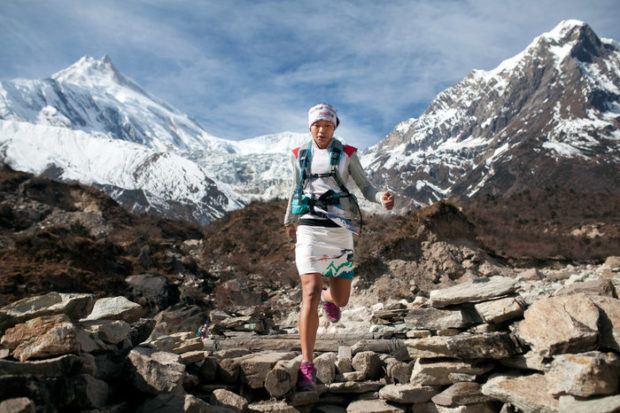 When Rai was growing up, she dreamed of a better life outside her village in Nepal. But she was broke and had run out of hope. Then she tried a 31-mile trail race. Today, she’s one of the top ultrarunners in the world. She bagged her Salomon sponsorship in 2016 and was declared National Geographic’s Adventurer of the Year in January. “My grandma, she worked hard, my mom, she worked hard, but they didn’t have a chance to do something, to get respect,” Rai says. “I went around the world, which nobody ever got that chance, from my family or village.”She wants to translate that chance into opportunities for other young people, especially girls.

Zainabu Hamayaji, a Boko Haram survivor who pretended to be crazy to save her children 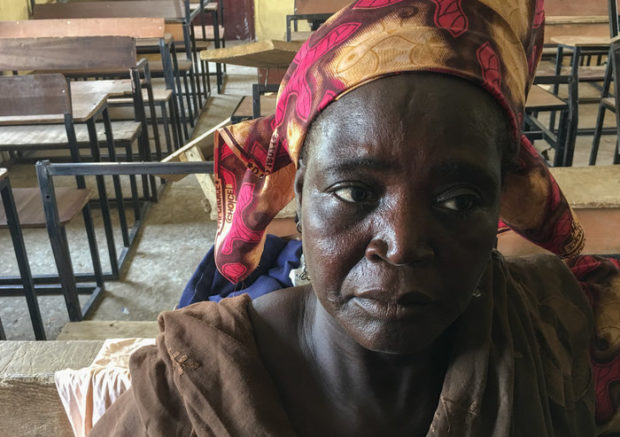 Zainabu Hamayaji went to extreme lengths to protect her family from being abducted by Boko Haram.
Ofeibea Quist-Arcton/NPR

Ingenuity, inspiration, an elaborate ruse and a touch of madness. That is what it took for Hamayaji to protect her family from Boko Haram. The terror network in northeastern Nigeria has killed 20,000 people, abducted thousands more and driven more than 2 million people from their homes during its eight-year insurgency. The 47-year-old mother of 10 — four biological and six orphaned children ranging from age 5 to 15 — had to feign insanity to keep the insurgents away. They didn’t want to mess with a “madwoman,” says Hamayaji. She and her children now lives in a camp for displaced persons in her hometown.

Eqbal Dauqan, a refugee who didn’t let war deter her from being a scientist 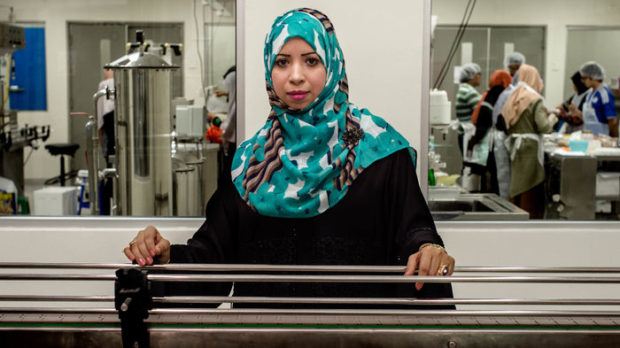 In March 2015, Dauqan’s hometown of Taiz was pulled into Yemen’s bloody civil war. Planes dropped bombs — and not just on military targets. “They were bombing my university!” says Dauqan, a biochemistry professor. “They killed some of my students.” After the bombings began, she had to stop her research. The university shut down. And it wasn’t safe for her to leave home. Then one day, after months in hiding, Dauqan had an idea: Maybe her science could get her out of the war. She applied for a scholarship for refugees — and won it. Today, she works as a scientist, researcher and professor at Universiti Kebangsaan in Malaysia.

Chenai Mathabire, winner of a prize for her research on a faster tuberculosis test 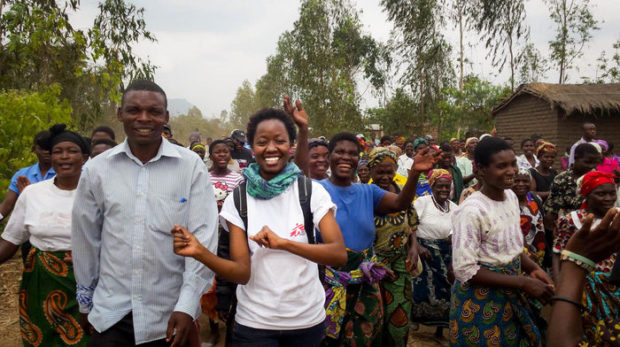 There was a time when Mathabire read Vogue, watched beauty pageants on TV and fantasized about being a supermodel. Today she helps the sick and injured as a nurse and epidemiologist. This year, she received an International AIDS Society prize for showing that a faster tuberculosis test could be implemented at health centers in southeast Africa. Her goal is save the lives of HIV-positive patients who contract TB. “Nursing is often looked down upon and people just think you are there to be the maid of the doctor or do the dirty work. But teachers made me realize that nurses have a big role to play,” she says.