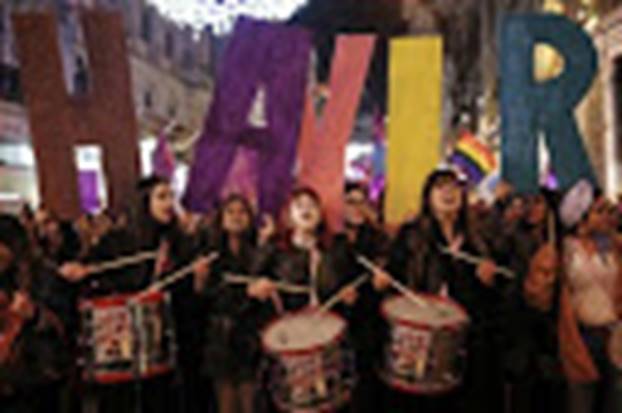 If the law is a reflection of normative attitudes toward women, gender and family, then Turkey’s most recent “marry your rapist” bill accurately captures the situation women face globally. The bill — first debated on Jan. 16 — would provide an amnesty for men convicted of statutory rape, provided that they marry their victim. It is the latest example of how governments around the world are failing to protect women — and even institutionalizing inequities that put them in danger.

The bill, which has already elicited an outcry from human rights groups, is not the first time Turkey has tried to pass such a law. In 2016, a similar bill was proposed and ultimately withdrawn from Turkish parliament following widespread domestic and international protest. Domestic groups have decried this legislation as an attempt to cover up an alarming trend of rising rates of femicide, intimate partner violence and child marriage in recent years.

The Turkish group We Will Stop Femicide tallied 430 registered incidences of femicide in Turkey in 2019 alone, and the United Nations found that 38 percent of Turkish women have experienced physical or sexual violence at the hands of an intimate partner. Estimates suggest that between 15 percent and 32 percent of Turkish girls are married before the age of 18.

Turkey has a history of introducing legislation designed to promote population growth. And over the past two decades, the Turkish state has slashed social welfare benefits, introducing policies designed to lessen state spending on care while promoting the family as a social safety net. The proposed “marry your rapist” legislation would support these aims by converting imprisoned perpetrators from dependents of the state to husbands and providers. Resistance to raising legal marriage ages in places like the United States has arisen from similar anxieties about welfare spending, population growth and out-of-wedlock births.

The legislation in Turkey must be seen as part of a broader global trend in which governments, institutions and communities are failing to ensure equal citizenship and rights for women in the law. This amounts in practice to a systematic failure to protect women from lifelong dependence and, increasingly, from being maimed and killed by male perpetrators.

Femicide has emerged as a sinister buzzword worldwide in the past year, setting off a global debate on violence against women in societies from Mexico to Greece. The United Nations reported in late 2019 that the rate of female murder remained on the rise even while total murder rates are dropping globally. A 2017 report by the U.N. Office on Drugs and Crime showed that 82 percent of female murder victims were killed by an intimate partner, and a World Health Organization report revealed that nearly one-third of women worldwide have experienced physical or sexual violence.

The letter of the law matters. Legal codes have historically acted as a repository for attitudes toward gender and family, reflecting the normative understanding of men’s and women’s roles and their relations in the family. The persistent inequality of women around the globe is intimately linked to legislation that does not guarantee them equal citizenship, rights and protection — as we are seeing in Turkey.

The resurgence of unequal legislation and rise in violence belie the popular notion that the world is steadily moving toward gender equality. At times of economic and political insecurity, as we are experiencing today, women are the ones who suffer the most, both as direct victims of violence and as collateral damage in the rise of black-market economies and slashed social welfare regimes.

Historically, these moments have led to a return to conservative gender mores through a greater emphasis on marriage and the nuclear family and, often, the passage of legislation that circumscribes women’s rights. At such times, women’s right to equal citizenship and safety is overtaken by their function as birthers of children, as unpaid caregivers, as bodies for sale and, increasingly, as victims of male violence. Today, women worldwide remain more likely to experience exploitation, injury and death in their societies, homes and marriages. Laws that legitimize violence against them will only make this more prevalent.

In 1920, ratification of the 19th Amendment finally granted women equal citizenship in the United States by giving them the right to vote. A century later, the situation in Turkey — coupled with the global context of increasing physical and structural violence against women — is a reminder that women’s equality in the law remains under threat worldwide.