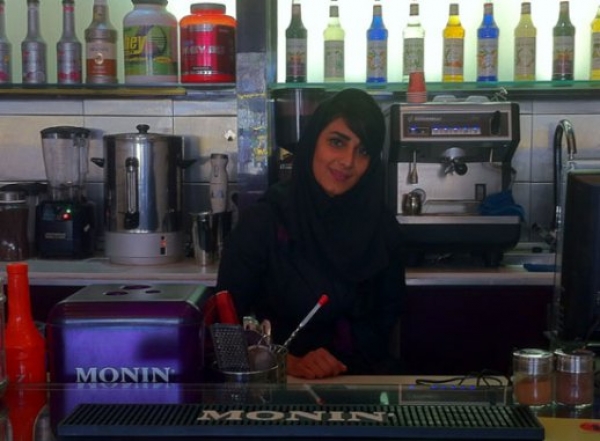 Banning Iranian women from working as waitresses to preserve their modesty will only deepen female unemployment, a vice president of the nation said of the latest effort to make women less visible in the workplace.

“We need to approach this matter with care and expertise,” said Shahindokht Molaverdi, the vice president for women’s affairs, according to the official Islamic Republic News Agency. “To close the road for these women without providing any other options in return will make them prey to social difficulties.”

Police commander Khalil Helali announced last week that Iranian women “by law” aren’t permitted to work in public areas of tea houses, coffee shops and restaurants, the Tehran-based Shargh newspaper reported. They may work in kitchens and other areas, the Etemaad newspaper said.

Attempts to restrict the presence of women in the workplace have come at a time when one in five Iranian women is jobless, according to official data. Last month, Mohsen Kazemeini, Tehran’s Revolutionary Guards commander, called for sweeping gender segregation in offices, saying it is distasteful “for men and women to sit next to each other all day and joke.”

In July, the Tehran municipality fired several women and replaced them with men, saying work hours were long and the move was in their best interest, the Iranian Labor News Agency reported at the time. President Hassan Rouhani, a moderate cleric who took office a year ago, pledged to back women’s increased participation in Iranian society.

When it comes to women’s rights, “though Rouhani’s government has demonstrated its concern, we haven’t seen any substantive moves towards solving problems,” independent rights activist Leila Mouri said in an interview from New York.

Discrimination against female employees or gender segregation are ways “for hardliners to show they are in control of domestic issues by standing against Rouhani’s policies,” Mouri said. As he pushes through negotiations with world powers over Iran’s nuclear program, Rouhani may prefer “to avoid confrontation on issues that to him are less important or sensitive,” she said.

Since the 1979 revolution, which led to the creation of the Islamic Republic of Iran, boys and girls have been separated at school. While adults are segregated in mosques, women and men study together at university and work alongside each other in government offices and private companies. The mushrooming of coffee shops in Tehran and main Iranian cities in recent years has also increased interaction.

While Rouhani has three female vice presidents, his attempts to provide equal work opportunities have been met with resistance from the conservative political establishment. Some officials also argue that jobs in the public arenas and long working hours allow for mingling between opposite sexes and risk promoting “immoral” relations.

Ayatollah Ali Khamenei, Iran’s highest authority, has likened gender equality to a flawed ideology, saying in April that Iranians would benefit from freeing their mind “from the cliches of the West.”