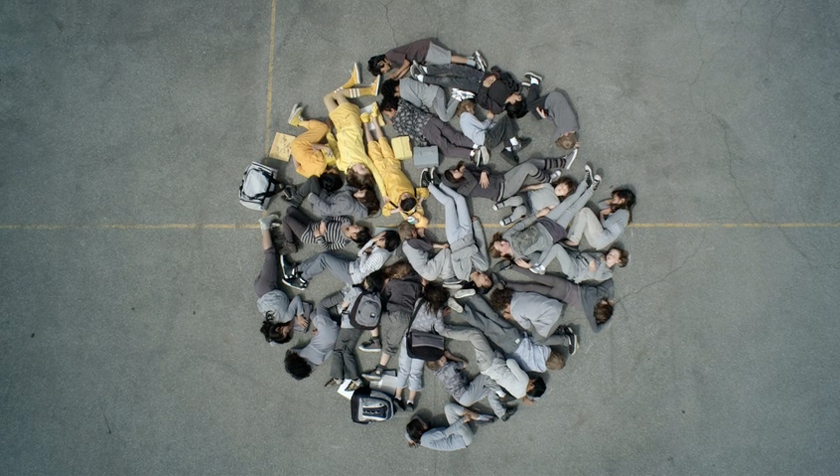 STOCKHOLM — At an ocher-color preschool along a lane in Stockholm’s Old Town, the teachers avoid the pronouns “him” and “her,” instead calling their 115 toddlers simply “friends.” Masculine and feminine references are taboo, often replaced by the pronoun “hen,” an artificial and genderless word that most Swedes avoid but is popular in some gay and feminist circles.

Masculine and feminine references are taboo at the Nicolaigarden school.

In the little library, with its throw pillows where children sit to be read to, there are few classic fairy tales, like “Cinderella” or “Snow White,” with their heavy male and female stereotypes, but there are many stories that deal with single parents, adopted children or same-sex couples.

Girls are not urged to play with toy kitchens, and wooden or Lego blocks are not considered toys for boys. And when boys hurt themselves, teachers are taught to give them every bit as much comforting as they would girls. Everyone gets to play with dolls; most are anatomically correct, and some are also black.

Sweden is perhaps as renowned for an egalitarian mind-set as it is for meatballs or Ikea furnishings. But this taxpayer-financed preschool, known as the Nicolaigarden for a saint whose chapel was once in the 300-year-old building that houses it, is perhaps one of the more compelling examples of the country’s efforts to blur gender lines and, theoretically, cement opportunities for both women and men.

What the children are taught, said Malin Engleson, an art gallery employee, as she fetched her 15-month-old daughter Hanna from the school, “shows that girls can cry, but boys too.”

“That’s why we chose it,” she said. “It’s so important to start at an early age.”

The model has been so successful that two years ago three of its teachers opened an offshoot, which now has almost 40 children. That school, named Egalia to suggest equality, is in a 1960s housing project in the Sodermalm neighborhood.

What has become a passionate undertaking for its teachers actually began with a nudge from Swedish legislators, who in 1998 passed a bill requiring that schools, including day care centers, assure equal opportunities for girls and boys.

Spurred by the law, the teachers at Nicolaigarden took the unusual step of filming one another, capturing their behavior while playing with, eating with or just being with the center’s infants to 6-year-olds.

“We could see lots of differences, for example, in the handling of boys and girls,” said Lotta Rajalin, who directs the center and three others, which she visits by bicycle. “If a boy was crying because he hurt himself, he was consoled, but for a shorter time, while girls were held and soothed much longer,” she said. “With a boy it was, ‘Go on, it’s not so bad!’ ”

The filming, she said, also showed that staff members tended to talk more with girls than with boys, perhaps explaining girls’ later superior language skills. If boys were boisterous, that was accepted, Ms. Rajalin said; a girl trying to climb a tree on an outing in the country was stopped.

The result, after much discussion, was a seven-point program to alter such behavior. “We avoid using words like boy or girl, not because it’s bad, but because they represent stereotypes,” said Ms. Rajalin, 53. “We just use the name — Peter, Sally — or ‘Come on, friends!’ ” Men were added to the all-female staff. With Egalia, Nicolaigarden sought and obtained certification from an organization for gay and bisexual people that its staff is sensitive to their problems.

Criticism was not long in arriving. “There are a lot of letters, mail, blogs,” Ms. Rajalin said. “But it’s not so much arguments; it’s anger, basically.”

A persistent critic has been Tanja Bergkvist, a mathematician at Uppsala University whose blog consistently attacks Sweden’s “gender madness.” In an article for the newspaper Svenska Dagbladet, she questioned whether children were not being “brainwashed by our parents already at the age of 3 months.” On outings, she mocked, “what do they do when a girl is picking flowers, while a boy collects rocks?”

Such criticism, said Carl-Johan Norrman, 36, who has worked at Nicolaigarden for 18 months, “starts from misconceptions: we want to turn little boys into little girls. It’s a whispering game that snowballs.”

Despite such gibes, others see the efforts as somehow peculiarly Nordic, and admirable. “I think it’s quite Swedish, it’s good,” said Camilla Flodin, 29, a native of London who has lived in Stockholm for two and a half years. Her boyfriend’s sister gets annoyed, she said, if you give her daughter a gift that is overly feminine.

Peter Rudberg, 36, an anesthesiologist whose 3-year-old son, Hjalmar, attends the kindergarten, called its gender-neutral approach “a boon,” though, like many Swedes, he believes the country has moved beyond the problem. “In modern Sweden, gender equality is a nonissue,” he said. Yet he cautioned against extremes, like “boys prohibited from playing boys’ games.”

At Stockholm’s immense brick town hall, the moderate-conservative coalition governmentfully supports the gender policy. “The important thing is that children, regardless of their sex, have the same opportunities,” said Lotta Edholm, the deputy mayor responsible for schools. “It’s a question of freedom.”

On the other hand, she said, parents will always play a larger role in children’s development than day care or school. “Preschool is a couple of hours a day,” said Ms. Edholm, who has a 16-year-old son. “Most of the time, children are with their parents, and the values parents impart to their children tend to be the values they adopt.”

As the Christmas season approaches, Swedes are preparing for the Feast of Lucia, on Dec. 13, when children march in processions accompanying St. Lucia, traditionally portrayed by a teenage girl in white robes and crowned with a wreath of lighted candles.

Could a boy now portray Lucia?

In fact, Ms. Edholm said, in recent years in a town outside Stockholm a teenage boy did seek the role, but was refused. Evidently, she said, women in modern Sweden can more readily slip into male roles than vice versa.