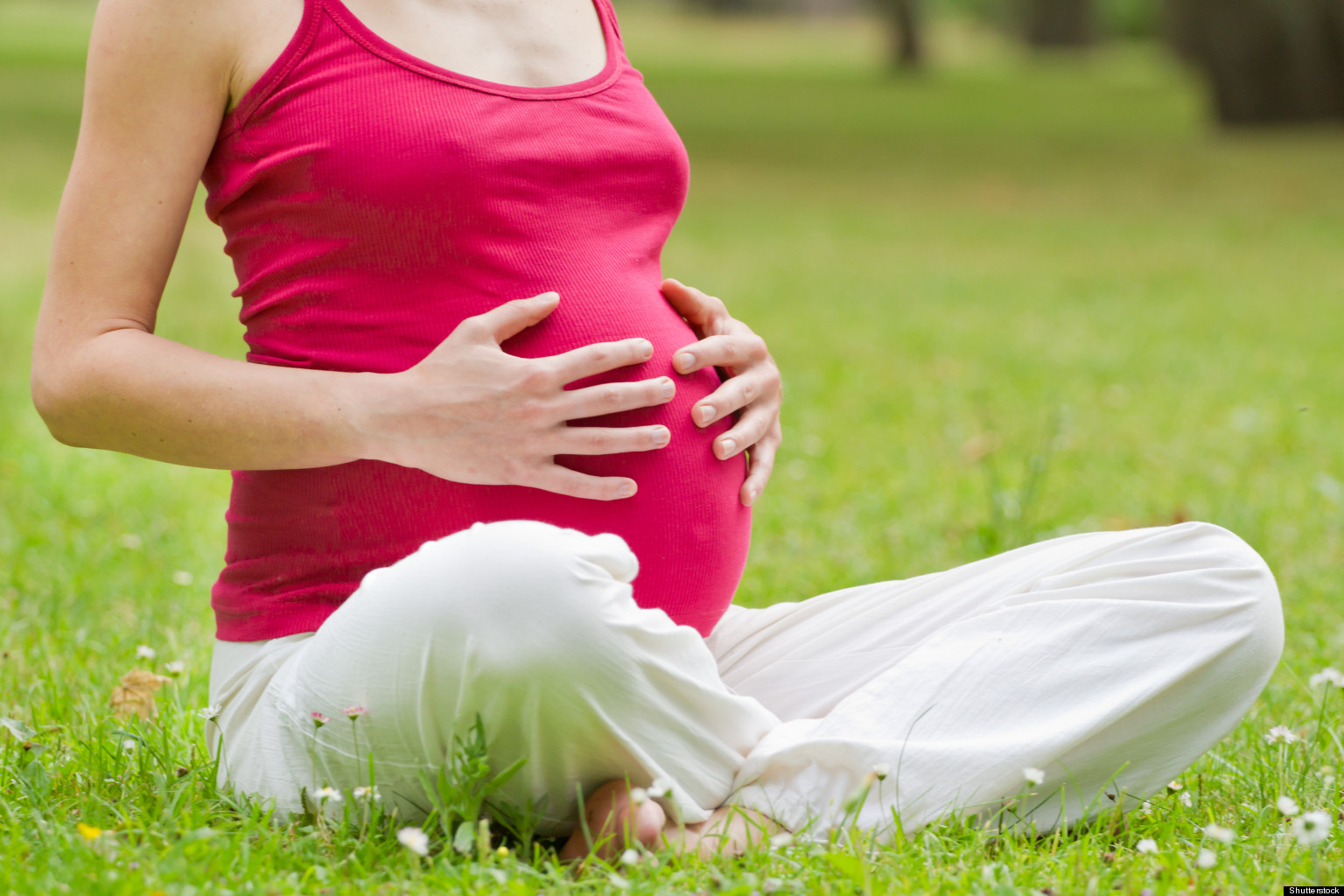 What does autonomy mean for the women?

If we concentrate on the topic of autonomy for deciding about our bodies and our reproduction, we can say that under the crisis and the sharp changes in our lives, we are faced with contradictory phenomena. Sharp changes mean that we have to face very difficult conditions and abrupt changes in a very short time. These same conditions were with us two or three decades ago, and life could proceed, and the struggles for women’s rights could proceed and the hope for advancement was a factor in our lives. Now, we are turning back in every field.

The ideological intervention on reproduction and its meaning, was coming mainly in Greece not from the Christian side, but from the nationalist side. Here we speak for the last 30 years. In 1993 we had the official Findigs of the Greek Parliament on the demographic question, signed at the time by all parties (Synaspismos was not in Parliament in this period, so the signing parties were Nea Democratia, PASOK and the Communist Party). Perhaps it was the first time all parties had agreed. This official document said that the reproduction rate is below replenishment of the population, and this means the population of the country will decrease, and we are always faced with “national danger” coming from Turkey which will have so many soldiers in 20 years time, as against Greece which will have even smaller population and therefore soldiers than today. Therefore, we must take measures to increase the fertility by woman, since bringing children in the world means assisting the country. Fortunately, they did not take any reactionary mesures, certainly they did not touch the 1986 law on legal and free abortion, and this whole campaign remained in the air.

On the other side, the feminist movement mobilized at the time on this Findings of the Greek Parliament, uncovering its nationalistic and misogynist character, and bringing very clearly again on the public sphere the slogan “we, women, will make children according to our wish”, we make children for love and not for any national or other purpose, and we don’t allow anyone to instrumentalise our bodies.

The law for free and legal abortion was voted in 1986 by PASOK, and it was a long standing demand of the feminist movement, but also an echo of the European feminist movement. At the time, there was a lot of opposition from the really fundamentalist Christian right, more even from the fundamentalist para-religious organisations, but not real opposition from the women at large, because, unfortunately for the women, abortion was very widely practiced illegally in the private clinics, long before the legalization, and with lucrative results for the gynaecologists. The state turned a blind eye to the breach of the law, as the demand was high and any strict policy would entail more secrecy and less security. I say unfortunately, because we demand the training of the population, above all the women, on contraceptive methods and precautions, because abortion must really be the last solution, if an unwanted pregnancy occurs. The women are believers, generally, many of them were saying “abortion is a sin, and I feel a sinner, but I have to do it”.

Of course, later we had a backlash from fundamentalist forces, Christian fundamentalist, para-religious sectarian organisations and nationalistic forces or deep state we can say, in different ways. One of them was the telephone card of the Public Telephone provider OTE, the only one at the time, in 1999, where they put the picture of an embryo in the belly of the pregnant woman, with a caption “abortion is crime”on the telephone card for public use (before the onset of the mobile) which meant that every adult person in the country would use this card and would see this picture. The sponsor of this picture was the Society for the protection of the unborn child. A very big outcry from the feminist movement, with public presentations, speeches, demonstrations etc. forced the telephone company to withdraw the card, which was certainly against the law.

We must add that the previous archbishop Christodoulos, who died in 2005, and was in this position for about 5 years, was repeating that abortion is murder, but the present one, who is the best that ever happened for Greece, does not speak often on such matters, whenever is asked on nationalist matters or on abortion, he often says the church means love, the rest are for the politicians.

Coming back to the reproduction, we can see that the fertility in the European Union and in Europe more generally or even in other parts of the industrial world is falling, one of the reasons being, if we take it from the post war years, that gender equality, even as idea and expectation, leads the women and the couples to bring less children and make a smaller family. Not only for reasons of work, but also for the demand of the women for their free time from work and from family. This is combined with the progress of medicine, which has led to the sharp fall of infant mortality. See the the table of Eurostatt: 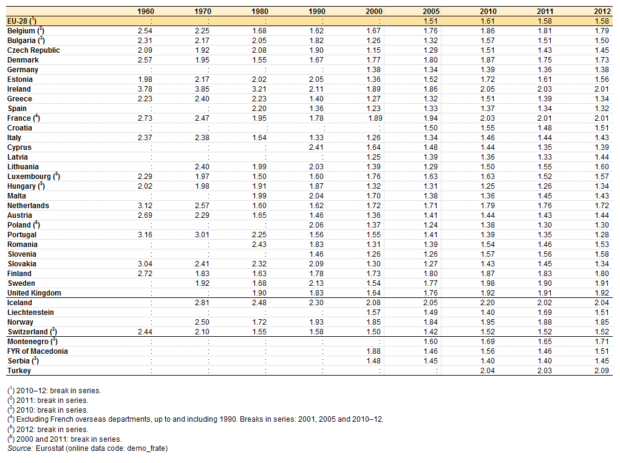 In this table we see the fall of the fertility rate in the European Union of 28 (but also for the years before it), as the time proceeds, from 1960 until 2012, but the sharper fall is in the period of the crisis. It is obvious from the statistical data, that the question of legality of abortion is not a decisive factor, as we always knew, because when abortion is illegal, you simply face more dangers, but

women do proceed to abortion nevertheless. It is also obvious, that the question of maternal or parental rights or of benefits plays its role, as also the infrastructure for child care.

Role is also played by ideological factors, and the ways the national entities or smaller communities within them act or dont act in relation to reproduction, as also in relation to everything else. Here I can bring the fact that for example in Greece, the migrant women in general bring more children, 2,1 is written in some researches at 2010, which means that they rise the general percentage of the country. The research presented here is by country, and includes the migrant births, as it is made according to place of living and not according to national group or anything like this.

Total fertility rate, according to the above data:

My point at conclusion is that in the period of the crisis, and when we are faced with a sharp deterioration of conditions as has happened for the countries of the South of Europe for the last 4 years, the autonomy of the women to decide if, when, and how many children they will have, is undermined or sabotaged by the facts of the crisis. The women today avoid making children, or avoid making as many as they wish, because of the difficulties and the bleak future.