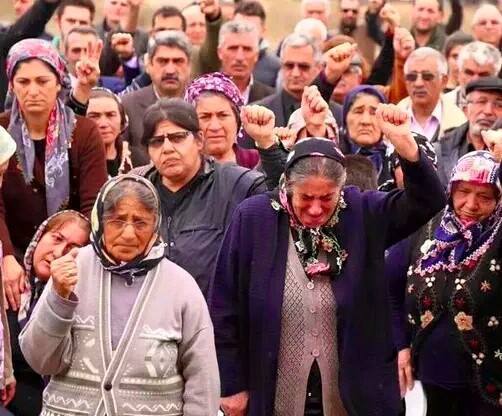 The Women of the World March of Women, meeting today in Vigo to celebrate our 4th International Action, and others all over the world, reject the aggression and the attacks against the March for Peace organized by the social movements, feminists and Unions (especially from the health Sector) in Ankara Turkey.

We strongly reject the prosecution of the social movements, the ethnic minorities, the Kurdish people and the feminist movement from the Turkish State.

The feminist caravan, as a part of the 4th International Action in Europe, initiated its way in Kurdistan where we witnessed the political situation and the State Strategies to unbalance the region in order to eliminate the alternatives to Erdogan’s and Turkish government’s fascist and neoliberal policies.

The World March of Women stands in solidarity with women’s and the Kurdish people struggle for peace and the building of a just society. The attacked against the Peace March is just an example of the massacres promoted in defense of neoliberalism in Turkey and the rest of the world.

We, women from the World March of Women, condemn this aggression that left more than a hundred killed, as well as all the rest that take place in the world. And we ensure that we will keep building our alternatives of peace, justice and equality for all of us.

We will be on the march, until all women are free.