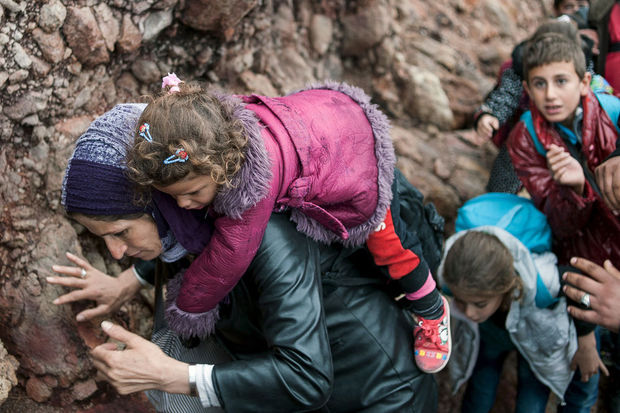 GENEVA, Oct 23 (UNHCR) – The UN refugee agency said today it was concerned by “credible testimonies” it has received of sexual violence and abuse against refugee and migrant women and children on the move in Europe and called on authorities to take steps to ensure their protection.

So far this year, more than 644,000 refugees and migrants have arrived in Europe by sea. Of these, just over a third – 34 per cent – are women and children who are particularly vulnerable to abuse as they transit Europe, UNHCR said.

“Refugee and migrant children moving in Europe are at heightened risk of violence and abuse, including sexual violence, especially in overcrowded reception sites, or in many locations where refugees and migrants gather, such as parks, train stations, bus stations and roadsides,” UNHCR spokesperson Melissa Fleming told a news conference in Geneva.

Fleming noted that unaccompanied children can be particularly vulnerable as they lack the protection and care of an adult. They may also be placed in detention in some countries, including with adults, posing great risks to them, she said.

Refugee and migrant women travelling on their own are also at heightened risk as they move through Europe, sometimes at night, along insecure routes or staying in places that lack basic security. Many reception centres are overcrowded, and lack adequate lighting and separated spaces for single women and families with children.

UNHCR is appealing to all concerned national authorities in Europe to take measures to ensure the protection of women and girls, including through providing adequate and safe reception facilities.

The refugee agency is also calling to all authorities, as a matter of urgency, to find alternatives to the detention of children. UNHCR and partners are working to prevent and address immediately family separations, as women and girls on their own face enhanced risks.

Together with partners, UNHCR are working with authorities to ensure access to information, to enhance the identification of persons with specific needs, including unaccompanied children, and their referral to appropriate services, to provide psychosocial support and to enhance reception areas, including through the provision of safe spaces.