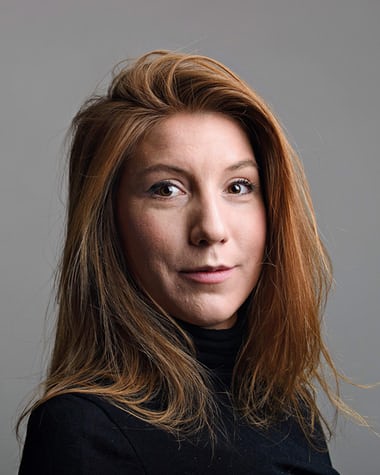 Danish police investigating the murder of the Swedish journalist Kim Wall have found body parts, including her severed head.

The freelance journalist was last seen alive on 10 August when she went to interview the inventor Peter Madsen, who has been charged with her murder. Wall’s dismembered torso washed ashore 12 days after she boarded Madsen’s homemade submarine for the interview.

The police investigator Jens Møller Jensen said divers had found Wall’s head and legs, as well as her clothes and a knife, in plastic bags with “heavy metal pieces” to make them sink.
“Yesterday morning we found a bag within which we found Kim Wall’s clothes, underwear, stockings and shoes. In the same bag laid a knife, and there were some car pipes to weigh the bag down,” he said on Saturday.

A postmortem examination confirmed that the head was Wall’s and that it showed “no sign of fracture” or “any sign of other blunt violence to the skull”, he said.

The body parts were found on Friday near where her naked torso was found on 22 August, near the coast of Copenhagen. Wall’s arms are still missing. The cause of death has yet to be established.

Madsen, 46, maintains that Wall died after being accidentally hit on the head by a heavy hatch in the submarine, but a Copenhagen court heard there were 15 stab wounds on her body.

A fund set up in memory of the award-winning journalist has raised more than $90,000 (£69,000) of its $100,000 target since being launched by her friends and family. It would be used to provide grants to female reporters to pursue subculture stories, according to the Remembering Kim Wall website. 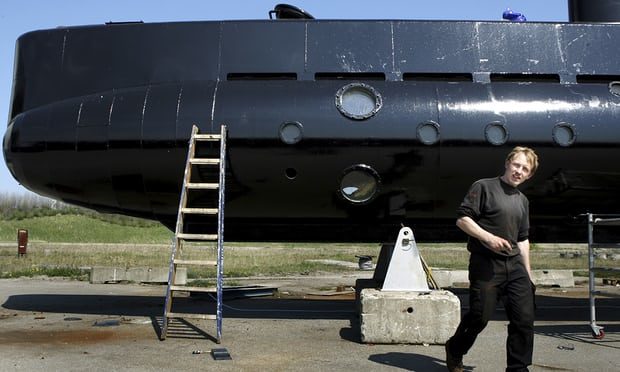 Wall, who had written for the Guardian and the New York Times, was reported missing by her boyfriend in the early hours of 11 August when she failed to return from her interview.

When the submarine was found, Madsen was rescued just before the vessel sank, and later arrested.

He initially claimed he had dropped her off safely in Copenhagen but later said there had been a “terrible accident” and he had buried her at sea, insisting her body was intact at the time.

A court has heard that footage of women being strangled and decapitated was found on a hard drive believed to belong to the inventor.

His lawyer, Betina Hald Engmark, told Reuters she had been informed that further body parts and clothes had been found, but declined to comment further.

Madsen will appear in court again on 31 October.