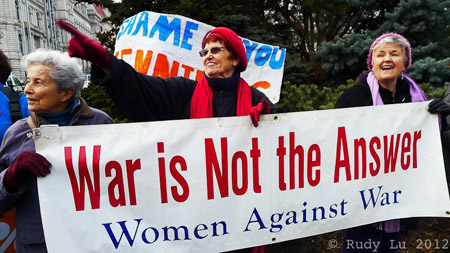 Description:
In this webinar we will discuss the question of gender based violence in the military itself and also in conflict region and during war. Examples could be the Boko Haram in Africa, the IS in West Asia, COMFORT WOMEN in Asia, the rapes and sex industry in Bosnia, but also the feminicide in Latin America. We should not only analyse the problems, but also discuss the possibilities for reconciliation on the one hand and prevention on the other.