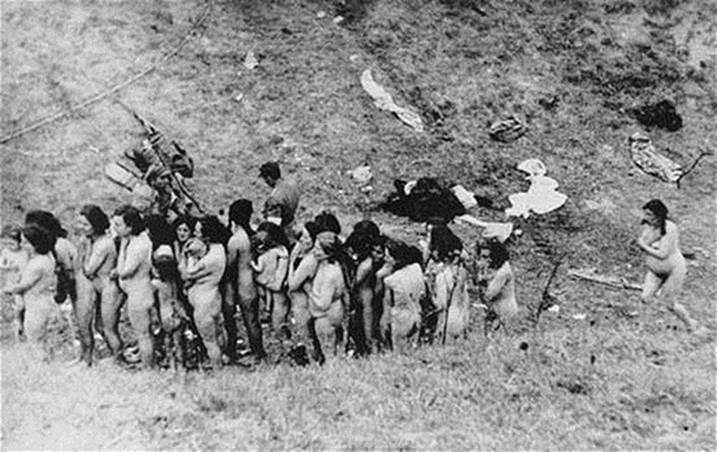 “Auschwitz-Birkenau, the largest Nazi extermination centre, was liberated on this day 76 years ago. On this day of remembrance and sorrow, we are reminded of the horror to which hatred and lies can lead.

Millions of women, children and men – one-third of the Jewish people, and countless members of other minorities and persecuted groups – were murdered.
We weep for these appalling deaths. We honour the memory of the victims.
We recall the passive indifference of so many to these crimes – and the active involvement of many others.

We renew our determination to combat the forces of hatred and discrimination – everywhere.

The past year has seen frightening increases in the number of hate crimes, in many societies. Amid the upheaval of the COVID-19 pandemic, there has also been a sharp rise in online anti-Semitic activity. The World Jewish Congress has reported a 30 percent increase in anti-Jewish slurs on major social media sites since November 2019.

With renewed vigour, conspiracy theorists increasingly link extreme political ideologies and anti-Semitic delusions – weaving elaborate lies and falsehoods that lay responsibility for every kind of government failing on individual Jews or the Jewish community as a whole.

Whipped up by irresponsible opinion-leaders – and amplified and legitimised by the uniquely powerful engines of digital media – these hate-filled fabrications are deeply damaging in themselves and can pose a real threat of violence.
Just as they did in the 1930s, lies, hatred, scapegoating and dehumanisation are also breaking our social fibre. Words have consequences.

Governments and digital platforms should urgently re-evaluate their responsibility in enabling or participating in such trends.

We need to push back against lies. We need to ensure that public discourse is based on facts, which objectively reflect truth – including the fundamental truth of our equal rights and dignity as human beings. We need to invest in human rights education in order to counter discrimination and groundless, toxic conspiracy theories.

Learning the lessons of the 20th century means grasping that we need to stand up and defend human rights – so that humanity can survive.”

Cover photo: Jewish women from the Mizocz Ghetto in the Ukraine, which held roughly 1,700 Jews. Some are holding infants as they are forced to wait in a line before their execution by Germans and Ukrainian collaborators.
[Photo credits: Main Commission for the Investigation of Nazi War Crimes]