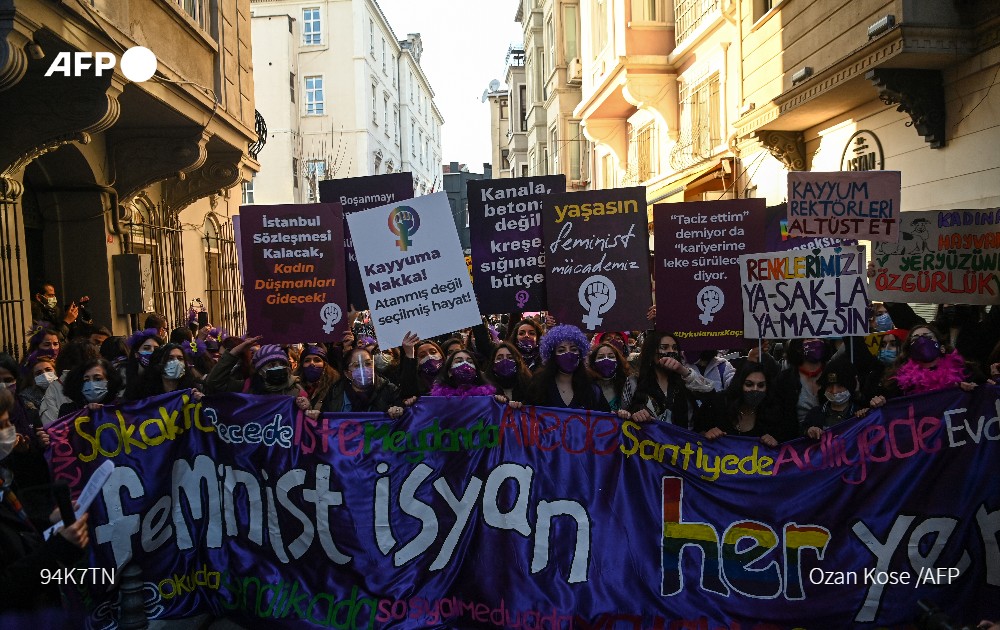 The Presidential Decision on the Istanbul Convention is Null and Void. The Convention Remains in Force!

The country’s withdrawal from an international convention, which was unanimously accepted by Parliament, cannot be decided by one person.
Through a Presidential Decision published in the Official Gazette at midnight on March 20, 2021, it was announced that the Istanbul Convention “was terminated for the Republic of Turkey.”

Withdrawal from the Istanbul Convention, which had been unanimously accepted by Parliament, representing the will of the people, cannot be accomplished by a Presidential Decision. The parliament’s will and power cannot be transferred to an individual. The international conventions on fundamental freedoms and rights that are ratified by Parliament, and recognized as above national laws by Article 90 of the Constitution of Turkey, cannot be subjected to withdrawal by decrees issued by one person.

Any such act would mean leaving the recognition of international conventions, such as the European Convention on Human Rights and the United Nations Convention against Torture, as well as all fundamental human rights protected by such instruments, to the arbitrary will of an individual. Even more seriously, it would mean the obliteration of the rule of law and the annihilation of Parliament and democracy.

Turkey was the first country to sign the Istanbul Convention. The governing party, which was also in power ten years ago and boasted about being the first signatory to the Convention, now announces to the world that it withdraws its commitment to prevent violence against women, protect those subjected to violence, and prosecute the perpetrators. It declares its disregard for women’s human rights (including their right to equal citizenship), its lack of commitment to combating violence against women, and its deprecation of human dignity for women.

We will never give up fighting for the Istanbul Convention that is now made a bargaining chip for elections!

The government’s decision to withdraw from the Istanbul Convention, which is critical in fighting against gender-based violence and murders of women that have reached the level of femicide, lacks public support. According to the Metropoll Strategic and Social Research Center’s survey, “Turkey’s Pulse,” conducted in July 2020, 64% of respondents disapprove of withdrawing from the Istanbul Convention, 19% express no opinion, and only 17% express clear support. A month later, the latter figure declined to 7%, largely due to the campaigns led by the women’s movement (August 2020, Konda).

Reduced to the position of desperately needing every vote it can get, the governing party, AKP, has begun catering to the demands of some marginal groups.  Recently, it used the Istanbul Convention as a political bargaining chip during its negotiations with the [religious conservative] Saadet Party. In introducing the country’s latest Action Plan on Human Rights, the government claimed its commitment to combating violence against women, but failed to mention the Istanbul Convention even once. In fact, it has been failing to fulfill its obligations under the Convention. Instead of combating violence against women, AKP fights against women, children, LGBTI+ individuals, and their rights. It persistently pursues policies geared toward eliminating our hard-won rights.

This Presidential Decision is unlawful and political!

Withdrawals from multilateral international conventions must follow the national legal procedures and processes that were followed in signing and ratifying those conventions. In addition to fulfilling the requirements of the national law, procedures required by the international law must be followed. Article 80 of the Istanbul Convention stipulates the withdrawal procedures. Since the Istanbul Convention had been adopted by unanimous vote of Parliament, the withdrawal decision cannot be carried out by a decision of the President. Thus, the current Presidential Decision is null and void, Turkey remains a party to the Istanbul Convention, and it is obliged to fulfill its obligations set forth in the Convention.

This Presidential Decision intends to help the government improve its bargaining power in election negotiations by eroding women’s hard-won rights.

However, this Presidential Decision also denotes Turkey’s departure from universal human rights standards, rejection of democracy, and abandonment of fundamental human rights principles, such as equality and anti-discrimination. This is an addition to major moves by the government, made over the years, toward discarding the Constitution by suspending its parts one at a time. This is an act against the fundamental rights and freedoms of the entire society, as it paves the way for a new procedural path that would remove all members of society from the protection of international human rights systems.

We call on Parliament to assume its responsibilities!

An important mandate of Parliament is to prevent violence against women and murders of women, which have reached the level of femicide. If the governing parties fail to fulfill their parliamentary mandate, the responsibilities should be assumed by the opposition parties. Given the current government’s efforts to undermine and circumvent Parliament, we call on the opposition parties to revive Parliament and protect the will of the public represented in Parliament.
The Istanbul Convention was ratified in Parliament by unanimous vote. It takes social consensus and a parliamentary resolution to withdraw from the Convention.

Thus, we call on all opposition parties to

◦ hold a joint press conference to demonstrate their commitment to the Convention as parliamentary leaders and to announce that the executive’s attempts to withdraw Turkey from the Convention are null and void, without legal grounding, and that Turkey is still a party to the Convention.
◦ establish a joint inter-party working group to inform their members, constituencies, and the whole society about the content of the Convention, to ensure its effective implementation, and to develop a plan of action to fight and stop violence against women.

Requiring political parties to take action toward ending violence against women and femicide is not only an obligation imposed by the Istanbul Convention. It is also a Constitutional obligation, especially expressed in articles 10, 17, and 41.

We, the Women’s Platform for Equality, Turkey (EŞİK) constituting a joint platform of over 340 women’s and LGBTI+ organizations, call on all political parties to take action against gender-based violence and discrimination, and we reiterate our willingness to provide any and all support that is needed on this issue.

We call on everyone, who wishes to exercise their fundamental rights and liberties and live in a democratic state based on the rule of law as free and equal individuals free from violence, to uphold the Istanbul Convention!

We call on Parliament to do its part! We call on everyone to do their part!

We Will not Relinquish Our Right to Live in Equality and Free from Violence #AklınızdanBileGeçirmeyin! (#DontEvenThinkAboutIt!)

We Will Never Give Up the Istanbul Convention #İstanbulSözleşmesiYürürlükte (#IstanbulConventionStillInEffect)
March 21, 2021

The cover photo is from spontneous demonstrations, the very day the withdrawal was announced by the President