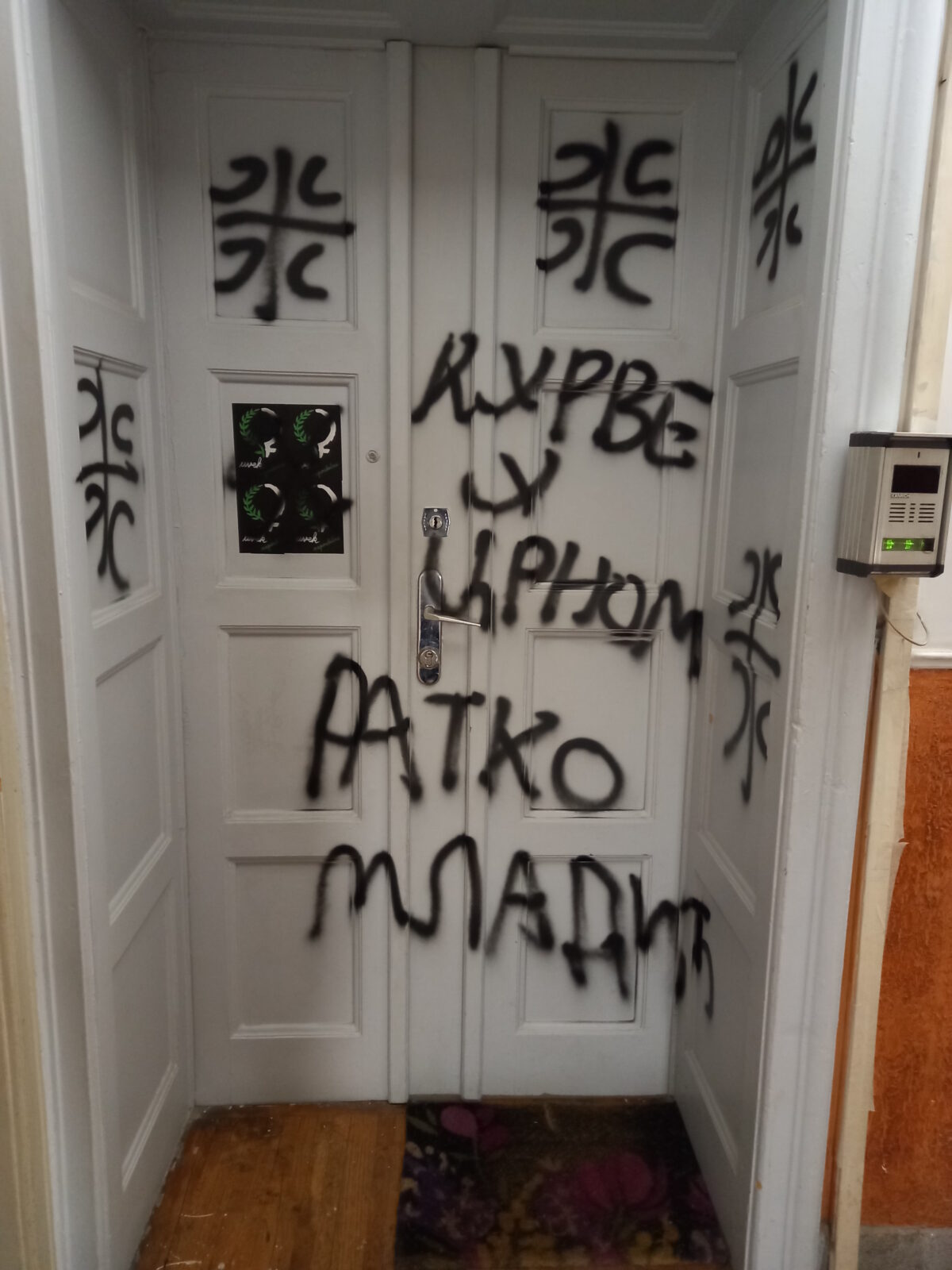 During the night between Friday, Oct. 22, and Saturday, Oct. 23, 2021, unidentified perpetrators spray-painted in black the following, on the front door of the Women in Black premises, located at 18, Jug Bogdanova Street:

Those attacks, most often backed by the so-called non-state actors, who have always been and continue to be under the control of parts of the disbanded secret services, which remained as a legacy of Milosevic’s criminal regime, have always taken place with the tacit consent of the ruling political establishment.

The current political regime in Serbia, led by Aleksandar Vučić, uses fascist groups and individuals as a scourge in their hands in order to settle accounts with all free-thinking groups and individuals, and above all with those who with their opinions and actions demand a radical break-away from crimes committed in the past, in which the above-mentioned individual was not only a silent observer, but also a very active participant.

We ask the competent institutions of the state of Serbia to put an end to the climate of unsanctioned and condoned violence, by finding those responsible for this attack and punishing them adequately.