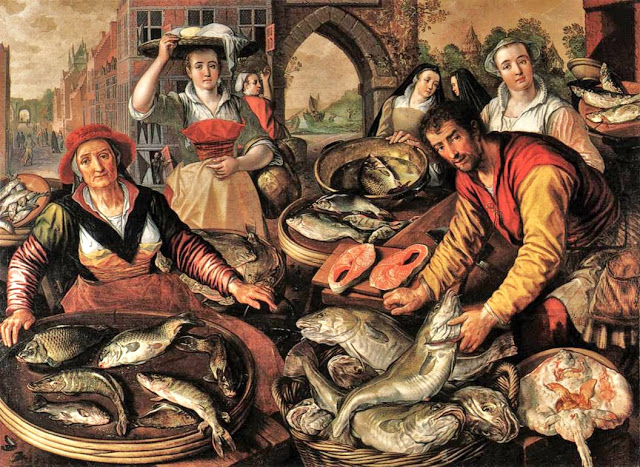 It’s generally assumed that the history of women in the workplace begins somewhere around the 1950s, with blips around the world wars.
Before that, we’re encouraged to think of women as largely domestic creatures, with little to do beyond “feminine” chores.
In this we have been misled — and deliberately so.
Women have worked since work began, but the historical spotlight has been directed away from this truth. An entire world has been hidden in plain sight — and it extends back millennia.
Even the best-known cave paintings tend to feature blokes with spears advancing on disconcerted bison.
In fact there are hundreds of representations of women — dancing, tending children, and also hunting.
Those colourful handprints usually belong to women and children too, making them the first artists.
In ancient Egypt, women made the beer. There is a gorgeous statuette of a woman pounding hops (pictured) to prove it, with biceps Michelle Obama wouldn’t sniff at, indicating it was made from life, probably by another brewess. 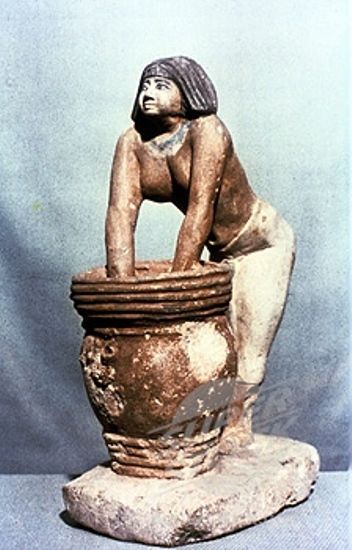 Guild records show women in the Middle Ages in every job imaginable — day labourers on building sites, plasterers, armourers, bell-makers.
Things began to go awry when the economy hit the buffers. Men began to push back against women’s occupational advances, but could not halt it.
In the 18th century, an etiquette book warned young women that “only a fool” would take a wife who couldn’t earn her living.
Nor were women workers a passive force — in Leicester in 1788, a thousand-strong hand-spinners’ union was noted for its militancy. Elsewhere, women strikers dunked strike-breakers under water pumps.
As I would discover in my own research, the modern trade union movement began with striking matchwomen in Bow in the summer of 1888 — but despite a weight of evidence, I had to challenge the traditional narrative of the strike as unimportant.
What had changed by 1888 to make a victory by working-class women so implausible? 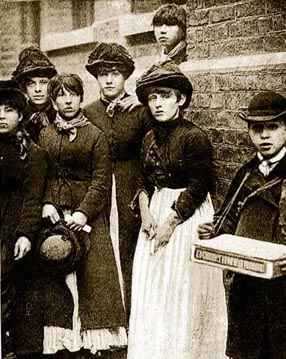 It’s no coincidence that Victorians found female militancy “more menacing to the established order … even than the education of the lower orders” — working-class women had become the enemy of polite society.
Industrialisation was partly to blame — city streets now thronged with “factory girls,” and wages, however meagre, were paid into their own hands, not their fathers’ or husbands’.
We can see the anxiety this caused in accounts by middle-class observers of the matchwomen, who labelled them a “rough set of girls” who “cheeked passers-by,” noting that decent folk took care to be indoors when shifts changed at the match factory, lest they be subjected to distressing language.
At this time Friedrich Engels fretted about the neglected children of working women, glossing the reality of a brutal factory system demanding 16-hour working days and non-existent childcare.

This was the key change — women began to be blamed for working, and working women to be blamed for almost every social ill.
Drunkenness among male workers, child mortality, poverty, the very degeneration of the British race — all were laid at the door of working-class women.
Britain couldn’t have industrialised without female labour, but even the new factory owners who profited from their labour began to insist, with spectacular hypocrisy, that “decent” women shouldn’t work, and to make their own wives and daughters “ladies of leisure.”
Male workers and trade unionists joined the bandwagon of “domestic ideology.”
The records of one union show members struggling to deal with the cognitive dissonance of their situation — they knew the fault lay with the “wickedness of the employer” paying women lower wages, and that their own women had to work when at home “bread (was) wanted that day, that hour.”
But they fell in with the popular demand for a “breadwinner wage” and urged their bosses to stop hiring women.
This had not always been the case — women and men had fought together in movements from Corn Law reform to Chartism. But now, economic expediencies created a battle of the sexes.
This was not confined to the working class. The curse of the “angel in the house” fell upon middle-class women too.
If they were spinsters they were considered “redundant,” and there were serious proposals that they be shipped to the colonies.
If they were married, they must resign themselves to perpetual domestic immurement, raising children, managing their households and doing “good works,” but always prioritising the man of the house, whose home must provide a peaceful haven at the end of a trying day in the sordid world of commerce.
Middle-class women didn’t greatly care for this genteel imprisonment. Florence Nightingale expressed the frustration of millions when she asked: “Why have women passion, intellect, moral activity … and a place in society where no one of the three can be exercised?” 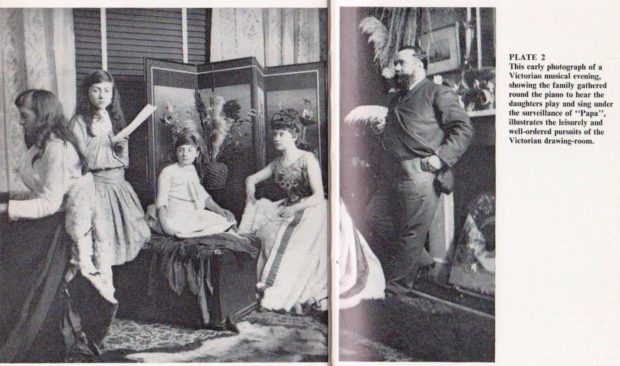 Domestic ideology and the myth of the “lady” were effective means of social control, and extremely pervasive.
Women’s lost working history meant they were condemned for “taking male jobs” well into the 1990s.
Male trade unionists didn’t believe women could be “good” members or solid strikers, though the facts prove quite the opposite — this contributed to the loss of half of the movement’s membership when Thatcherism and structural economic changes put paid to the male manufacturing worker. In 1990 the TUC was forced to launch a project to recruit women.
Today 55 per cent of union members in the UK are female, but we are still faced with a capitalism that attempts to dominate, control and sexualise women at every turn.
We must both know and claim our history in order to fight pernicious attempts to define us, and become truly and freely ourselves.