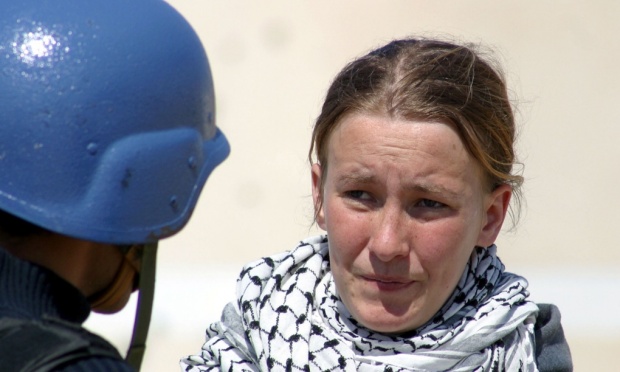 Israel’s supreme court has rejected the appeal by the family of Rachel Corrie – the US activist who was crushed to death by a military bulldozer in Gaza 12 years ago – which had sought to hold Israel liable for her death.

The ruling, which followed a high-profile hearing before Israel’s top court last year, appears to bring to an end – in the Israeli courts at least – years of effort by Corrie’s family to hold the country’s military responsible for her death.

Instead, the court upheld the decision of a lower court, which invoked the “combat activities exception” that the Israeli military cannot be held responsible for damages in a war zone.

“Our family is disappointed but not surprised,” the Corrie family said in a statement released on Thursday. “Nevertheless, it is clear that this decision, affirming the August 2012 lower court finding, amounts to judicial sanction of immunity for Israeli military forces when they commit injustices and human rights violations.

“Despite the verdict, our family remains convinced we were correct in bringing this case forward,” the family said. “The day after Rachel was killed, Prime Minister Sharon promised President Bush a thorough, credible and transparent investigation. Clearly, that standard was not met.”

In 2003, 23-year old Corrie, from Olympia in Washington state, was a volunteer with the International Solidarity Movement protesting against the Israeli military’s house destructions in Rafah, in the southern Gaza strip, when she was run over and killed.

Her death became an international cause célèbre.

Corrie’s family had been pursuing a lawsuit against Israel’s defence ministry, charging that Israel’s military had either killed her deliberately, or that they were guilty of negligence in not demonstrating more care when she attempted to block the bulldozer.

The family had been appealing against the decision of a lower court in Haifa in 2012 that absolved the Israeli military of responsibility for her death, describing it as a “regrettable accident.”

The Corrie family first began proceedings in 2005 – two years after their daughter’s death – arguing in court that the military should have suspended the bulldozing operations until the protesters had been removed from the area.

The appeal last year attracted considerable attention, although it was clear from the exchanges between the judges and the Corrie family lawyer that it would be an uphill struggle to persuade the court. Rachel’s mother Cindy had criticised the 2012 court ruling in Haifa as “a symptom of a broken system of accountability within Israel and our own US government” that had failed to deliver accountability for her daughter’s death.

The Israeli military had long argued that the area in which Rachel Corrie was killed was a “closed military zone” where there had been recent violence – a claim challenged by family’s lawyer Hussein Abu Hussein.

The judge in the Haifa case also accepted the claim by the Israeli military that troops in the area had recently been attacked with a grenade – an assertion also challenged by the family.

Rachel’s parents, Craig and Cindy, had dedicated themselves almost full-time to their quest to learn the truth about their daughter’s death, an event tangled in the contradictory claims by by Israeli soldiers, which often seemed at odds with official military logs.

The 2012 hearing accepted the claim by the unidentified bulldozer driver that he did not see Corrie standing in front of his when he ran her over despite the fact she was wearing a fluorescent jacket.

Instead, judge Oded Gershon held her responsible for her own death. “She did not move away as any reasonable person would have done,” Gershon ruled. “But she chose to endanger herself … and thus found her death.”

In a separate ruling, however, the supreme court reversed a second lower court decision relating to claims that Corrie’s body was mishandled after her autopsy. That had led to claims that some of her remains were misplaced. That case will now go back to court.

Corrie’s story inspired the 2005 play My Name is Rachel Corrie, written by Guardian US editor Katharine Viner, which was based on Corrie’s writings. The play has been staged across the world, and will be performed this spring in New York for the first time.