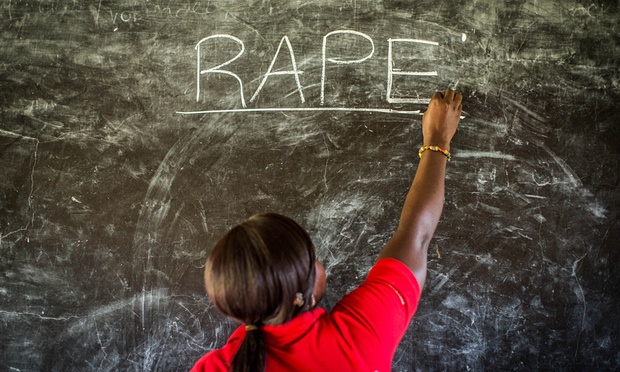 Governments are failing to meet their international obligations to protect women from violence by starving women’s groups of funding and closing the space in which they can operate, according to a report by ActionAid.

Laws and national action plans introduced to end violence against women and girls are routinely ignored, while efforts by local civil society groups to push for change are being thwarted by threats and intimidation, the NGO said on Tuesday.

A survey of 47 women’s rights activists from more than 20 countries, conducted by ActionAid and Women Human Rights Defenders International Coalition, found that more than 60% of women said they felt less safe in their work than they did two years ago. Of this group, 19% said they felt significantly less safe. Activists working on abortion, lesbian, gay, bisexual and transgender rights reported feeling particularly under threat.

ActionAid said rather than protecting women’s rights, and meeting the UN resolution adopted in 2013 to protect activists, “many governments are directly perpetrating violence against women, while failing to address cultures of impunity. And rather than supporting women in their struggle, many states are closing down the civil society space which all civil society, including women’s organisations, need in order to be effective.”

“More and more women are facing the fear of violence and its consequences for them and their families,” said Lucia Fry, head of policy at ActionAid. “The work of fearless women standing up against violence is being eroded by increasing intolerance of dissent and the rising influence of fundamentalist agendas that are anti-women’s rights.

“As our survey shows, women activists from countries as diverse as Afghanistan, Nigeria, South Africa, Brazil and the US have all seen threats of violence increase, making them insecure and hampering their efforts to improve women’s lives and end violence in society.”

The survey marked the launch of ActionAid’s Fearless campaign, which is calling on the UK to take a lead in working with the international community to fulfil its obligations to end violence against women and girls with practical action and adequate funding. Rights activists are hoping this year will be a catalyst for long-term change for women with the adoption in September of thesustainable development goals. A target to eliminate all forms of violence is expected to be included in the goals, which come into force for all countries next year.

Speaking at the Fearless launch, the international development secretary, Justine Greening, said the proposed SDGs were “immensely powerful” and had the substance on achieving gender equality that was lacking in the millennium development goals. She added that the issues raised in the campaign were “so important”.

“This is a battle that if we’re not winning it, we’re losing it. There are many people in many parts of the world who think women have too many rights, that it’s gone too far and should go back to where it used to be,” she said. “I have a voice and have a responsibility to use it to speak for those who don’t… to make sure we are winning that battle.”

Figures published by the World Health Organisation in 2013 estimated that almost 30% of women experience physical or sexual violence at the hands of an intimate partner, despite more countries passing anti-violence laws. According to the World Bank, 76 out of 100 countries surveyed have laws to tackle domestic violence, compared with 13 in 1995.

An ActionAid report published with the survey outlined numerous cases of women being attacked in the course of their activism. These include Atena Farghadani, 28, an artist who was placed in solitary confinement in Iran for posting a cartoon on Facebook criticising a government bill to limit family planning services, and Gladys Lanza, who was convicted of defamation in Honduras when she spoke in defence of a woman who had accused a government official of sexual harassment.

Samira Hamidi, former director of the Afghan Women’s Network, said she had been repeatedly threatened by opposition groups in the course of her work. “There are no prevention and protection mechanisms by my government where any women – but particularly women human rights defenders – can be supported.”

ActionAid is calling on governments to adequately fund local women’s rights groups, which it said are critical to ending gender-based violence.

A survey conducted in 70 countries over four decades found that the mobilisation of women’s rights organisations was the most important factor in turning commitments to end violence into meaningful action – having more impact than the number of women in parliament, or the wealth of a country.

But, between 2012 and 2013, of the $28bn earmarked for gender equality globally, the overall funding for women’s organisations was less than $400m, said ActionAid.

A global survey of 740 women’s organisations conducted by the Association for Women’s Rights in Development (Awid) in 2010 found the average annual income of these groups was just $20,000 (£12,000). Organisations in sub-Saharan Africa often receive just $12,000 a year.

Doris Owusu Prempeh, a member of a community-based anti-violence team (Combat) in southern Ghana supported by ActionAid, said she had seen a reduction in gender-based violence locally in the five years since her team had been working.

The team, comprised of three women and four men, educate people about what constitutes domestic violence and why it’s wrong, and support those who have been attacked, with counselling and reporting the crime to the police. “When we started, we had so many cases [of violence] but now it has reduced to one a month. When we started, we got more than six or seven a month because there was no education about domestic violence,” she said.

But there is only so much the group is able to do. Police are sometimes reluctant to pursue an arrest unless they are paid by the victim or the family. “We don’t have money and our work is voluntary so that makes it very difficult for us to report cases,” she said.