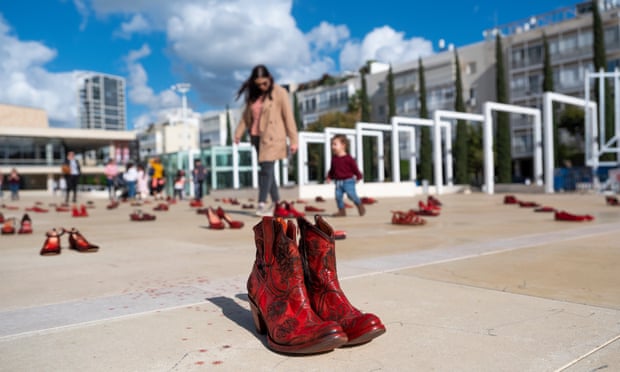 A moment of silence was held to mark killings of 24 women and girls in Israel this year.

Red shoes on display in Tel Aviv as part of the protest calling for an end to violence against women.  Photograph: Jim Hollander/EPA

Thousands of Israeli women have protested against domestic violence in a nationwide strike, calling for more action and state funding to deal with the problem.

The strike came after two girls were killed last week, bringing the number of women and girls murdered in Israel this year to 24, according to Israeli media reports.

Women were staying home from work and holding demonstrations in cities throughout Israel, some blocking roads. 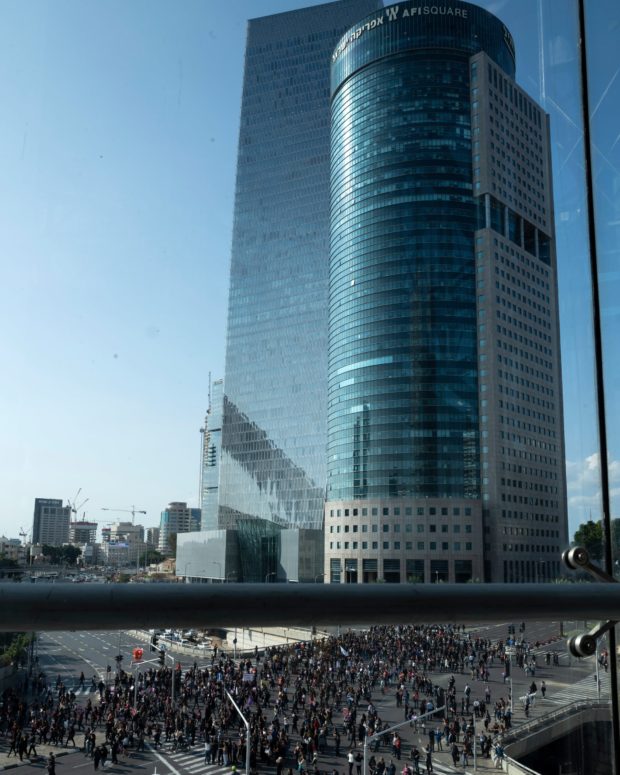 Protesters observed a moment of silence to mark the 24 deaths this year.

“Bibi, wake up, our blood is not cheap,” protesters chanted near the entrance to Jerusalem, referring to the prime minister Benjamin Netanyahu.

The road had been smeared with red paint, symbolising the blood of victims.

Speaking on Sunday, Netanyahu mentioned a recent visit to a women’s shelter, following which he decided to head the governmental committee to combat domestic violence.

“We will convene the committee time after time,” he pledged, “to bring a better future and hope for these women.” 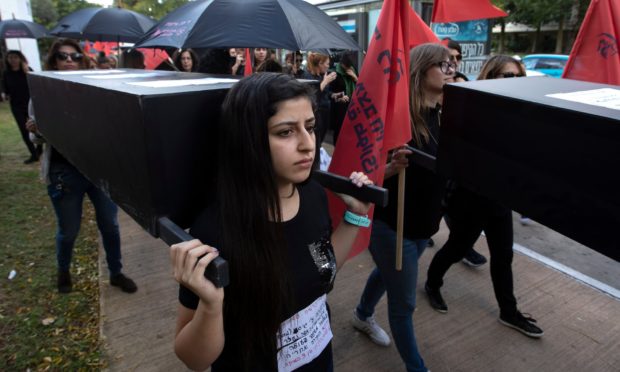 A young Israeli woman carries a coffin during a protest held by family members and friends of women killed by violence in Tel Aviv, Israel. Photograph: Jim Hollander/EPA

Members of the opposition, however, accused the government of failing to fund the existing programme to deal with the problem.

“It’s all a matter of priorities,” Ksenia Svetlova of the Zionist Union said during a parliamentary hearing.

She said 250m shekels (£52m) for the programme had not been transferred.

“The welfare offices are on the brink of collapse,” said Svetlova.

A central rally was planned for Tuesday evening in Tel Aviv.